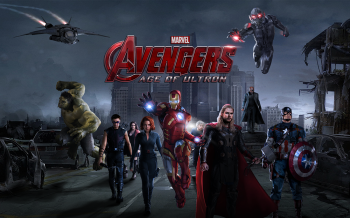 According to Disney CEO Bob Iger, Star Wars will continue past Episode IX, and there are no plans to ever stop making Marvel films.

Disney is just about to kick off Phase Three of the Marvel Cinematic Universe, building to an explosive finale in the two-part Avengers: Infinity War. But everybody knows the series won’t stop there – Marvel Studios already admitted its plans extend to 2028. So when will stories of the Avengers finally come to an end? According to Disney CEO Bob Iger, perhaps never.

“[With] Marvel, you’re dealing with thousands and thousands of characters – that will go on forever,” Iger said. Presumably the only thing that might halt Marvel superhero films is audiences getting tired of them, which Iger doesn’t see happening anytime soon. “I don’t think they’re getting weary, but I think we keep raising the bar in terms of telling stories that bring them back, that excite them, that make it feel new and that is what we do for a living.”

Iger’s certainly not wrong. Critics have argued that audiences would get sick of superhero films ever since Phase 1, but Marvel Studios have consistently put out multiple smash hits a year. And with Civil War, new Avengers movies, and an anticipated Spider-Man reboot on the way, that’s unlikely to change anytime soon.

And Disney won’t be stopping with Marvel. Star Wars is already getting a multi-film treatment which Iger confirmed that won’t end with Episode IX. “There are five Star Wars films – four more with Episode VII: The Force Awakens – that are in varying stages of development and production,” Iger outlined. “There will be more after that, I don’t know how many, I don’t know how often.”