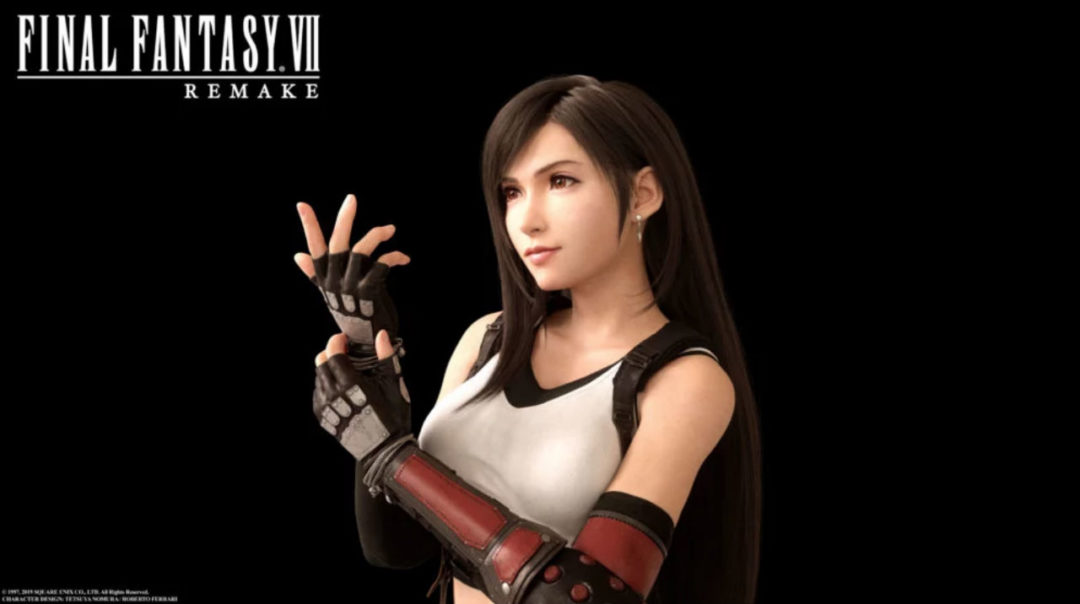 Final Fantasy VII Remake is playable at E3 2019. It exists. We’ve played it. You won’t be able to play the game until Final Fantasy VII Remake’s release date rolls around like an improbably proportioned steampunk motorcycle ridden by a spiky-haired anime heartthrob wielding a sword the size of a Bob’s Big Boy statue on March 3, 2020. We can at least tell you how it feels to play here in 2019.

“Very short hands-on demo,” Yahtzee Croshaw notified us from the E3 show floor, “although it had some very long ladders. Basically just climbed down into the reactor and fought a boss.”

That would be the Scorpion Sentinel shown off in both Square Enix’s E3 2019 press conference and even all the way back in the original 2015 trailer for the scrapped first attempt at the Final Fantasy VII Remake. As the first boss in the game, the Scorpion Sentinel doesn’t give you the full fat version of the game’s action as you’re only allowed to use Cloud Strife and Barret Wallace rather than the three character lineup used through the bulk of the game. Even in a truncated form, though, Yahtzee found the fights savory. “Combat wasn’t bad though, hectic and real time like Final Fantasy XVbut with the ATB system that works well as a way to take a breather and think about your moves.”

Thing is, though, Yahtzee thinks Final Fantasy VIIshouldn’t be remade at all: “I’m opposed to this sort of thing on principle because from an artistic perspective I think games should stay as capsules of the time they were made in rather than continually brought up to date every few tech generations.”

I tend to disagree with Yahtzee’s point of view. As I’ve argued here at the Escapist before, every game is an ideal candidate for a remakeprovided the vision and execution are there. I readily admit that I’m carrying around no small amount of anxiety about Final Fantasy VII Remake. Not just because I think the original is an enduring artistic accomplishment that holds up far better after 22 years than it’s generally given credit for. More concerning to me is the fact that while there’s a remarkable vision at work in this remake — the trailers look spectacular, it already plays well, and it plans to expand on the story and setting in meaningful ways — the scope of the project is still in flux. Final Fantasy producer and original Final Fantasy VIIdirector Yoshinori Kitase told Kotaku at E3 2019 that while the plan has always been to spread the remake over several full-sized games, Square doesn’t know how many games it will make. The company took five years to make one entry that covers just 10 percent of the story. Square Enix president Yosuke Matsuda alsotold Game Informer that the project will span multiple console generations. It’s one thing to remake a game when the methodology and end goal is clear. It’s another to start remaking a game and end up with what is likely an open-ended franchise.

My misgivings are far outweighed by my excitement for Final Fantasy VII Remake, though. The original still exists and it’s readily accessible in 2019 on all manner of machines; why not let the remake be something truly different? If I have one legitimate complaint about it, it’s that by focusing this release entirely on the Midgar city chapter that opens the original game, Square Enix is sidestepping the dozens of bizarre and wacky scenarios that make up the rest of it.

Oh you want to expand on Avalanche, Square Enix? I’m sure you do. I’m shocked you don’t want to dig deeper on the plush robot kitty cat that rides an obese, fanged marshmallow with elongated arms that is secretly piloted in battle by a corporate whistleblower. Or that you want to avoid finding a way to make this fetchingly realistic rendering of Cloud leap off the face of a dolphin because it will look absurd no matter how artfully it’s wrought. This is a game where you have to make chickens have sex until they give birth to a magical one that can walk on water so you can explore a cave where you’ll find a rock that lets you summon Arthurian ghosts to slap frogs for you. That’s Final Fantasy VII.

At least this one has to eventually introduce Red XIII, the talking dog-lion hybrid that wears feathers in his hair and lives in a canyon with his bald, flying adopted grandpa. No avoiding that weirdness in Midgar.

E3 2019 Hands-on: Vampire: The Masquerade — Bloodlines 2 is a Warts-and-All Follow-up