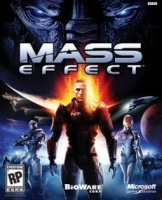 Electronic Arts has taken Fox News to task over their grossly erroneous Mass Effect report, requesting the network “correct the record” on the popular roleplaying game.

A Fox News segment on Monday featured a brief debate, transcribed on GamePolitics, between talk show host Cooper Lawrence and videogame journalist and Spike TV host Geoff Keighley. The opening of the segment featured a banner reading, “‘Se’Xbox? New Video Game Shows Full Digital Nudity and Sex,” while over the course of the interview, Lawrence and host Martha MacCallum made various false claims about the game despite Lawrence’s admission that she has never actually played it. Following the debate, one “panelist” commented, “Who can argue, possibly, that Luke Skywalker meets Debbie Does Dallas is a good thing?” while another suggested the game should have received an AO (Adults Only) rating from the ESRB.

In response, Electronic Arts Vice President of Communications Jeff Brown has sent a letter to Teri Van Horn, producer of the Fox News Live Desk program which aired the Mass Effect segment. The letter, posted on Kotaku, points out several “errors and misstatements” made on the program with regards to the sexual content of the game and its alleged marketing to children, and provides detailed corrections. From the letter:

Your headline above the televised story read: “New videogame shows full digital nudity and sex.”
Fact: Mass Effect does not include explicit or frontal nudity. Love scenes in non-interactive sequences include side and profile shots – a vantage frequently used in many prime-time television shows. It’s also worth noting that the game requires players to develop complex relationships before characters can become intimate and players can chose to avoid the love scenes altogether.

FNC reporter says: “Critics say Mass Effect is being marketed to kids and teenagers.”
Fact: That is flat out false. Mass Effect and all related marketing has been reviewed by the Entertainment Software Rating Board (ESRB) and rated Mature – appropriate for players 17-years and older. ESRB routinely counsels retailers on requesting proof of age in selling M-rated titles and the system has been lauded by members of Congress and the Federal Trade Commission. In practical terms, the ratings work as well or better than those used for warning viewers about television content.

Brown goes on to suggest that the Fox treatment of the game “represents a new level of recklessness,” and wrote, “Do you watch the Fox Network? Do you watch Family Guy? Have you ever seen The OC? Do you think the sexual situations in Mass Effect are any more graphic than scenes routinely aired on those shows? Do you honestly believe that young people have more exposure to Mass Effect than to those prime time shows?”

Although EA is typically the target of enthusiastic trashing by gamers, in this instance they’re receiving widespread applause and support for both standing up for the industry and taking the moral high ground while doing so: In his conclusion, Brown wrote, “This isn’t a legal threat; it’s an appeal to your sense of fairness. We’re asking FNC to correct the record on Mass Effect.”