Zombies, these days, are seen as a kind of horror movie/game crutch. “Oh, not zombies again,” we say, as we roll our eyes. This is thanks to an over saturation of the sub-genre, with franchises that aren’t even known for featuring the walking dead shoe-horning them in in some way. However, zombies have gone through a lot of subtle evolution since first being introduced to pop culture with Night of the Living Dead. This is especially true for Resident Evil‘s zombies. In Resident Evil, the game is the zombies, so keeping them fresh and interesting with every iteration is no easy task. To celebrate the 20th anniversary of the franchise, let’s have a look at just how much the Resident Evil zombie has evolved. 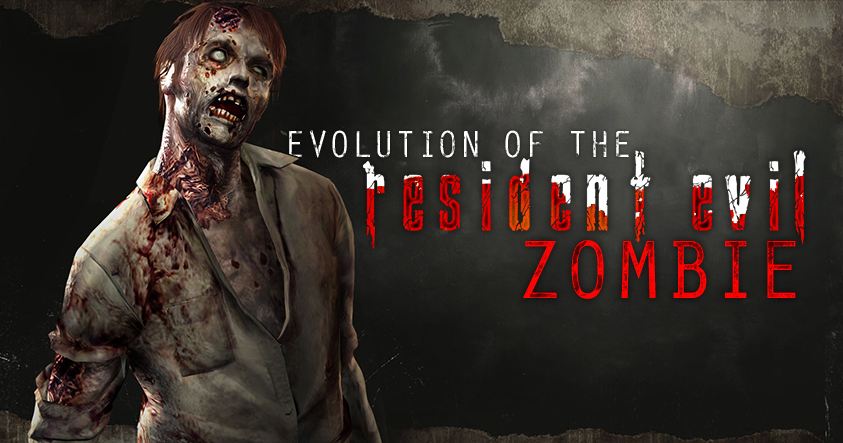 The original Resident Evil featured a colorful array of zombies. It introduced us to the bog-standard t-virus infected zombie: a slow moving, brain eating, dead human. This kind of zombie was par for the course at this point, having appeared in plenty of other media and games. What was new to Resident Evil was the various “special” zombies introduced in the game. 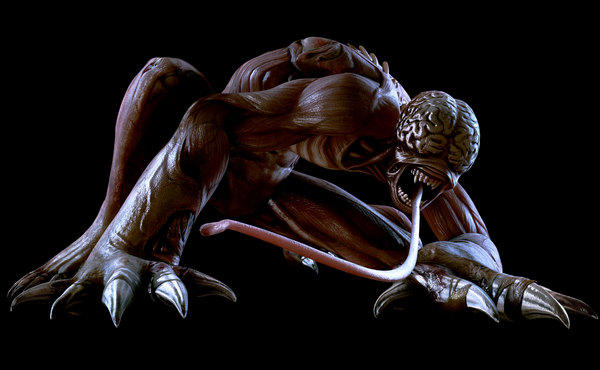 The Cerebus (not to be confused with your run-of-the-mill Zombie Dog) was a special kind of canine zombie that retained all of its agility from life. First encountering them in the game threw players who had been used to simply walking away from slow-moving humanoid zombies a pretty big curve-ball. Other special zombies, like Plant 42, the Chimera, and of course “Tyrant”, the game’s end boss, set the tone for the evolution of the zombie throughout the series.

Resident Evil 2 retained the classic Resident Evil zombie but also introduced us to some new mutations. The “Licker” was one of the game’s new special zombie, being a fast hunter-type zombie with a ranged attack. The “Web Spinners,” were, as you would imagine, simply giant spiders, and the game also gave us an updated version of RE 1‘s Tyrant zombie as another mid-boss.

Resident Evil 3: Nemesis is where things start to get a little weird. As well as the game’s titular Nemesis “smart zombie,” that spends the whole game tracking Jill, RE3 also featured stuff like the Bloodsucker – a mutated millipede, and the Drain Deimos, which was a giant freaking tick. 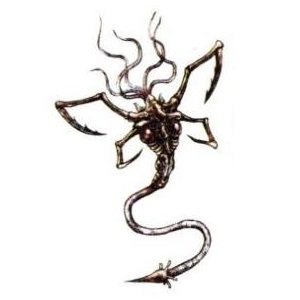 Resident Evil 4: The One With That Annoying Escort Quest was where the series shook things up. The “zombies” in RE4 were actually Spanish villagers who had been infected with ancient, facehugger-from-Alien-style parasites: the Plaga. Unlike the mindless t-virus zombie, Plaga zombies were smart, strong, and worked as a team. Called the “Ganados,” these guys really threw the core concept of the series on its head, by actually punishing players for going for headshots. If the heads of the more advanced monsters were blown off, the Plaga parasite would burst out of the neck stump and become an additional foe. One of these Ganados was the infamous chainsaw man, who quickly became one of Resident Evil‘s most recognizable creatures.

Resident Evil 5 continued with the Plagas line of monsters, only reintroducing t-virus creations like The Licker at a few select points in the game. This time around the infected are called Majini (Swahili for “evil spirit”), and as well as the now infamous chainsaw man-type, we were given the horrific, Silent Hill-style executioner type. This game also saw series mainstay Albert Wesker mutated with the uroboros virus, which, terrifyingly, also accidentally infected some cockroaches, turning them into the nightmare fuel supplying “Reapers.”

For Resident Evil 6, the series turned back towards zombies. However, this time, they were “c-virus” zombies, which while similar to their t-virus cousins, did have some special abilities. Namely, c-virus zombies are capable of using weapons, both melee and ranged. That’s right, the zombies in Resident Evil 6 could actually shoot guns at you. C-virus zombies could also go through a caterpillar-to-butterfly style metamorphosis, emerging as even more strange and bizarre creatures at the end, like the Napad.

The Resident Evil zombie has changed a lot over the years, bringing with it countless weird and wacky variations. While the humble, shambling undead t-virus zombie may instantly be the most recognizable, mutations like Nemesis and the Chainsaw Man have become just as iconic. What’s your favorite Resident Evil zombie? Be sure to let us know in the comments. As for us, well, we can’t wait to see what Capcom will think up for Resident Evil 7!

Learn to Make Your Own Games with this Game Creators Ultimate Bundle!