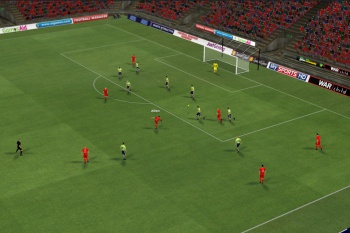 If a company could ensure two weeks’ worth of game sales where the game couldn’t be pirated, how much money does it stand to make? According to Sports Interactive, two weeks of piracy-free sales will earn enough money to hire several new staff members.

Last year’s Football Manager 2012 opened to strong sales figures. Publisher Sega and Sports Interactive believe that the boost in revenue was due to newly implemented copy-protection that temporarily foiled software crackers. As a result, the company was able to take on an additional “17 or 18” developers to help add over 900 new features for Football Manager 2013.

Studio director Miles Jacobson confirms that the two weeks of piracy-free sales have been beneficial, and it sounds like the DRM trend will stay. “The new game has a new system being used, and as of the time of talking the Beta hadn’t been cracked,” he says.

“If we can hold a few more weeks, it would be a benefit to retail and ourselves. And ultimately for the consumer, because once again if we do much better this year, we will invest that back into the studio, take on more people and do more features.”

Football Manager 2012 was the first game in the series to require the use of Steam to activate the product online; a move which sparked outrage in the community where players claimed to run into issues running Valve’s gaming platform.