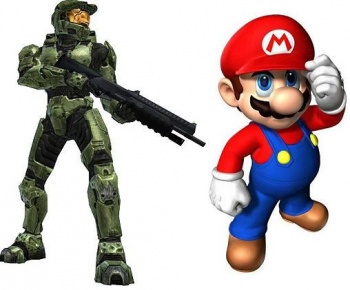 The former president of SCEE strongly believes that the rising costs of hardware development will encourage the big three to share resources.

Developing a next-generation videogame console is expensive. So expensive, in fact, that former Sony Computer Entertainment Europe president and current Capcom COO David Reeves thinks that the major players in the console business will be driven together within the next 15 years.

It seems like an impossible scenario for Sony and Microsoft to team up, but Reeves feels pretty strongly about the possibility. He revealed his thoughts on a possible one console future in an interview with CVG.

“When you’re on the first-party side, you realize how really, really expensive it is to develop a platform,” he said. “Whether it’s PS3, or Xbox 360 or even Wii, they cost millions – maybe not billions, but absolutely millions.”

Making those millions back has become more challenging than ever with competition in the market coming from digital distribution, and worldwide economies taking a plunge. Reeves feels that someday, Microsoft, Sony and Nintendo will get sick of splitting the industry’s profits between them.

“Eventually, it may just become so expensive to develop that Microsoft and Sony say, ‘Okay, let’s get together.’ I’d say it’s between 10 and 15 years away,” he continued. “That’s how long I think it will take. I don’t think it will be the next console cycle, but probably the next cycle after that, where you might have something platform-agnostic.”

Reeves added that there could be another player by then, such as Google, joining the fold to team up with one of the big three. He paints a future where Mario can someday become a secret character in God of War, or where Master Chief is included in Super Smash Bros. 15 years is a long time, but does anyone else actually think this is remotely possible?

The Witcher 2: Epic, Everywhere and No DRM