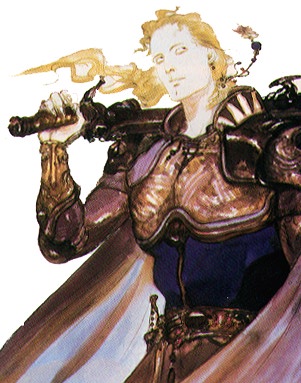 The US National Endowment for the Arts now considers videogames eligible for artistic funding, legally recognizing them as an art form.

The “games as art” debate will likely continue raging for years before videogames reach complete cultural acceptance, but at least one important organization now officially considers games art: The US Federal Government. Or, rather, the National Endowment for the Arts (NEA) considers games art – which technically amounts to the exact same thing.

For those not familiar with the NEA, it is a US government organization-slash-program which funds artistic projects around the country which will “enhance the public good.” If you’re an artist who wants to make a beautiful sculpture for a public place, for instance, and you don’t want to sell it commercially – but you would like to continue eating – you can apply for a grant of up to $200,000 to make your work of art. There are all sorts of regulations and scrutiny in the application process, but that’s the basic idea, anyway.

The NEA opened its application doors this week for 2012, and announced that it would be changing its criteria for what counted as art. Most significantly for our chosen pastime is that the category formerly known as The Arts on Radio and Television will now be known as The Arts in Media. It will include film, television and radio artistic projects, but will also add satellite-based and internet-based media (as opposed to just landline-based broadcasts) and, you guessed it, interactive media:

Projects may include high profile multi-part or single television and radio programs (documentaries and dramatic narratives); media created for theatrical release; performance programs; artistic segments for use within an existing series; multi-part webisodes; installations; and interactive games. Short films, five minutes and under, will be considered in packages of three or more. (Emphasis ours)

Of course, any developer who wants federal funding for his or her next game will be competing with filmmakers, TV producers, radio stars and now internet productions too. Still, it means that an aspiring game-maker with an idea for an artistic game – which would have to be available for free, mind you – might have a shot at making it without being beholden to a larger publisher.

Naturally, this wouldn’t just be the AAA-style of game that we’re all accustomed to. Not only is $200k laughably small to the sort of money that goes into your average Call of Duty or Portal, the NEA only offers grants to projects which it deems for the public good. It’s a safe bet that whatever game projects it approves – if any – will likely be different from what we see on shelves at GameStop.

But really, whether or not this grant will fund the sort of games that you and I would play for fun in our free time is ultimately irrelevant. What matters is that the NEA now officially considers videogames worthy of artistic merit, which is pretty damn cool.