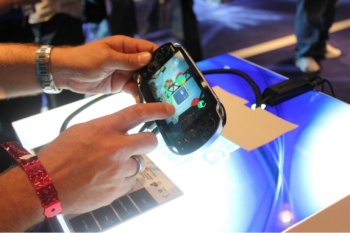 LittleBigPlanet Vita is now on sale at GameStop despite a September 25th release date.

Though the Vita iteration of LittleBigPlanet isn’t due out until September 25th, everyone’s favorite retailer GameStop is selling it a little early. As in, right now. A quick trip to my local GameStop confirmed this, as I was able to pick up my reserved copy of the game.

A GameStop employee told me that LittleBigPlanet didn’t have a street date in the retailer’s computer, which allowed it to sell the game as soon as it came in. Oddly enough, GameStop’s website still lists a Sept. 25th release date; Amazon and Best Buy have the same release date posted.

According to Sony, LittleBigPlanet‘s release date hasn’t changed, but there’s no telling how GameStop’s sales will affect other retailers’ decisions to sell their copies. It’s possible this was all caused by a simple misunderstanding or computer error, and GameStop may opt to stop selling early copies of the game once it’s sorted out. As of right now, though, LittleBigPlanet Vita is available, so if you don’t want to wait another week and a half, that’s your best bet.

Behind the Design of WoW: Mists of Pandaria