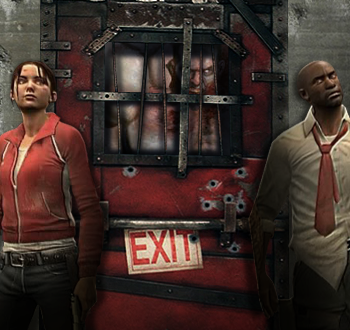 It’s amazing what people will do for a measly 35 points.

There’s a certain thrill that comes with unlocking a new achievement, and for some, squeezing the full thousand points out of a game is as much fun as actually playing it is. Some games really make you work for your points though, and in Issue 303 of The Escapist, Brandon Cackowski-Schnell says that one Left 4 Dead achievement was seemingly behind him and his friends, but only if they played fair.

I was the first at work to pick up Left 4 Dead and didn’t plan on getting all of the achievements, as they seemed well beyond my abilities. For Petey though, if a game went on his tag, he was getting all of the points … The problem with Petey’s plan for Left 4 Dead domination was the achievement “What Are You Trying to Prove,” which asks you to “survive all campaigns on Expert”. It’s worth 35 points, not a lot considering the amount of effort required, but it might as well have been worth 1000 points. The main stumbling block was that to survive a campaign, you had to play the whole thing in one sitting.

Then he discovered a glitch that fooled the game into thinking you had completed the whole campaign on Expert when all you had to do was play the finale. As glitches go, this was the Golden Ticket. The only problem I saw was that even with this glitch, we still had to do the finales, all four of them, on expert. “Don’t worry,” Petey said, “we can so totally do the finales on expert.”

We so totally could not.

With Valve working on a patch, Cackowski-Schnell and his friends knew that they had to hurry if they wanted that achievement. You can find out whether or not they were successful, as the weird and wonderful tricks they used in their attempt, in his article, “Glitching the Tank.”

Homeland Security and FBI On Hunt for PSN Hackers