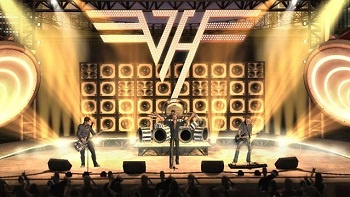 With waning sales and market oversaturation, the Guitar Hero division’s chief executive is leaving Activision as it tries to steer the franchise back on course.

The Guitar Hero franchise at one point stood for an innovative revolution in rhythm gaming. With the advent of Rock Band, as well as growing economic issues, the franchise began to see a drop in profit. Dan Rosensweig joined Activision in March in order to give the franchise a boost, and oversaw the biggest release of Guitar Hero games to date.

Under Rosensweig’s tenure, Activision released four games: Guitar Hero 5, Guitar Hero Van Halen , DJ Hero and Band Hero. All of the releases had less than stellar sales, doing little to boost the franchise in a time where the sale of rhythm games are dropping across the board (Rock Band, also performed poorly with the much-hyped Rock Band Beatles).

Instead of replacing Rosensweig, Chief Operating Officer David Haddad will instead be taking the reins of the franchise, reporting directly to Activision CEO and President Mike Griffith. Griffith issued a statement saying Haddad “…is the right leader to drive our agenda to improve profitability.”

As for Rosensweig, he’s headed to Chegg, a textbook rental firm where he will serve as chief executive.

While Guitar Hero may be on the ropes, it’s far from out of the match. Activision hopes to revitalize the franchise by cutting down on the actual product releases. If that means they’re not trying to sell us a new, expensive peripheral set with every new Guitar Hero installment, it just might work.

Analyst Says Darksiders Was A Disappointment for THQ

More Confirmation for Final Fantasy XIV on the Xbox 360