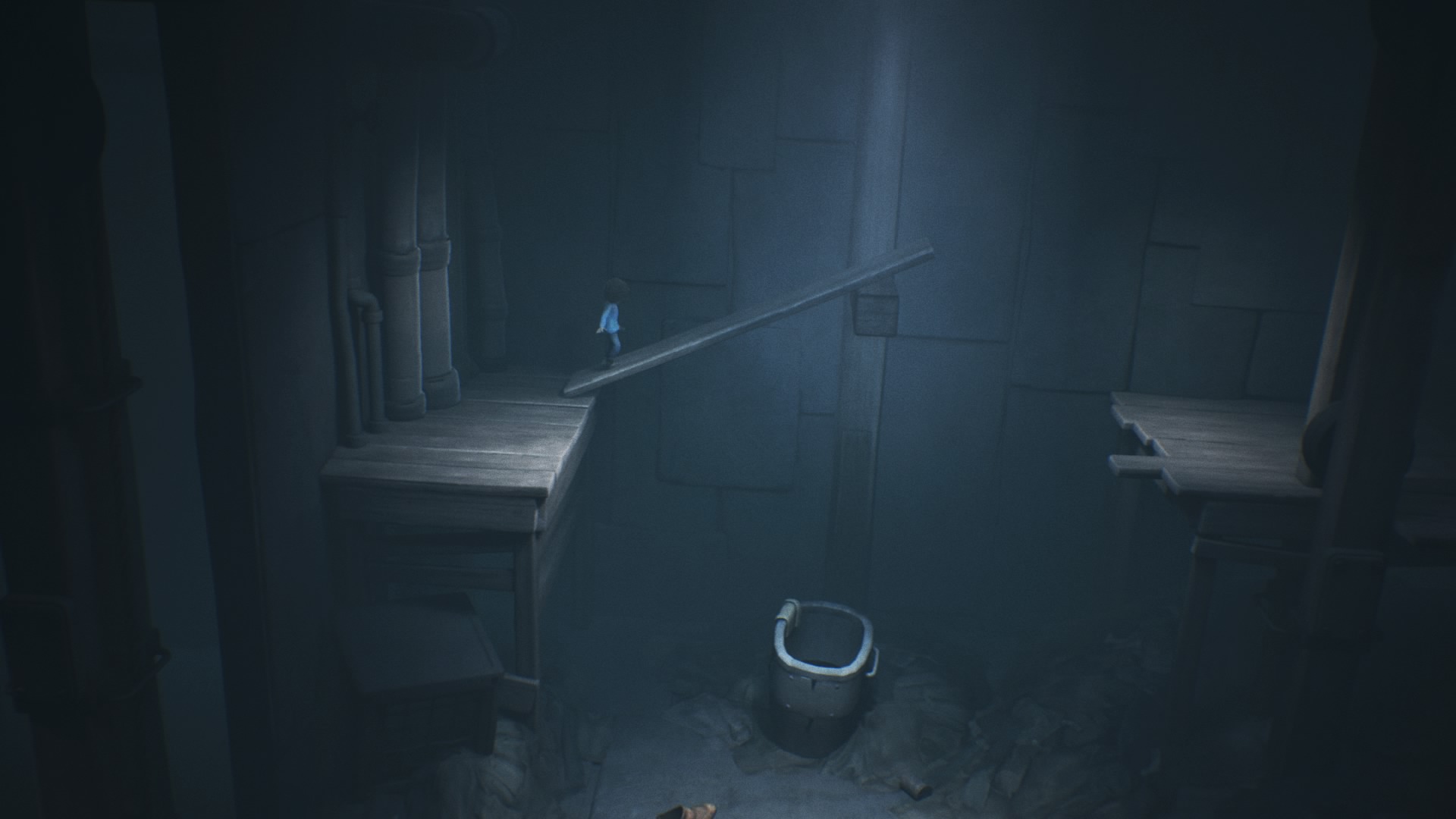 Earn 100% of the achievements / trophies in The Depths, the first chapter of Secrets of the Maw, with this quickie guide explaining how to earn “Fun and Games Ahead”.

This hidden Little Nightmares trophy involves a ball of wadded-up linens, a bucket, a whole bunch of rats, and a two-point shot. It isn’t too hard, but when you’re trying to escape from the grotesque Grandma creature, you’re probably not thinking about fun and games.

Here’s where to go (and what to do) to unlock the secret achievement / hidden trophy.

Fun and Games Ahead | Secret Guide

To unlock the only secret achievement / trophy in this chapter, reach the room filled with filthy linen after escaping your first encounter with the Grandma. After tossing bloody chum into the water and swimming away, you’ll reach a room with a metal bucket in the background.

To the right, find a wrapped up ball and pick it up. Toss the ball into the metal bucket, and a swarm of rats will appear. A few seconds later, and you’ll unlock the achievement / trophy.

What exactly is that ball of linen? It might actually be a potato for all we know, but it does send the rats hiding inside the bucket (or toilet bowl) scurrying when you land a shot. You can also climb into the bowl and scare away the rats, but that won’t earn you an achievement / trophy.

This secret achievement / trophy is very similar to the secret challenges in the vanilla version of Little Nightmares. In that game, you could earn them for hopping around on pianos, throwing ingredients into the cook’s pot, or jumping on beds. It’s all about interacting with the environment in playful ways, something the main game doesn’t much involve. If you’re not escaping butcher knife wielding freaks, you’re escaping from long-armed monstrosities in dingy, creepy locations. There’s not a whole lot of fun in the Maw, so the Kid makes it where he can.

New Fortnite Cinematic Shows How you Defend a Burger Joint