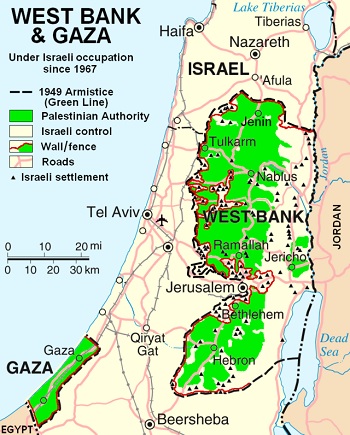 How does the Israeli-Gaza conflict intersect with gaming?

The video game industry is largely propped up by first-person shooters, and some of the most popular games in this genre are set in the Middle East. At the same time, players online fling racial and religious epithets at one another with a vulgarity one rarely sees in direct interpersonal communication. It would seem obvious that a major conflict in the Middle East would interact in some way with the games we play and how we play them. Similarly, it would stand to reason that the media we consume should affect how we view real world events.

Our sister site, Every Joe, has two opinion pieces on the intersection of gaming and the current Israeli-Gaza conflict. Daniel Epstein, contributor to Escapist series No Right Answer, explored his history with antisemitism in online gaming in the piece “How the Israeli-Gaza Conflict is Ruining Online Gaming“. Epstein questions how gamers can be so comfortable using antisemitic remarks and how video games make player feel removed from conflict. Ultimately, he ask gamers to “not let a land dispute/terrorist war in one part of the world lead to widespread hatred for the peoples involved – especially in gaming, something that’s supposed to be fun and bring us together.”

An alternate view was posted by Ma’idah Lashani, former Escapist community manager, called “How Online Gaming is Exacerbating the Israeli-Gaza Conflict“. Lashani reflects on her past with gaming, recognizing the similarities between the home of her ancestors and the battlefields of modern military shooters. She explores how gaming frames our perception of real world events and states “we need to think more as a society about the lessons that we’re learning from the games that we play, and the effect that they can have on our perception of the real world.”

The Israeli-Gaza conflict is already frequently discussed across the internet, including in the Escapist forums, and Epstein and Lashani’s articles bring interesting perspectives to how this conflict intersects with gaming.