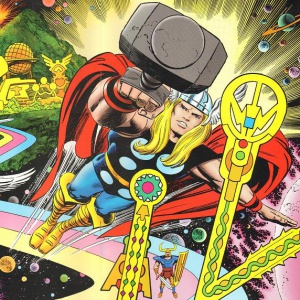 It’s unlikely to work, but the estate is trying out an interesting tactic in the long-running battle over ownership of some of Marvel’s most successful characters.

In what amounts to a last ditch attempt against overwhelming odds, the estate of Jack Kirby filed a petition yesterday with the United States Supreme Court that seeks to overturn prior court rulings denying them rights to characters Kirby created or co-created for Marvel comics that are now worth billions.

The legendary artist co-created most of Marvel’s most successful characters, including The Incredible Hulk, Iron Man, The X-Men and Fantastic Four during his employment with the company in the 1960s. After leaving Marvel, Kirby chose not to challenge the publisher for ownership of these characters – he chose instead to fight for ownership of physical copies of his art – but since his death in 1994, his family have waged an uphill battle against Marvel to assert control over his creations

That effort culminated with a 2009 attempt to issue a termination notice to Marvel (which would force the rights to these characters to revert to the Kirby estate) under the terms of the Copyright Act of 1976. In 2011, a lower court rebuffed these claims, ruling that Kirby’s freelance contract was a work for hire deal, which are expressly exempted from termination of rights under US copyright law. This was followed by a ruling last year from the 2nd Court of Appeals in New York that upheld the lower court’s decision.

Now the estate is pinning its hopes on a novel, and potentially earthshaking strategy to win.

The petition, available online courtesy of Deadline, notes that a 1972 Second Circuit Court Decision expanded the definition of work for hire to include contract workers, under what is known as “the instance and expense test.” The instance and expense test, first articulated in a 1965 Ninth Circuit Court decision, holds that if a contract does not specifically secure rights for the employee, if “the motivating factor in producing the work was the employer who induced the creation,” and if said employer is able to “supervise and direct” the contractor in their work, the contract worker cannot claim the right to copyright ownership. (See more here.)

The rulings against the Kirby Estate in 2011 and 2013 rested on that definition of instance and expense. But the Kirby’s estate is now arguing that since Kirby paid for his own expenses and further, since “Marvel was not obligated to pay, nor paid, for Kirby submissions it did not wish to publish,” Kirby was not actually confined to a work for hire scheme. In other words, the Kirby Estate is asking the Supreme Court to drastically narrow the definition of what falls within the “issues and expense test.” That is absolutely huge.

It goes without saying that if SCOTUS were to rule in favor of the Kirby estate, it has potential to alter the current reality not only for comics creators, but freelancers of all stripes. Unfortunately, given how the current court has recently ruled in a score of issues that touch, at least tangentially, on the issues discussed in this case, one should probably not be optimistic it will even decide to hear the case. And if it does, a lopsided decision in favor of Marvel may be likely.

Marvel and Disney have until April 28 to issue a response. We will be paying close attention.

“Doomstick” Shotgun, Community Maps in Rise of the Triad 1.4 Patch

Marvel Studios Is Looking Ahead to 2028