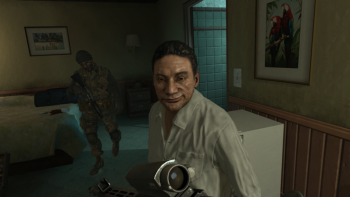 A judge ruled Activision’s use of Manuel Noriega’s likeness in Call of Duty: Black Ops 2 was based on publicly available materials and is a right to free expression.

Representing Activision, Rudy Giuliani, attorney and former New York City mayor, thanked the court for protecting free speech. “This was an absurd lawsuit from the very beginning and we’re gratified that in the end, a notorious criminal didn’t win,” he said. “This is not just a win for the makers of Call of Duty, but is a victory for works of art across the entertainment and publishing industries throughout the world.”

Noriega filed the lawsuit in July, claiming Activision had caused damage through its portrayal of Noriega and had used his likeness to increase sales.

Fahey concluded evidence shows Noriega is a “notorious public figure,” and his appearance is minimal in the game. Noriega appears in two missions for a “matter of minutes.” Activision also never used Noriega’s likeness in marketing.

The ruling states, “The complex and multi-faceted game is a product of [Activision’s] own expression, with de minimis use of Noriega’s likeness. Because the videogame is transformative, economic considerations are not relevant. Regardless, the Court concludes that the marketability and economic value of the challenged work in this case comes not from Noriega, but from the creativity, skill and reputation of defendants.”

Activision filed a dismissal of the lawsuit last month.

Noriega will not be allowed to re-file his complaint, as Fahey dismissed it with prejudice.