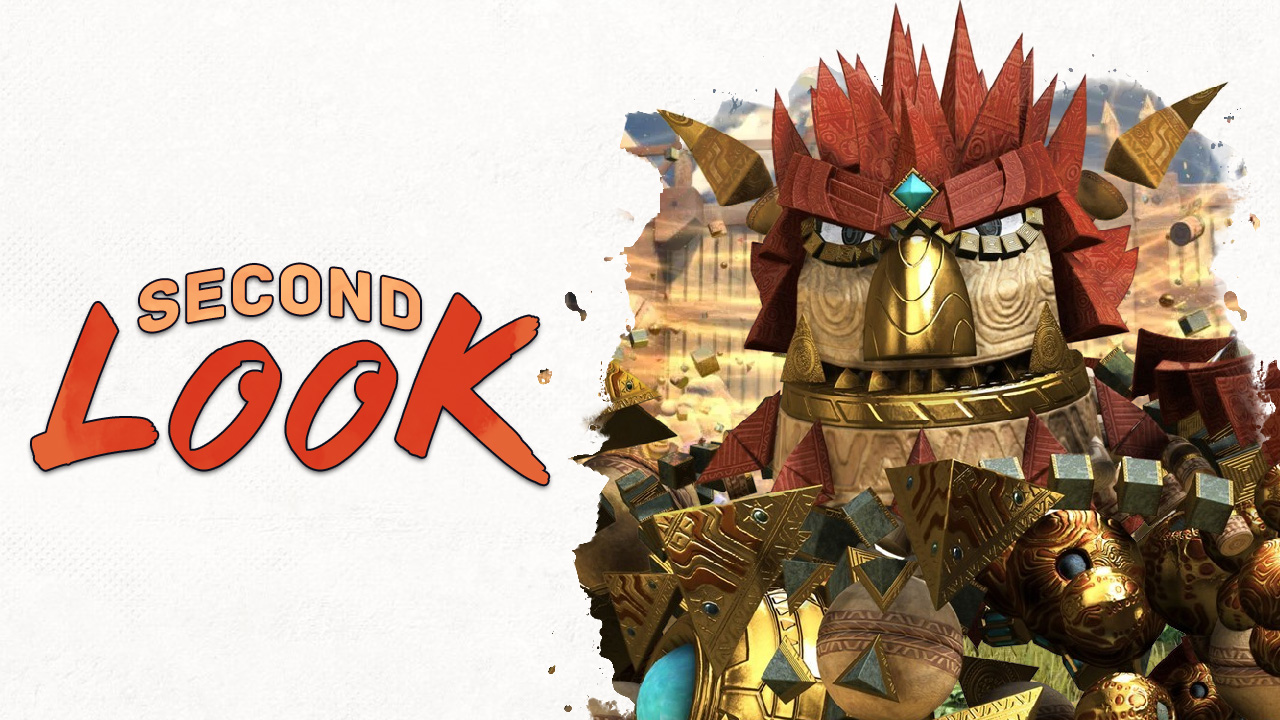 When nearly a hundred people voted for me to look at a random PlayStation 4-exclusive kids game, I was a bit surprised. I mean, Knack? Really? At first, I thought I’d damned myself to a tedious experience, as Yahtzee himself famously coined, “Knack is cack.” And yet, apparently there’s a thriving fanbase, memes, and even a fan music video for Knack.

So here I am, writing about how Knack is probably one of the best PS4 exclusives I’ve played, despite feeling like it’s a game from another era. If anything, Knack is a perfect example of how to do a retro tribute right. When SCE Japan Studio set out to create the next Crash Bandicoot, they nailed it, while elevating those long gone days of gaming into something wholly distinct.

Knack immediately carries a whimsical air with its world of technologically advanced humans and goblins fighting over ancient relics that magically power everything. You star as the relic-powered golem Knack, who can grow by absorbing relic pieces and raw materials. To give you an idea of how weird things get, the main antagonists are a goblin in a jet plane, a mad industrialist, and the industrialist’s ninja/mech suit pilot girlfriend. It’s an unusual tale, but it’s also well-acted (Ike Amadi steals the show as Knack.) and breezy enough to ensure you never linger for too long. That’s one of Knack’s strengths — nothing holds you back from having fun. 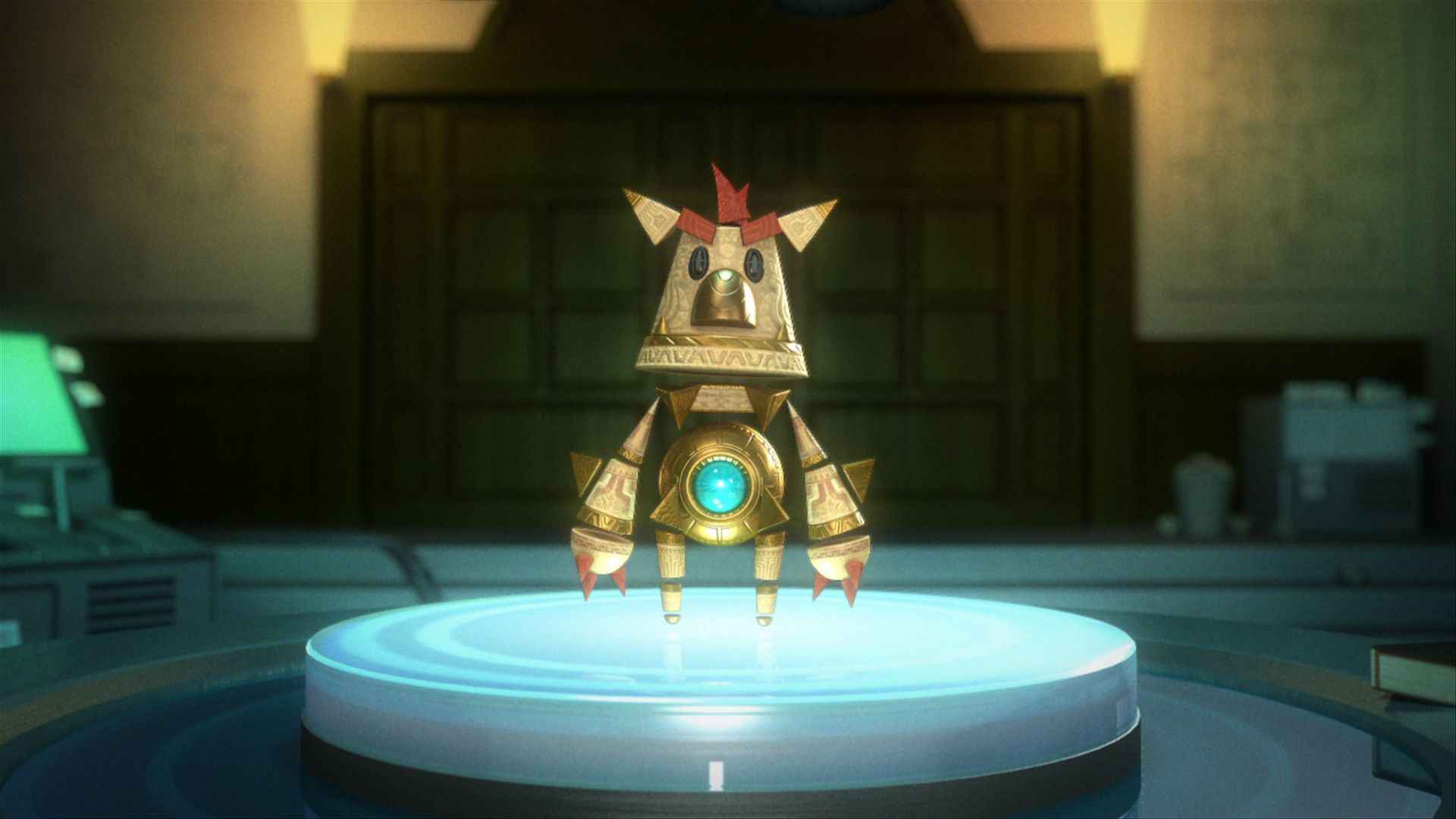 Knack doesn’t have a progression system, an open world full of sidequests, or even a manually controlled camera. You don’t need to learn complex combos or work to unlock an arsenal of options. Instead, what you get at the start of the game is pretty much it, save for some unlockable gadgets and variants of Knack that you can use on future playthroughs. Most of them are neat novelties, but none are crucial to finishing the game. Knack isn’t interested in following industry trends, but instead figuring out how to make a classic era of gaming palatable to modern audiences.

We take for granted things like checkpoints, unlimited lives, saving between boss stages, on-screen prompts, and such niceties. Most of these were not a regular thing in the ’90s. You often had to beat your head against a wall to make progress. Knack isn’t interested in that. It incorporates all of these elements alongside its easy-to-understand controls and moves. Knack tests you instead, keenly understanding the difference between challenging its players and being difficult for the sake of difficult.

This precise balancing ensures Knack can throw one of the most varied and intense gauntlets I’ve seen in any all-ages game. It’s an incredibly rewarding climb uphill, but mastering it can still be a lot to grapple with. Initial enemies just throw punches, but before long you’re dodging multiple projectiles, area-of-effect attacks, and environmental hazards at the same time. Titanic bosses dwarf you in even your largest forms, demanding you understand their strategies if you hope to survive. It’s a lot to take in, with unique enemies introduced right until the final hour of the game, but Knack’s learning curve smartly harnesses its protagonist’s ever shifting size to its benefit. 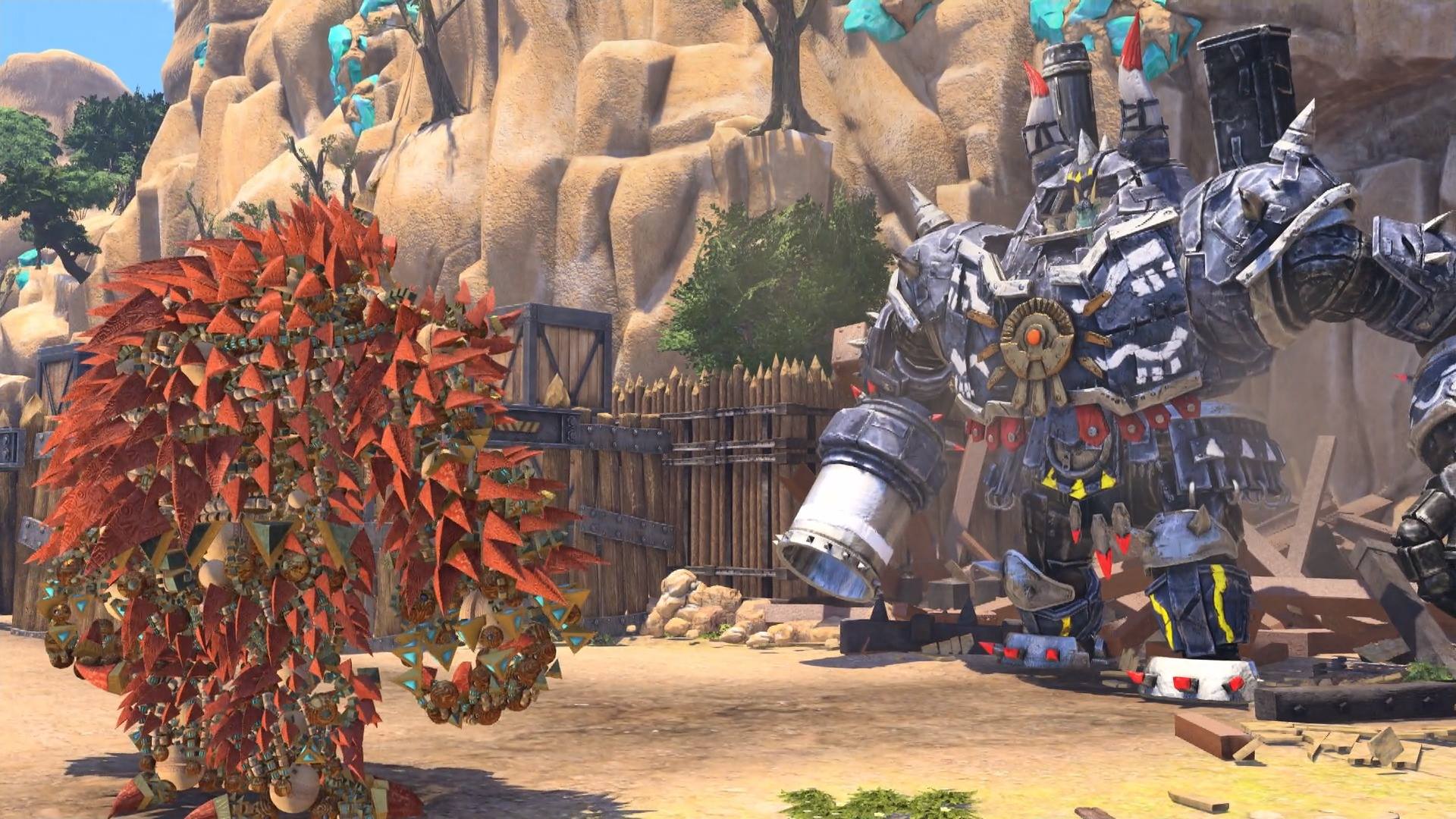 Every new location starts Knack at his smallest, pitting you against literal insects and tiny goblins who demonstrate the attacks you’ll need to practice against. You hone your skills on minor threats, slowly earning relics at just the right time to escalate the threat in kind. Over time, the giant goblins and robots who might’ve seemed like minibosses before are now meager enough to be downed in a single hit by Knack’s massive stature. By the end of every major chapter, you’re likely to be facing threats as large as skyscrapers.

Knack captures this amazing sense of rising power and mastery through both scale and gameplay like few before. You can tangibly feel your success, while still sharpening the same skills that keep you alive when you’re teeny-tiny. Achieving that strength and scale is a worthwhile battle. The precision polish on every enemy’s timing, animations, and the layout of combat arenas is superb. You can clearly follow the flow of battle with well-designed environments and memorable foes with multiple attack strategies. Nothing obfuscates the gameplay or holds you back.

This is the sort of elegantly simple yet devilishly deep combat you typically only see in something like Halo or Zelda. Anyone can pick up and play Knack, but someone who’s mastered it can disassemble every encounter in their mind before they’ve even executed the action. You’ll find yourself blitzing through hordes of enemies with the precision of a Platinum Games production. Combine this with an amazing soundtrack and spectacular sound design, and it’s easy to binge the game for hours at a time. 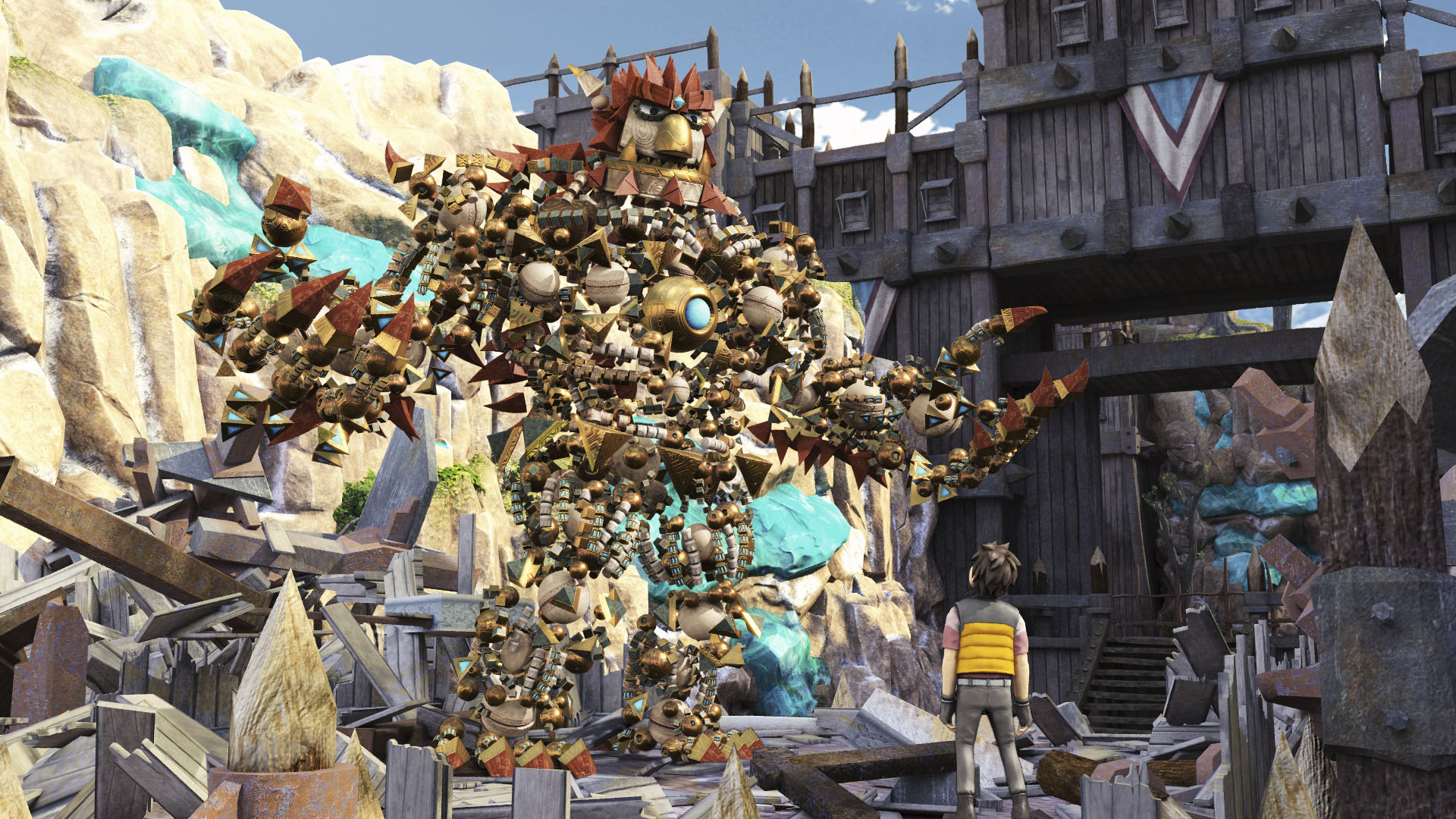 You’d think that maybe regularly going from a pitiful spec to a towering titan might grow old after a while, but the sheer amount of enemies to face, unique gameplay hooks, and gorgeous locales to explore keep things fresh. While your core three super moves (a ground pound, a tornado, and a ranged attack) are limited by energy meters filled by crystals found across levels, Knack’s real game changer is what different materials he can use. At one point, you might be avoiding lava flows to keep your ice armor intact or absorbing wood only to set yourself on fire to go on a charge against enemies. There are even stealth sections; it never outdoes Metal Gear Solid, but your stealth form is Knack at his smallest and most fragile, warranting you become an extremely artful dodger.

Knack is stunning, weird but remarkable. Sure, the brief moments where Knack tries to be a platformer are best forgotten immediately, and it absolutely will kick your teeth in if you go in expecting a brainless button-masher. Yet, even these aspects add to the retro charm. Knack is so much a love letter to the original PlayStation that I fear its earnest passion for nailing that goal is what hurt its critical reception.

I’ve played a lot of games that aren’t imaginative and are incredibly repetitive; Knack isn’t one of them. It’s a AAA game that’s also an indie-caliber labor of love. You can feel the defining, central focus here. Nothing’s lost in a miasma of unnecessary features jammed in for wider appeal. It’s so refreshing that it makes what came next for the burgeoning IP all that more heartbreaking — but more on that next week.

One Piece Live-Action Series Coming to Netflix, Creator Is Involved

Why Do Fans Want Rogue and Mystique in Captain Marvel 2? – The Big Picture