We should have expected it.

An entire issue of the magazine aimed at gaming’s most turbulent and controversial moments was bound to stir up some negative sentiment. And, in a way, I think we did expect that, but we didn’t expect what we got. Not really. We were even more prepared for the fallout from the Fallout fallout than we were for this.

We thought we’d chosen a safe, although titillating, assortment of stories from across the spectrum of gaming’s history to highlight for our “controversy” issue. Stories that, although controversial in their time, were now more or less moot points. Stories we could safely poke with a sharp stick without fear they’d leap up and bite our faces off. In fact, we intentionally avoided the Hot Coffee and school shooting minefields for Issue 101, mainly to avoid muddying the waters of introspection with any misplaced moral panic.

Boy, did we have it wrong.

For those of you who’ve never had a hand in media production, I should point out that knowing where you stand with the audience is always a bit of a mystery. Sure, we have ratings and traffic numbers and the like, but these tools are more than a little bit confounding, measuring things such as page views and unique visits, all of which in their own ways have meaning but combined in various ways mean different things. We can tell how many IP addresses look at a specific thing, for example, and how long each visitor stays, but many people can often share the same IP address, and sometimes people can have more than one. So even a “unique” IP isn’t necessarily a unique person. And even if we were able to determine with surgical precision exactly how many people looked at a specific thing, it wouldn’t necessarily tell us if they liked it.

The best we can do is assemble the numbers in the way that makes the most sense, then guess how many people they represent and what this says about what they think about our content. It’s tempting to think higher numbers indicate better content (and this is often the case) but it’s not always that easy.

Deciphering stats is therefore more of a voodoo art than a science, and so we spend a great deal of time – in addition to preparing content for your enjoyment – wondering if you even care. It’s always like this; at every level and in every medium. This is why the business of film financing is less about art and more about financial speculation. Even George Lucas’s wife incorrectly thought Star Wars was destined for failure. Half of the trick in media production is figuring out what the audience wants, the other half is giving it to them.

So when we prognosticated over what to put into our issue 101 of The Escapist, the first issue after our milestone 100th, we were typically contemplative about it. A broad spectrum article talking about moral panic witch hunts was a no-brainer. As was Mr. Perrin’s fantastic piece about Night Trap, since these two clearly defined the silhouette of controversy, and the latter gave it a focal point near the beginning of gaming’s history. For my contribution, I had just learned of South Korea’s seedy “game for sex” sub culture and wanted to explore the sexual dimension of virtual worlds. We were fairly sure this article would ruffle some feathers, and it did, but not as many as we’d feared (wrongness strike one). Since the story of Oblivion‘s breast mod had caused so little ruckus when it first came to light, we were somewhat confident that, in spite of its relative nearness in time, it’d be cool enough to handle. Michael Zenke’s incisive piece proved us wrong on that score. 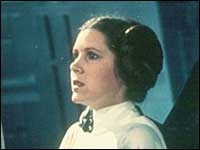 Finally, for the piece de la resistance of our wrongness, Allen Varney’s little story about a little MMOG we thought would be a nice bit of historical retrospective and almost didn’t even make it into the magazine at all: a piece about a game that’s over half a decade old and a controversy caused by that game’s developers in 2005 – ancient history in game terms. We’d been reading about this one for years, thought we’d heard everything there was to hear and weren’t sure if anyone would really care to hear more. But we thought it was time for a concise history of the event and at the very least hoped it would spark some conversation over what not to do in an MMOG. The last thing we expected was a flame war.

It’s times like these we’re glad we’re not in the stock market. The game: Star Wars Galxies. The event: the NGE.

From the blog of Raph Koster, former Creative Director of Star Wars Galaxies:

Knowing the author of the article, I’m sure that it wasn’t his intent to merely fan flames. And I know that anything I said in the past is always out there on the Net, ready to come back to haunt me. … But my personal take on the issue is more nuanced than what I see in the discussions and articles, which have uncomfortable tones of pitchforks and fires. I’m thrilled that something I worked on aroused such passion in people. I’ve also had to move on.

So yeah, I’m kinda tired of reading articles about the NGE … I doubt that anyone will simply stop talking about it, but as for me, I’m staying out of it, because regardless of how I feel about the NGE itself, I think that the real lessons of it are mostly stuff that isn’t even visible to the public.

Raph’s comments touched off a firestorm, eliciting responses from players, haters and developers alike, many of whom blogged about his blog on their own blogs, and linked back for further commentary. Clearly, we weren’t the only ones with something to say about the NGE.

Scott Jennings (aka Lum the Mad) called the story “what may well be the definitive history” of the events surrounding Sony Online’s restructuring of the game. Within the comments thread at his site, were these gems:

The furor lasted the better part of two days. At one point, Mr. Koster and the author of the article addressed each other personally, Raph claiming the inclusion of quotes pulled from his blog was unfair, the ever personable Mr. Varney responding that he’d had his chance to comment when he was presented the near-finished piece – a courtesy not often afforded developers included in our articles.

In all, it was a shock to our system. We really didn’t think a discussion of a two-year-old controversy was going to be this hot. Again, this is why we write and edit for our livings instead of playing the ponies.

From our own forums:

“It’s pretty sad to see The Escapist stoop to such a piece of hyperbolic nonsense, without at least attempting to add something to the discourse. This happened in late 2005, it’s not noteworthy anymore, unless you are going to reveal a new detail or fact,” said Syntheticist. Unfortunately, he was misreading the piece, attributing quoted forum posts to the author. Whoops.

What we do know is, quite a few old players are returning, willing to give SWG – and, by extension, SOE – another chance. They’re usually a bit skittish and understandably slow to trust, but they’re willing to give it a shot.

When these returning players ask me what SWG is like now, I tell them, the NGE was a bad time, but that time has passed. The current development team is forging ahead, making the game better, giving back some things that were taken away and adding new things to enhance the game, along with making serious attempts to make crafters and entertainers viable again.

I tell them I feel confident that there will never be another massive mistake like the mishandling of the NGE (which has been admitted and apologies have been offered), and, I always add, I’m having a lot of fun playing again.

So, will the NGE ever be forgotten? Most likely not. Forgiven? Possibly. At least some are willing to consider it.

Wise words, and true. SWG‘s subscriber numbers are on the up tick, and many players (even veterans) believe the game is better than it ever was, even before the NGE. A sentiment shared by Lucas Arts, who also wrote to us about this story, clearly aggrieved, like Raph Koster, we had the audacity to reopen old wounds. They declined an interview for a rebuttal article, but promised to open their doors to us at this year’s E3 event and answer whatever questions we may have the next time we decide to cover Star Wars Galaxies. Which, considering the turmoil this last article caused, may be a long, long time from now, on a server far, far away …

All told, we’re still not sure exactly what the damage is. (Whether we’re dealing with an Uncle Owen and Aunt Beru-sized disaster or the destruction of Alderaan.) But one thing is clear: In the MMOG space, trust is critical. Players are willing to give you the benefit of the doubt and pay for something that isn’t even all that perfect, but once you betray their trust, they never forget it.

Also, Star Wars (like Star Trek and Tolkein – the other two of the Big Three) brings out the most fanatic of fans. Pleasing them can be a full-time job, on top of a full-time job. Something SOE learned to their detriment. What’s ironic, though, is they had already pleased their fans – most of them – and then they reached for another brass ring and lost it all.

Writer (and blogger) Amber Night put it best: “I think the reason NGE keeps resurfacing is that the community is still pretty baffled over just how a slam-dunk license like Star Wars could have gone so horribly and spectacularly wrong. That much of it can’t be talked about only serves to further speculation. Couple this with SOE’s continuing struggle to communicate with their players in any meaningful way, and it’s a subject that has no choice but to continue to bubble up time and time again.”

Which, again, makes us wish we’d predicted as much. Then again, with media giants like SOE making such colossal mistakes, perhaps we shouldn’t feel too bad.