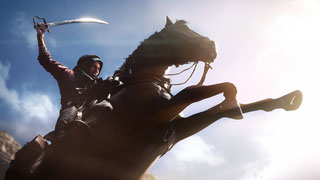 EA has shared some more info about Battlefield 1, including the fact that it will have a server browser.

One of the biggest pieces of news for me what the confirmation that the game will ship with a server browser. While it’s likely that the browser is contained within a Battlelog-like browser interface, it’s still much better than pretty much every other form of matchmaking.

There will be a single player campaign, and Grondal said it would feel “very much like Battlefield.”

Planes will have rear gunner positions for a second player to man, and there will be weapon attachments, all of which will be authentic for the era. Vehicles will be more unique, and the gameplay will “reflect that,” which is a bit confusing. Hopefully it means it won’t be a battlefield dominated by vehicles.

Here are some other highlights from the Q&A:

I can’t help but be intrigued by Battlefield 1. It might end up being just another shooter, but at least DICE is trying something a little different this time around.

We should learn more at EA Play, EA’s substitute for an E3 booth this year.

Push Me Pull You is an Amazing Family Game

Big Deals on Uncharted 4 and DOOM for Release Week