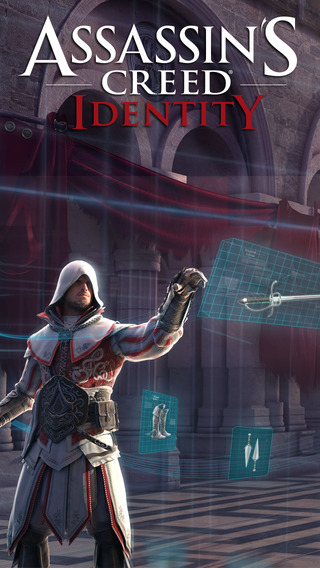 The game, set in Italy during the Renaissance, has in-app purchases for in-game items and is free to play otherwise. Players can customize the look of the assassin character in Identity through different outfits and color variations. The game’s store page on iTunes also notes that there are three classes to choose from when creating an assassin.

Other than in-app purchases for items, players can also obtain items by unlocking them through a decryption system.

Controls support tapping or dual virtual stick controls. The randomly generated missions are also much shorter than those on main Assassin’s Creed games to accommodate for an on-the-go mobile play style. Players are able to hire help from their friends to complete mission objective types, of which there are 16. Touch GamePlay has uploaded a 22-minute video displaying some of Identity‘s gameplay.

Identity requires at least the iOS 7 operating system and an iPad 3 or iPhone 5. Depending on the soft-launch results, Ubisoft will release the game worldwide and could work on putting it on Android devices.

Agents of S.H.I.E.L.D. Continues to Set Up the Story for Season 2