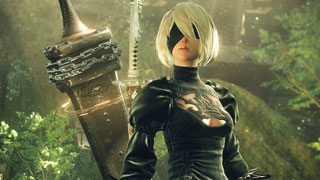 The PC version of Nier: Automata will launch a little over a week after the console version in the US.

Last week, Square Enix released a trailer for Nier: Automata. That trailer contained two release dates: March 7 for PS4 and March 10 for PC. However, that trailer was swiftly replaced by one that was identical in every respect, except that it was missing the PC release date. There was speculation that the PC date was changed, that the version was in trouble, and all sorts of other things.

Luckily, none of the dire predictions are true. The PC version of Nier: Automata will be here soon, but it will be one week later than the trailer initially said, on March 17.

The news comes from a Tweet from the game’s official account that also details some of the goodies you’ll get with the Day One Edition, including skins for the main character and her robot. If you pre-order, you’ll also get the “Valve character accessory,” which is just a valve handle sticking out of the main character’s eye.

If you’re worried about whether or not your PC can handle Nier: Automata, Square has also posted the system requirements. Here’s how much horsepower you’ll need:

Get Mega Mewtwo in Pokemon Sun and Moon Right Now