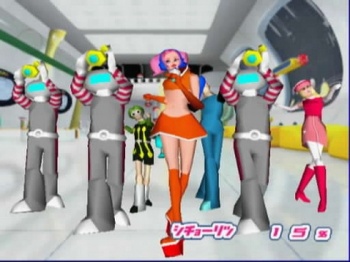 Nearly a decade after the console was discontinued, Dreamcast games remain an important part of Sega’s business.

While the Dreamcast ultimately lost its fight against Sony’s PS2, it still managed to build up a dedicated following, thanks in no small part to a library that included the likes of Shenmue, Soulcalibur and Jet Set Radio. Now, Sega is getting ready to breathe new life into that library, bringing its classic games to a new generation of consoles.

Sega’s executive vice president of sales and marketing, Alan Pritchard, said that even though the console was discontinued in 2001, there was still a healthy second-hand market for Dreamcast hardware and software. He said that while Sega had no plans to throw its hat back into the ring of hardware manufacturing, it was getting ready to release a compilation of Dreamcast games, in the same vein as the Ultimate Genesis Collection Sega released last year. Unfortunately, he didn’t mention any specific titles or a release date, and just said that it was coming “soon.”

Pritchard also said that Sega planned to release more Dreamcast games digitally. He cited the recent release of Crazy Taxi, which will be joined by Space Channel 5 Part 2 and Sega Bass Fishing early next year. This doesn’t necessarily exclude them from being part of the collection however, as quite a few of the games on the Ultimate Genesis Collection were made available to download as well, both before and after the collection’s release.