They say you can never go home again — a very real concern of Silent Hill fans with Double Helix’s Silent Hill: Homecoming. Following Team Silent’s dissolution and Silent’s Silent Hill 5 being canceled, Double Helix crafted a game equal parts series successor and soft reboot. Despite a decent critical reception, many among the fandom consider it the series’s black sheep. Was it really that bad though?

Well, Homecoming tries to do a lot of things. It updates Silent Hill’s gameplay to be more modern and intuitive to control. It attempts to weave the franchise’s increasingly convoluted lore into something cohesive after Silent Hill 4: The Room raised far more questions than answers. And most importantly, Homecoming explores if you can make Silent Hill’s core aesthetics work within a modern framework.

Silent Hill: Homecoming centers on Alex Shepherd, a U.S. Army Ranger returning home to Shepherd’s Glen, Maine. After being released from the hospital, he’s haunted by visions of his young brother Joshua in danger, desperate to find him. When he arrives at his house in Shepherd’s Glen to discover the town is virtually abandoned, save for a scant few survivors amid unearthly monsters, he takes up arms to find his brother and all of the lost.

In short time, Alex and childhood friends Elle and Wheeler find themselves waging a war against a conspiracy that spans all the way back to the neighboring town of Silent Hill. It’s a clash of the generations as the children of Shepherd’s Glen realize the price their parents paid for two centuries of prosperity, and it almost lands.

While puzzles remain relatively untouched, Silent Hill: Homecoming overhauls the series’s combat and exploration. Gone are fixed camera angles and tank controls in lieu of over-the-shoulder navigation and a combat system that has a lock-on camera and dodge roll. You can also manually aim your gun finally, though you’ll rarely get the opportunity as bullets are a rare find at the best of times.

Yes, Alex can actually fight, but only barely. It’s virtually impossible to engage a single enemy unscathed, and there’s a good narrative reason for this: Alex isn’t actually a soldier. His father, cold as the man might be, taught Alex the basics of fighting and how to hold a gun. Yet Alex flourishes childishly, making grand sweeps that speak to his more childish imaginings of what a soldier is. It’s implied that Alex might be on the autism spectrum, especially in flashbacks, and his parents didn’t take kindly to this. His memories even before Joshua are of his family rarely caring much for his presence.

Being the hero is Alex’s subconscious way of earning their love, as well as saving his brother, the only family member to show him true kindness. No one else besides his parents knows that he was sent to a mental hospital, even Alex repressing those memories, among others. His jacket and dogtags are his father’s, worn out of pride and aspiration. Yet for all those aims, Alex is still a fragile man.

At several points in my latest playthrough, I actively avoided fights altogether. Several sections are clearly built for evasive tactics like in the series’s predecessors. For all the behind-the-scenes drama, Silent Hill: Homecoming genuinely captures the atmosphere, presentation, and even Lynchian voice acting of the series.

Akira Yamaoka’s music flourishes amid the industrial soundscape, oppressing the player at every turn to set the mood. The environments are decaying around you, groaning and creaking like a dying beast. The Otherworld environments feature a remarkable balance of negative space and stark, sickly, rusty reds and oranges. The animation work for the monsters is incredibly fluid as well, granting them greater ferocity. 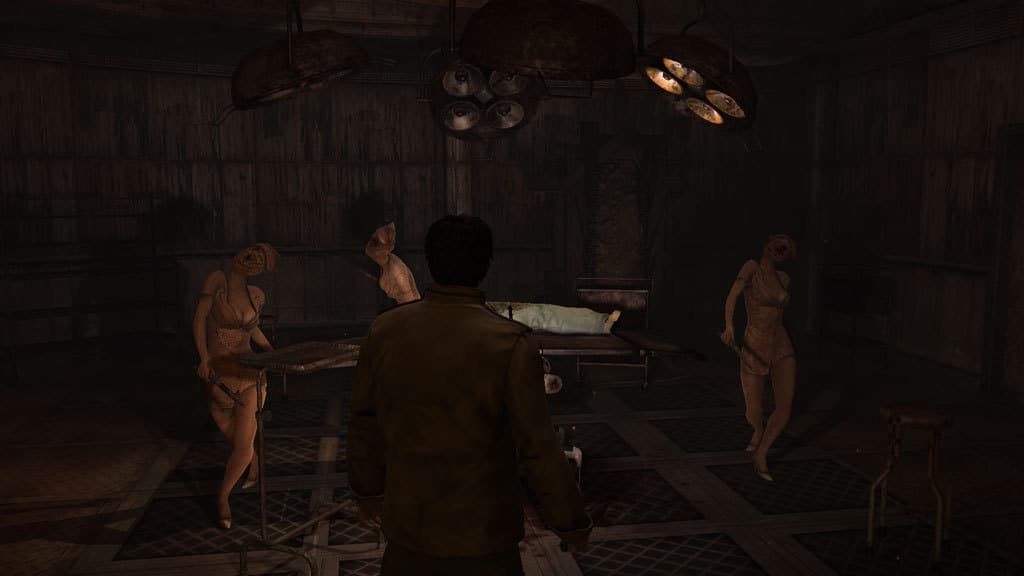 Though you have freedom to look wherever you want, the level design still smartly restricts your perception, be it through overwhelming darkness, the tight confines of buildings, or even whispering threats keeping you frantically eying for the next ambush. Each creature’s distinctive howls and clawing forebode a potentially grisly fight waiting for you. Like in Silent Hill: Shattered Memories, it’s less about not knowing when the threat will arise and more about the uncertainty in how to handle it or if it’s better to escape. Not quite terrifying horror, but a thrilling nightmare all the same.

Silent Hill: Homecoming may invest too much in homage though. It could’ve abandoned the Order entirely like many fans desired, ignoring how Silent Hill 4 loudly raised its hand and shouted “And another thing!” Instead, Double Helix put as much of a focus on the psychological plot twist as it did the cult Alex’s parents were caught up in all these years. Pyramid Head even shows up more than once, although now he’s referred to as the Bogeyman, one of many such “Protectors” of the town.

However, Homecoming almost nails this concept. Alex’s brother Josh has an odd habit of appearing in similar areas to where you bump into Pyramid Head. For instance, there’s the opening “nightmare” of the mental hospital, wherein Pyramid Head actually saves you by killing the orderly sent to lobotomize you, and shortly thereafter, you find Josh out of reach. Josh is clearly bitter and disinterested in you, which makes sense when you learn near the end of the game that Alex is responsible — if accidentally so — for Josh’s death.

The next place Josh’s spirit appears is at the Grand Hotel, where we conveniently meet Pyramid Head again, who clearly sees you but simply keeps on walking. If anything, the monstrosity is moving in the direction you need to, as if to lead you in a particular direction. Yet Josh is continually indifferent and bitter to Alex. From there, Josh’s presence is mainly absent until Alex confronts his father. 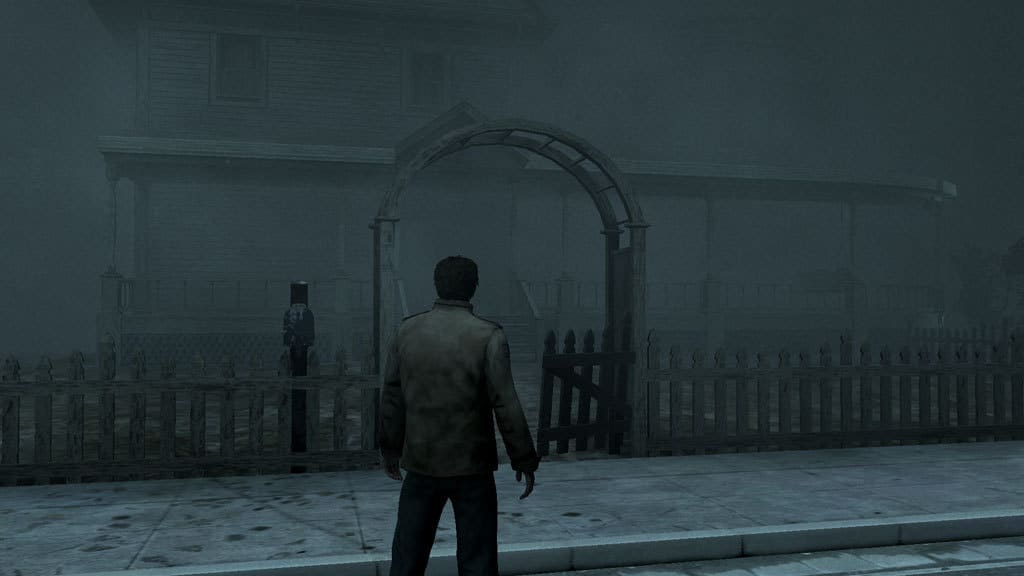 Every boss fight in Silent Hill: Homecoming is themed around one of the most recent children sacrificed to maintain the occult boon Shepherd’s Glen benefited from. Except Alex was spared, as his father couldn’t bring himself to lose both his sons, thus dooming the town. As a result, the cult turns on Alex’s parents, capturing and torturing them both, but it’s too late. The town mayor, doctor, and judge are all haunted by their undead children, twisted into abominations.

Yet where the other parents are all killed by distinctive enemies, Alex’s father dies at the end of Pyramid Head’s blade. This occurs after Josh has been subtle leading you through the Otherworld to the Order’s church sanctum. And Pyramid Head doesn’t engage you this time either, instead leaving you with your family’s ring, the artifact necessary to summon forth the beast that hides away Josh within its bulging stomach.

Granted, a giant pregnant spider-woman doesn’t really fit the symbolism of Josh’s death by drowning, but it does make a great allegory for the quite literally smothering parents of Shepherd’s Glen that led to the event. What’s more, Pyramid Head originated in Silent Hill 2 as equal parts James Sunderland’s guilt and a reckoning for his own illicit deeds. In the case of Homecoming, one can divide these facets across the two starring brothers, with Alex’s guilt and Josh’s vengeance made manifest. This also parallels the roles of Harry Mason and Alessa Gillespie in the original game, with Alex, like Harry, striving to save a damned soul, whether either realizes it or not.

What’s unique about Silent Hill: Homecoming is its branching endings, which vary based on whether Alex opts to make his peace with his parents and be kind or to be vengeful and selfish. If he rises above the darkness of the town, Alex escapes with his friends in tow, free of the curse and the Order for good. There’s even an unlockable bonus scene where Josh is implied to either have been resurrected or at the very least his ghostly form becomes a positive presence, surprising Alex back at the family’s home. 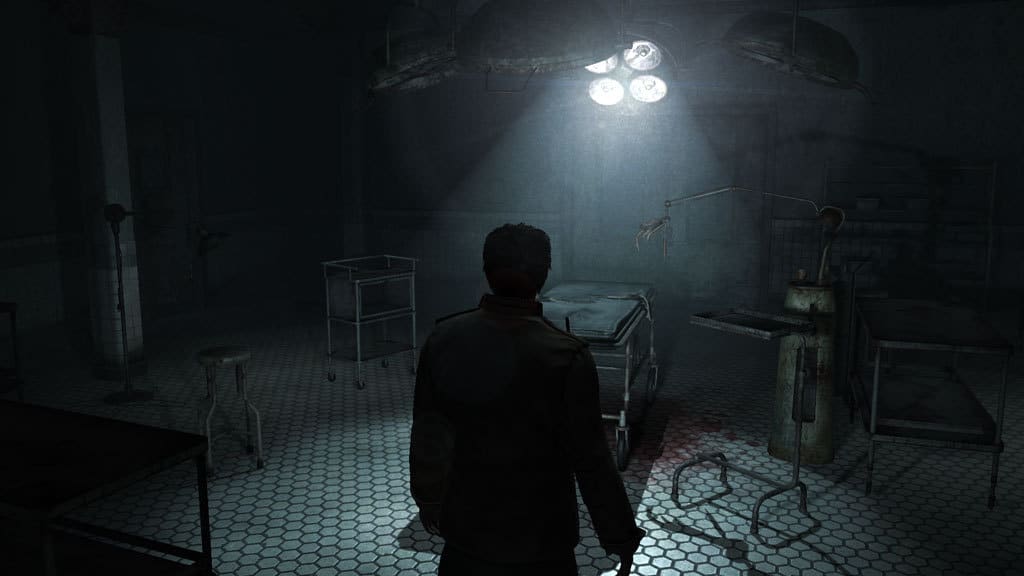 However, if Alex turns as bitter and uncaring as Josh’s spirit in the present, several troubling endings arise. The worst sees Alex forcefully transformed into the latest Bogeyman by those who preceded him, becoming yet another spirit of judgment and vengeance. While I understand frustrations other fans had with Pyramid Head’s persistent use in the franchise given he was tailor-made for James Sunderland, its presence in Homecoming at least has some thematic resonance. Whether that much self-referential material was warranted is up for debate, but there’s an argument to be made for it.

Still, given Silent Hill: Homecoming’s many technical blemishes and files lingering in the code from cut content, the final project is quite the mess. There are certain play styles one can exploit, glaring freezes on PC where the game pauses to load its next section, and quick-time events so demanding you fear you’ll break a button mashing away.

Most glaringly, there’s a hard crash early in the game when you first arrive at the Shepherd household that requires playing the game at its original 720p resolution to progress. The console versions have fewer issues, particularly the PlayStation 3 build, but then you sacrifice better aiming with your guns. All the struggle of development left considerable wear and tear on the game.

Yet despite all that, I walked away from Homecoming intrigued. Though it is a sad state of a final release that desperately needs a proper update, you can see the personal touches littered throughout the game’s design, story, and individual levels. The Otherworld section in the Shepherds’ home is a particular highlight, using a small, familiar space in multiple interesting ways. This is the sort of game that begs for a director’s cut to rectify what went wrong, but given how the last Silent Hill remaster went, maybe it’s best left in the hands of fans who appreciate it despite its missteps.

Silent Hill: Homecoming is not the new series high Konami was hoping for, but neither is it deserving of being regarded as the worst entry in the series. Much like Silent Hill 4, it’s a creative but uncertain step forward in a franchise that really had no idea where to go. If there’d been a sequel to carry over Homecoming’s gameplay but provide a more coherently told and surprising story, I think it could’ve brought the series back to life. Instead, Homecoming remains the last core Silent Hill game. I’m not sure if it’s a fitting conclusion, but it could’ve been far worse, and that’s a story for another day.