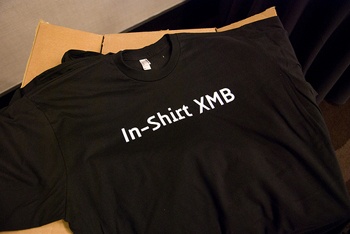 And lo, were the cries of the PlayStation faithful for in-game XMB finally answered with firmware update v2.40.

At last year’s E3, Sony used some cheeky t-shirts to poke fun at the PlayStation 3 community’s apparent obsession with the feature.

The 2.40 update will also include trophies (read: Sony’s take on Achievements), as well as “other new enhancements.”

There is one tiny catch, however. The next scheduled update, which is coming “soon,” is only 2.36. No XMB or trophies coming in that one, just improved “system stability when playing selected PlayStation format” games.

So there’s still a bit of waiting to do, PS3 lovers.

The Madden NFL Lawsuit: Suing EA For Fun and Profit