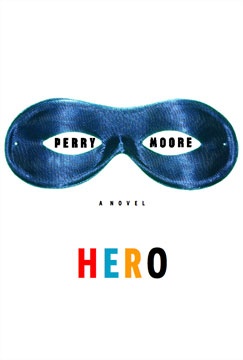 Comics legend Stan Lee is developing a new drama for Showtime about the life and times of a gay teenage superhero.

The hour long show will be based on the 2007 novel Hero by Chronicles of Narnia producer Perry Moore, who is also writing the pilot for the series. The novel tells the story of Thom Creed, a high school student just awakening to both his superpowers and his sexual identity. Afraid of the reaction of his homophobic home town, Creed struggles to keep both aspects of his life a secret.

JustPressPlay says the original source material was “a pretty light read,” but that on Showtime it may very well expand into a more thoughtful and adult look at the subject. Moore, who is gay himself, was originally inspired to write the novel in response to the death of X-Men member Northstar, who was snuffed in 2005 at the hands of a rampaging Wolverine. Northstar had originally revealed his sexual orientation in 1992 while still a member of the Canadian super-team Alpha Flight.

Lee, meanwhile, established a reputation as a supporter of equal rights through his early work in comics, particularly through the use of the famed X-Men series, which he used as proxies for stories about racism and other forms of prejudice. He went on to achieve great fame as the driving force behind Marvel Comics, responsible for the creation of noteworthy heroes like Spider-Man, the Fantastic Four, Daredevil, the Incredible Hulk and many others.

No word yet on when Hero will debut, or who we might see filling the titular role. In the meantime, don’t feel too bad for Northstar; like all good superheroes, he was quickly resurrected and thrown back into the fray.

Wii Speak: Buy New Or Do Without