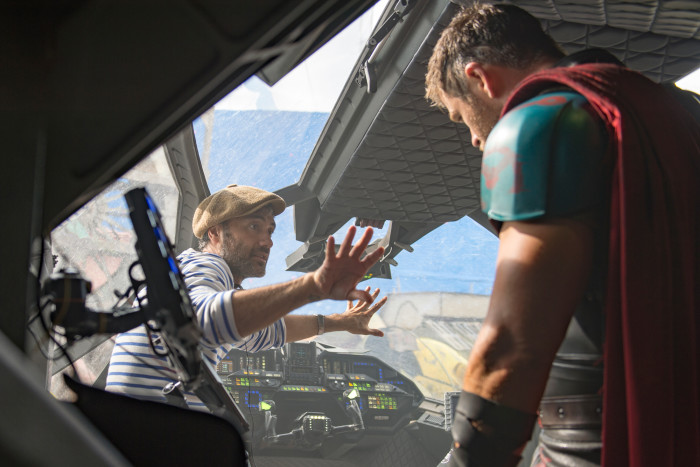 Taika Waititi will return to direct the fourth Thor film for Disney and Marvel Studios, THR is reporting, but the fallout from this decision is that his live-action Akira film has received yet another delay.

The year 2017’s Thor: Ragnorok pulled off a soft reboot on the Thor films by redefining the character. Fans of the film will be happy to hear that Waititi is returning, as it was his brand of humor and colorful direction that turned the Thor films from MCU also-rans into something special. The third film in the franchise pulled in massive box offices around the world and reestablished the character as a slightly comedic version of himself. This new deal also has Waititi returning to write the screenplay for Thor 4, which might see some crossover with the Guardians of the Galaxy if the conclusion of Avengers: Endgame is any indication of future plans for the two franchises.

The downside to all of this is that Waititi was in the middle of working on WB’s forever-in-development-hell Akira film, which looked like it was finally going to get made when he signed on to direct and began a worldwide search for actors. The film was scheduled to land on May 21, 2021, setting up a mighty tough shooting schedule for the director thanks to script concerns delaying shooting for Akira. The result is that WB, arguably cowering before the might of all things Marvel, has once again pushed back Akira to accommodate the director.

The problem is they haven’t delivered a new release date, which puts the entire film into question. THR reports that the studio would like to keep Waititi involved in the film, but without confirming a new release date for Akira, things are ambiguous. Scheduling issues and delays are often the death knell for films, so it may be many, many years before we once again believe that an Akira live-action remake could happen.

At the very least, there is a new Akira anime in development.

The Witcher Netflix Series Gets Its Glorious Horse and Silver Sword