To be fair, the Survival Horror genre has always been a mess, because nobody can agree on when it began, what games it includes, or even what its defining characteristics are.

First, the history arguments: We don’t have a tenth of the space you’d need to discuss every important game as the concept of “scary” gameplay evolved through the years, but I need to at least mention a few for context. 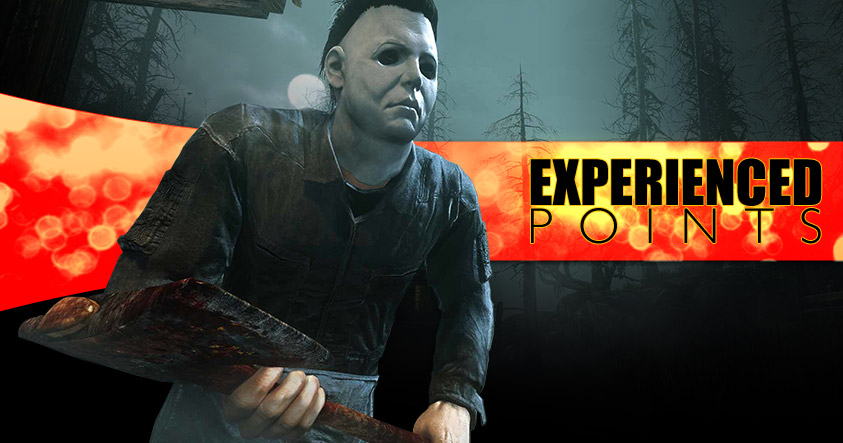 Where does the genre begin? 1982 is a popular starting point. Haunted House came out that year. I played it at the time (yes, I am that old, thanks) and I remember it being vaguely tense. It was a good early try, although it’s pretty hard to scare people with no text, rudimentary beeps for sound, and graphics so crude they border on the pictographic.

A more reasonable “first title” might be the original Alone in the Dark, which came out in 1992. Those ten years were filled with massive technological jumps – far bigger jumps than we’ve made between 2005 and today. In the decade between Haunted House and Alone in the Dark we got digital audio, music, 3D graphics, and resolutions fine enough to support text. Note that while it’s referred to as “survival horror” today, the term itself didn’t appear until years later. Mechanically, the game is actually much closer to modern-day adventure games than to the “horror” games we have now. It was mostly puzzle-based, with a dash of really horrible combat. It was built around Lovecraftian ideas. It was certainly a game that was making an earnest effort to scare the player. I found it pretty scary at 21 years old, although occasionally it would lose its footing and veer off into unintentional comedy. (Some of the monster designs looked a little silly. And I always thought the pirate was dumb and annoying.) 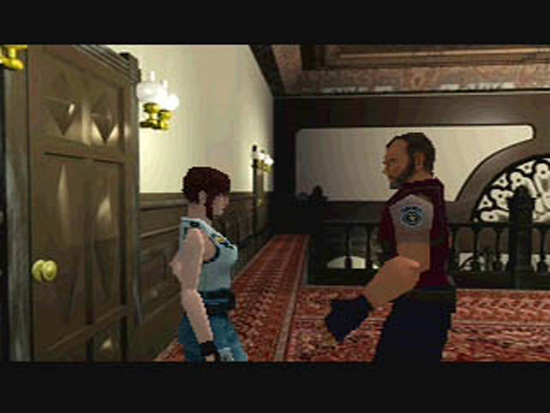 But the breakout title was 1996’s Resident Evil. It was the first game to be called “survival horror”, and it defined a lot of the important attributes of the genre for the next decade: Awkward combat controls, item scarcity, restrictive save system. I missed the Resident Evil excitement at the time because I was over on the PC, playing Quake.

I’ve dabbled with the series over the years and I’m always baffled by the way it clung to the hokey cornball trappings of the original. Looking at the first game, you might assume the stilted acting, atrocious dialog, and loony plot were just side-effects of the budget realities of the day. But years later when the series has evolved into a tentpole AAA brand, they’re still mixing “scary” with “Is this comedy? Am I supposed to be laughing? Or is it supposed to scare me? I can’t tell. What is this? What am I doing with my life?”. Why did the scripts never evolve to keep pace with the new tone and production values? It’s like if someone looked at the early Godzilla movies and decided their defining characteristic was black-and-white footage of rubber monster costumes.

A few years later, Silent Hill 2 took the mechanical sensibilities of Resident Evil and mixed it with psychological horror. It was a game that was trying to scare you emotionally while also scaring you with its mechanics. Amnesia: The Dark Descent took this idea even further by stripping out the combat and giving us a game that was almost entirely psychological. And then – and I know people will hate me for bringing this up but it’s important – Five Nights at Freddie’s gave us a game built around jump scares.

Before you jump down my throat for leaving out your favorite scary game, let me point out that I chose these titles for a reason: Note how every one of them is trying to scare you in a completely different way. Silent Hill 2 and Resident Evil are the only two games in the list that even feel like they have any mechanics in common, and even they are pretty different. While videogames have the whole “empowerment” thing figured out, and they’re really good at logic (Prof. Layton) and spatial (Tetris) puzzles, we’re still figuring out what scares people.

This is why the genre is such a mess. Not only can’t we nail down what makes a game “scary”, we can’t even seem to agree on what we mean by “scary”. Are we talking about horrified, frightened, started, or nervous? Those are all different emotional states and some of them are mutually exclusive. And yet, all of these games end up labeled “survival horror”. Game developers all want to take us to Scarytown, but nobody can agree on which way to need to go to get there, everyone’s compass points in a different direction, and nobody can agree what the place would look like if we managed to find it. 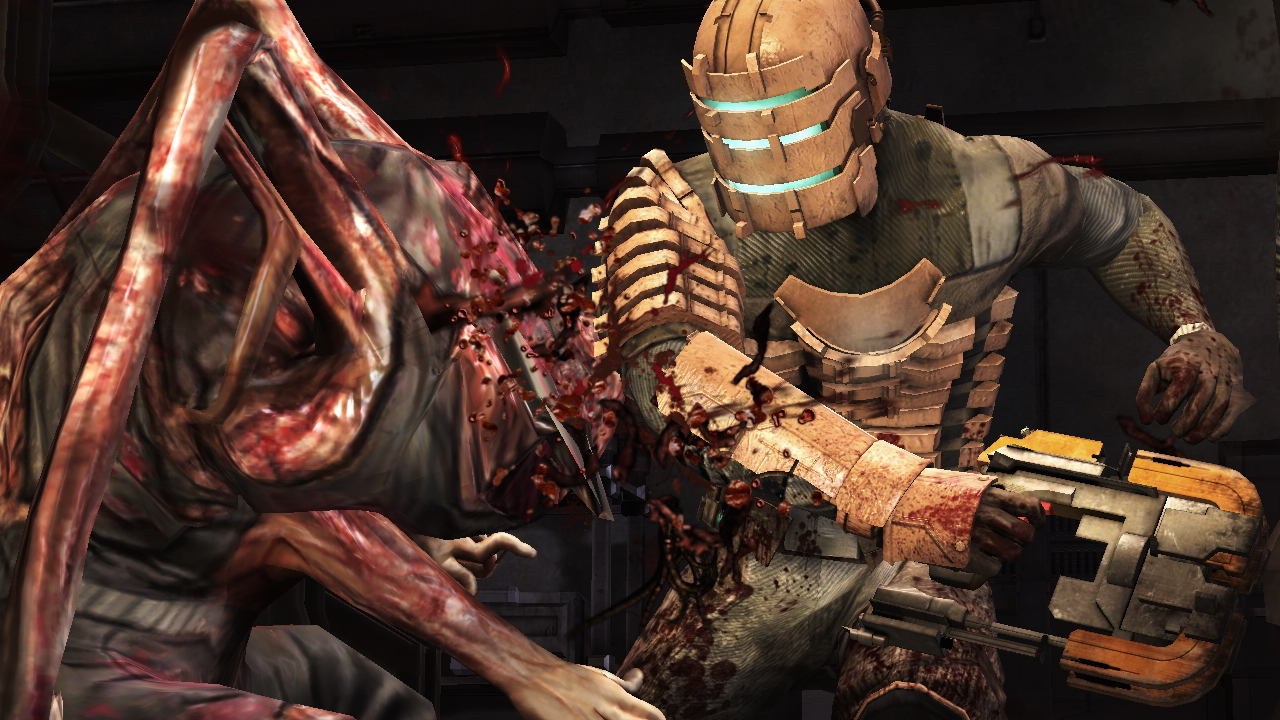 The real problem is that this genre isn’t actually a genre at all. It’s three or four different genres all flying under the same flag. It’s like if Call of Duty, Metroid, and Geometry Wars were all called “shooters” because they all involved shooting.

This is the part of the column where I’d usually suggest how to fix the problem, except I have no idea how you could do that. I mean, if we figured out what these three or four sub-genres were and what gameplay defined them that would fix the problem. But since people can’t even agree on what they want from the game, we don’t even have a starting point. You could go around shouting at developers that they should stop putting the “survival horror” label on action-oriented games like Dead Space and Resident Evil, but… don’t. Don’t do that. It’s probably marketing’s fault anyway, and marketing doesn’t care what you think.

The strange one here are the jumpscare games. There’s a little industry of these things now, constantly trickling onto Steam. (Or Steam Greenlight.) These are not games designed to be played so much as spectated. We’ve never seen this before, because it wasn’t practical before the rise of Twitch streamers. Five Nights at Freddie’s might focus on scary lighting and monsters that kill you, but in terms of design it’s actually much closer to Goat Simulator. As a player, the appeal wears off quickly. The game is designed to be fun to watch more than play. That’s not just a different genre, it’s almost a different medium.

This problem will hopefully sort itself out over time. Side-genre names come up now and again. I hear people talk about “jumpscare games”, “action horror”. Granted, it’s not consistently used or recognized, and usually the game continues to identify itself as survival horror, but these terms are a start. But we’re a long way off having proper names for the specific different types of game. I can’t stand the overblown, set-piece-driven, quicktime event-filled action games like Dead Space and (to a lesser extent) Resident Evil, but I love quiet, atmospheric, slow-moving, thoughtful games like Amnesia. Other people feel the opposite. It would be nice for both groups if developers, marketers, and consumers all had some coherent way of differentiating these wildly different games.