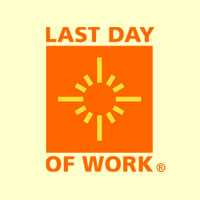 I’d never heard of Last Day of Work before founder Arthur Humphrey gave his talk at GDC 2014. He rattled off the studio’s most popular games, and I had never heard of a single title. This speaks to the mobile industry, where not every successful developer is a big name. You can remain in obscurity, while still quite profitably supporting your business. Humphrey’s talk was about going free to play.

He is a self-professed gamer. Like a large swath of the gaming population out there, he hates free to play and its core concepts like “tollboothing” and “pay to win,” as well as the fact that, despite the name, you’re never done paying. This made him particularly well equipped to create F2P games for gamers who hate F2P games.

There were a couple of primary tricks that he explained about keeping up the illusion that you truly made this game for the players to enjoy, at your own expense, and without any expectation of compensation, which, he said outright, is exactly what many players want in a game. For starters, having multiple currencies – one in-game, and one real-money currency – is a clear indicator that you want to monetize your users.

Not only does it give an at-a-glance indication that you want their money, it also complicates the UI needlessly. There are some benefits to the dual-currency system, perhaps, but they will often be outweighed by the detriments. If you want your player to feel they’re enjoying a truly free game, then you should avoid broadcasting the in-app purchases.

To this end, making early game purchases affordable, such that players can organically collect the resources they need to buy what they need, and therefore avoid spending money for the first several gameplay sessions, is another tactic he’s used successfully. By focusing on bigger ticket items later in the game, you can disguise the fact that your game has microtransactions. If you announce from the outset that you’re trying to sell things in game, you’ll lose a substantial portion of your players before they become sufficiently invested in your game world.

Finally, being generous, once it’s known that you can buy currency or items in game, can afford you good will with players, and make them more inclined to make a purchase. If you give a player 1% of the currency they need to buy their next upgrade, it will probably frustrate them. If you give them 50% then you’ll either encourage them to become further engaged by grinding for the rest, or simply make the purchase for the remainder of the currency.

Is it dishonest to deliberately hide the fact that you want a player’s money? Yes and no. It’s certainly not the most honest thing in the world to deliberately place the in-app purchases deep within purchase trees to create the illusion of being completely free. But at the same time, isn’t illusion exactly what you want out of a game? It’s not any more dishonest than being told you’re a pirate or a viking, and that you’re the only one that can save the world. It’s just another sort of suspension of disbelief, and it lends itself to more immersive experiences in games. Ultimately, it’s not at all a bad thing.