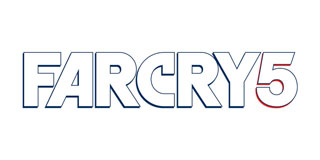 Ubisoft just announced two new games and teased a third, but there’s very little info for any of them.

Ubisoft is rolling out two game announcements and tease today, but it’s not sharing much info beyond a few logos. The company took to its official forums today to announce two sequels, one of which was expected, and the other, maybe not so much.

First, the official forums are now up for Far Cry 5. There’s literally no further info beyond a brief question accompanying the new logo (seen below), which asks, “Are you ready for a hefty dose of new Far Cry adventures?”

The other announcement is The Crew 2. It too has no further information, other than a tease that reads, “Beyond the road… Stay with us for more high octane thrills!”

Finally, the Ubisoft UK Twitter account reminds us to “sharpens your blade,” as an Assassin’s Creed announcement is apparently coming soon as well. Here’s the tweet:

Sharpen your blade. The Assassins will soon step out of the shadows… pic.twitter.com/nUrM4A57J0— Assassins Creed UK (@Assassins_UK) May 16, 2017

With E3 just under a month away, it’s likely we’re going to see a lot more announcements accompanied by little to no information. At least we won’t have to wait too much longer to get some details.

Destroy the Firebug, The Second Boss of The Surge With These Battle Tips