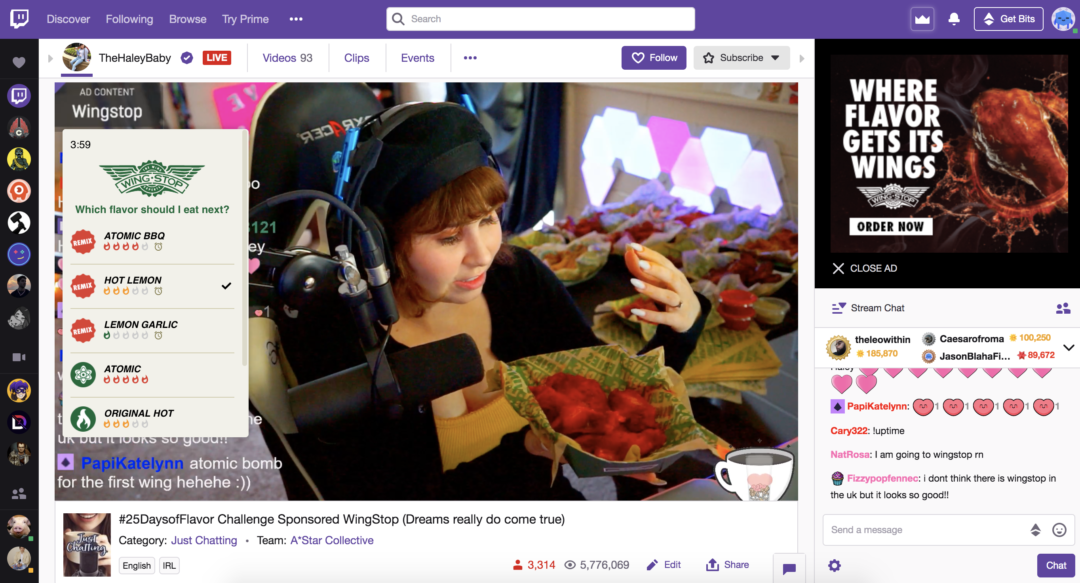 Buffalo wings are one of the dominant foods associated with big sporting events and Wingstop (NASDAQ: WING) is trying to extend that cultural cachet into esports by having gaming streamers get a little messy while they play.

The Dallas-based restaurant chain celebrated its 25th anniversary this summer with a 25 Days of Flavor campaign spotlighting six limited-time wing varieties including Bayou BBQ and Mango Volcano. Wingstop promoted the effort by enlisting Chaos, a gaming-focused YouTuber with 2.7 million followers, and comedian and writer Anthony Anderson of Black-ish for a “Carpooling with Cool People Eating Wings” three-part video series.

“Our fans are vocal and passionate about their love for Wingstop, and Chaos was someone who had long talked about his obsession with Wingstop,” Wingstop chief marketing officer said. “While developing the strategy for the ‘Carpooling With Cool People Eating Wings’ video series, we wanted to include a variety of Wingstop-lovers who would resonate with audiences across the board. This led us to choose Chaos, who would reach our gamers, and he was a great complement to the rest of our celebrity talent which included Stephanie Hollman from The Real Housewives of Dallas), The Great American Baking Show co-host Spice Adams, and Anthony Anderson.” 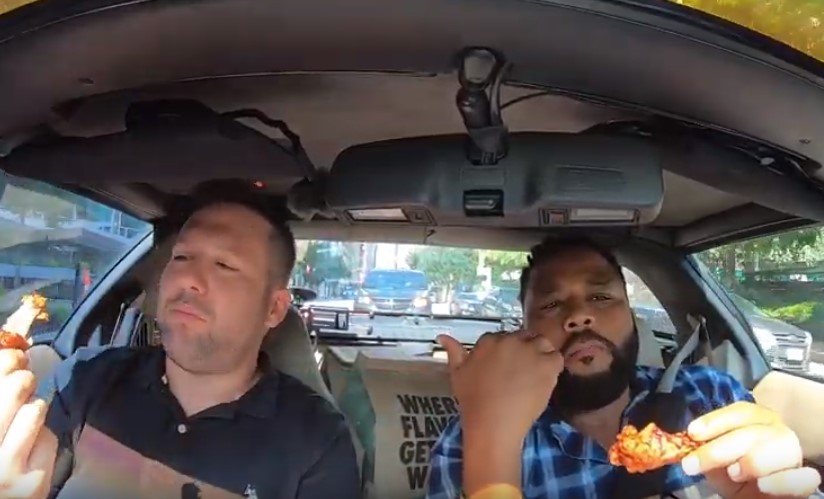 While she would not disclose any financial data, Clarke said that Wingstop is exploring gaming as a core pillar of its marketing strategy since many of its customers engage in related content on Twitch and YouTube on a daily basis. The 25 Days of Flavor campaign also included activations on Twitch, with streamers JoshOG, TheHaleyBaby, ProfessorBroman and LobosJr eating wings while playing games including Dark Souls and League of Legends’ Teamfight Tactics. A custom Twitch extension allowed viewers to vote on which flavors they wanted the streamers to try.

“We collaborated with Twitch to identify content creators who were Wingstop fans and who would resonate best with our audience,” Clarke said. “Outside of brand love, many factors were taken into consideration – personality and streaming style, to name a few – and we ultimately landed on a group of talent appealing to multiple audiences and gaming preferences. We focused more on choosing the right person versus going with a streamer based on their number of followers. We wanted to make sure the streamers we chose fit with the brand and made sense so that the integration seemed genuine and personal.”

Clarke said the campaign was a huge success, resulting in plenty of views and positive engagement on social media. LobosJr’s stream alone garnered 167,770 unique views, with 17,837 concurrent viewers. While she couldn’t provide any details, she said that Wingstop has more gaming-related efforts in the works.

“[This campaign] was really encouraging as we continue expanding our presence in the gaming space,” she said.