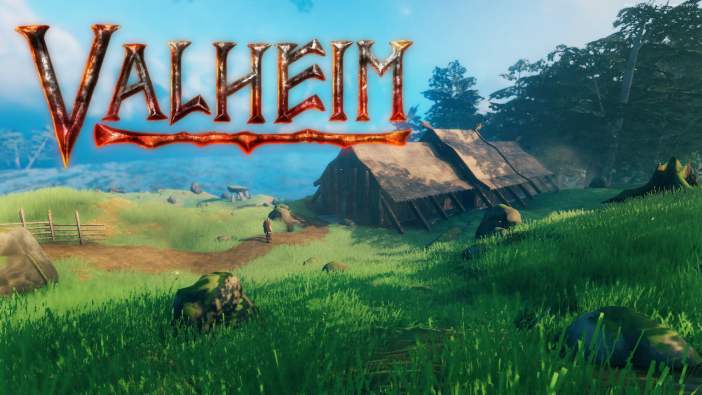 There is no shortage of talk when it comes to Valheim. This new game from Swedish indie developer Iron Gate Studio has joined the ranks of other survival games with its mining and building mechanics similar to Rust, 7 Days to Die, and even Minecraft. With its entering into such a well-worn genre, many are wondering how it has become such an instant phenomenon. Well, the reason is Valheim takes a much different approach to many parts that cemented this genre so well into the gaming sphere.

One big switch-up that many have noted is the setting of the game. Unlike with most games of the genre, Valheim’s setting draws from Norse mythology and Viking culture, and distinct visuals bring it all to life. Valheim doesn’t set out to be the next big ray-traced 8K game, instead utilizing basic textures and details. However, the low-resolution look belies the stunning visual design and charm, as Iron Gate Studio has created a unique art style that leaves doubtful players in awe after witnessing an amazing usage of lighting, bloom, and more visual effects.

Of course, visuals aren’t the only things bringing players to the world of Valheim. It has also changed the survival gameplay formula itself to reflect the game’s Norse-like setting. The premise of the game regards the story of a life after death for a warrior. In this world, “Valheim” is basically a new version of Valhalla, and the player is tasked with going through the trials of the afterlife. These trials are what make the game so different from the rest of the survival sandbox game genre.

The adventure starts in the middle of Valheim where peace is plentiful. However, as you move out things will begin to get more difficult, and the rewards for overcoming challenges will become more valuable in turn. These rewards are used in standard survival game style to create armor, bases, and, before long, a ship to travel the ocean. 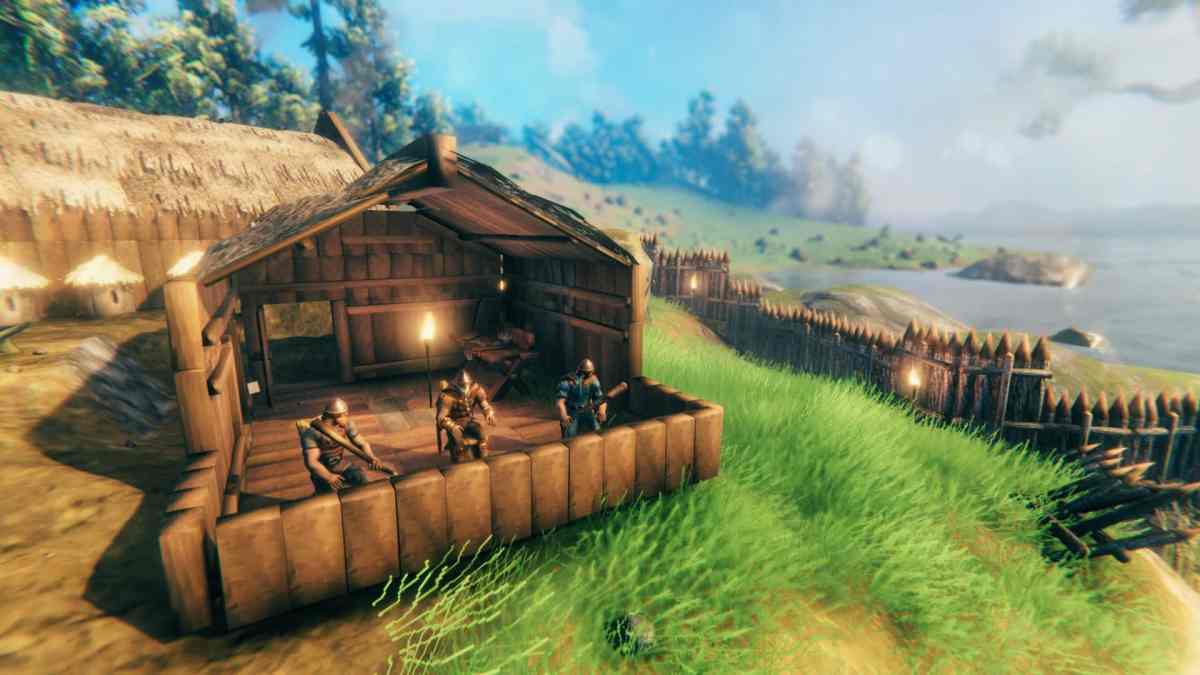 Much like in Terraria and Minecraft, you’re collecting supplies and materials in order to continue on, but there’s a catch.You’ll be fighting gods and working extra hard in order to attain the things you need to forge on during your adventure. This means that simple things like the iconic survival genre pickaxe for gathering metals and stone are locked behind difficult tribulations, such as fighting godlike bosses like the Eikthyr. This change not only strongly encourages you to learn more about the combat of the game, but it also enhances the pacing and progression by presenting regular doses of obstacle and instant reward. These bosses and prerequisite challenges also further distance Valheim’s identity from the rest of the survival sandbox genre.

Along with this great new progression system that Valheim introduces, there are also random events that can occur throughout the game. These events come in story-based and enemy-based varieties. Story-based events can trigger randomly when story requirements are met. For example, the first event, “Army Eikthyr,” randomly triggers with a message before you encounter the first boss Eikthyr and has Boars and Necks attacking you. Meanwhile, enemy-based events trigger according to the amount of a type of enemy you have killed. An example of this is the “forest trolls” enemy event that has Trolls attacking you after you defeat The Elder boss and have killed one Troll.

The activation of these events is indicated by a message that appears before an event begins. The randomness of events is driven even further by the fact that the world around you is procedurally generated. Thankfully, though the game has many haphazard features, the progression is so well done that it doesn’t take away player motivation to keep moving, which is the great driving factor of the game. 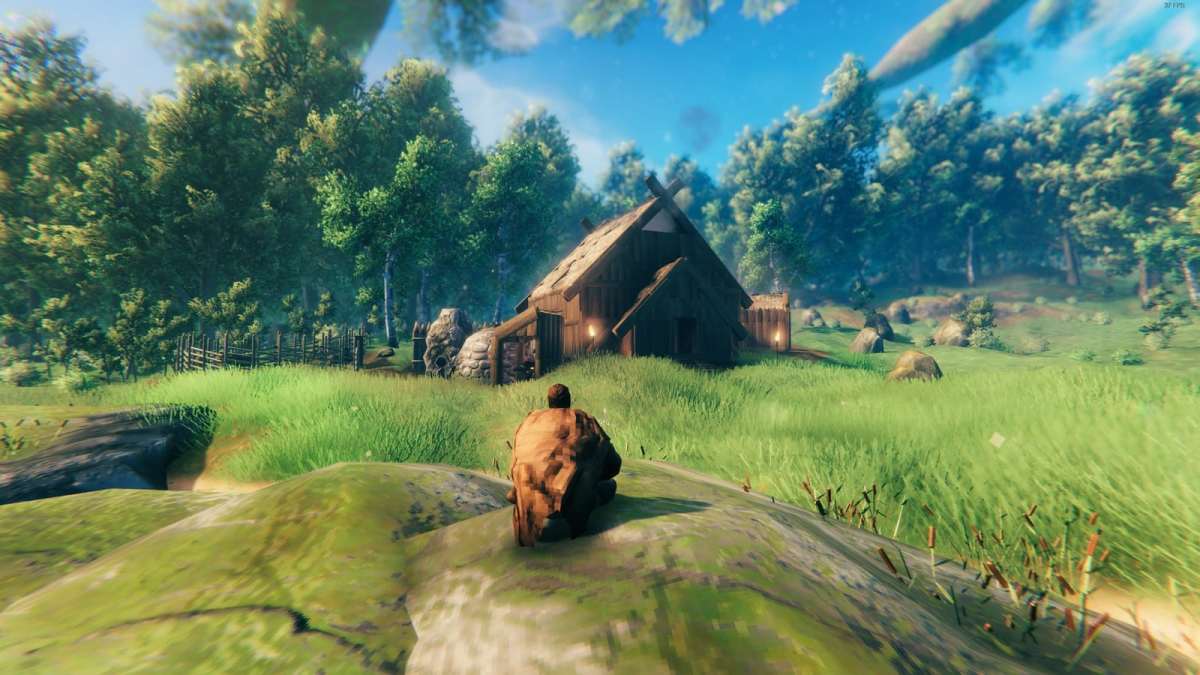 This leads players to find freedom in the world of Valheim. As said earlier, you gain access to more materials and tools as you progress. The game gives players the freedom to build nearly whatever they want and progress however they want. This is reflective of the fact that Iron Gate looked to the gameplay of The Legend of Zelda: Breath of the Wild for inspiration.

The final piece of the puzzle then that has really ignited the popularity of Valheim is the co-op focused nature. The devs have made it clear that the game is best played with a buddy or two, which the many streamers showing off the game have helped to showcase. While Valheim doesn’t really do anything new when it comes to survival game multiplayer, its open world, beautiful environments, and fun challenges have resulted in rich group experiences enjoyed by anyone around to witness them.

The simplistic nature of the game mixed with lighter PC requirements gives players a game that is easy to immediately jump into with a friend, whether it entails becoming a group of Vikings sailing the seas or simply building and growing a home while protecting it from monstrous beings. While the game also features PvP, it is barebones, as the developers wanted the focus to be more on cooperative play instead of pushing the individualistic play that others game of the genre feature.

These many elements of Valheim have made it a huge phenomenon despite its still being an early access beta. It also removes a lot of inventory annoyances presented by other games of the genre, such as punishment for not eating, making it an amazing entrance point. While it isn’t finished, Valheim feels plenty complete. With such a good start and great reception from players everywhere, it feels that Valheim has nowhere else to go but up.