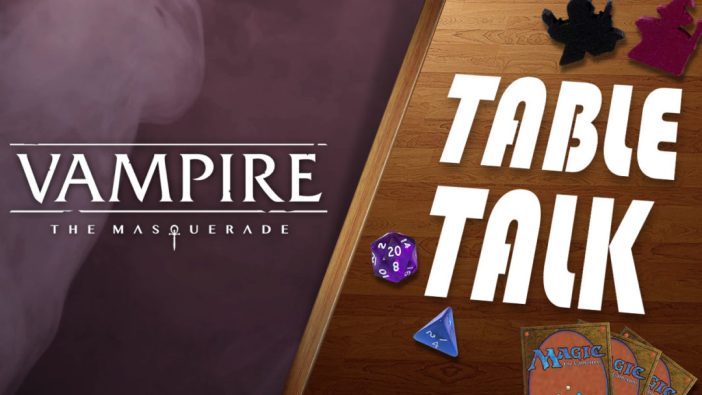 While Magic: The Gathering remains the leading CCG today, Vampire: The Eternal Struggle largely faded into obscurity as interest in its source material waned in the 2000s. But when Paradox Interactive bought White Wolf in 2015, they began aggressively licensing the IP. Vampire: The Masquerade is making a resurgence with a new tabletop RPG rules set and several video game adaptations in the works. Even The Eternal Struggle is back, with Black Chantry Productions producing new cards and republishing old sets. Renegade Game Studios is taking a new approach to letting players build decks representing clans of scheming vampires by developing the Vampire: The Masquerade Expandable Card Game.

Scott Gaeta, president and publisher of Renegade Game Studios, said he’d been pursuing the V:TM license for nearly a decade but was finally able to get a deal when Paradox Interactive bought White Wolf in 2015. Gaeta said he reached out to the studio behind video games including Age of Wonders: Planetfall and Cities: Skylines and found that they were already familiar with his work on other card games including Yu-Gi-Oh! and the World of Warcraft CCG. They agreed to move forward with developing a new V:TM card game, which will release at GenCon in 2020.

Gaeta said he played Eternal Struggle in the ‘90s, but he isn’t taking much direct inspiration from the game for his version.

“It was a fantastic multiplayer game, but it’s also a product of its time,” he said. “Game design has evolved a little bit since then along with players’ expectations for what they want as a tabletop experience. We’ve taken what we know of the world, and we have really strong partners at Paradox and White Wolf who live and breathe this brand all day.”

Unlike a CCG where players buy packs not knowing what cards they will contain, everything in the base set of Vampire: The Masquerade Expandable Card Game will come fixed in the box. While the game is still in development, Gaeta said it will likely contain four decks each representing a different vampire clan. Further sets will introduce new clans and additional cards for the existing factions.

Renegade is currently recruiting artists and studios to create all-new art for the game.

“We want to give it a fresh look and really update the art,” Gaeta said. “White Wolf has a huge library of art dating back over 20 years, but we didn’t want to go back and mine old art. We wanted to make sure that the game had its own identity and looks really cool and shiny.”

Like Eternal Struggle, the expandable card game will largely focus on multiplayer games rather than head-to-head duels.

“It’s kind of what you would expect from something based in this world,” Gaeta said. “Politics and positioning and fighting over territory is definitely part of the mix, though sometimes things resort to violence and you’ll have mundane combat. Political maneuvering and intrigue is definitely at the core of the mechanics. It’s a whole new game, and so far we’re really happy with it.”

While Gaeta assumes Vampire: The Masquerade Expandable Card Game will appeal to people like him with fond memories of the original V:TM, he also hopes to introduce the World of Darkness to an entirely new player base.

“The brand has been a little dormant in the tabletop space for a while, but if our initial teaser is any indication, I think there’s a lot of pent up demand,” he said. “We’re getting inundated looking for more information. So far the indicators are that there’s a lot of demand for it and a lot of love still for the brand. With all the new gamers that have entered the tabletop space over the last five-plus years, I think it’s a good mix.”