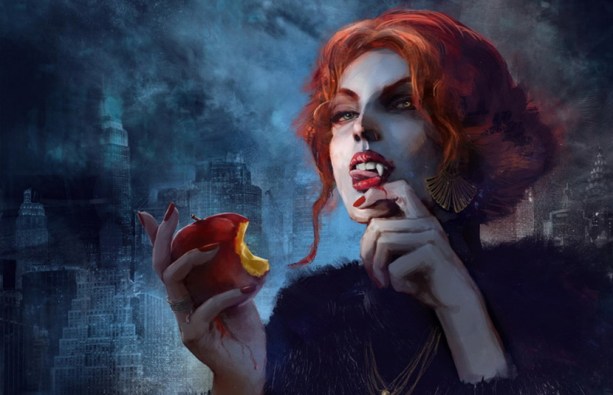 This exclusively narrative-based spinoff title has been in development alongside the upcoming Vampire: The Masquerade – Bloodlines 2. The trailer serves as reassurance that the game will maintain the franchise’s dark tones.

Vampire: The Masquerade – Coteries of New York takes everything fans know about the world of Vampire and turns it into a text-centric adventure game. Players are set in the middle of a conflict between two rival vampire factions: the Camarilla and the Anarchs. The game will allow players to choose between distinct characters, play through quests, and reach different story endings all in a game that is “highly replayable.” Best of all, developer Draw Distance says you don’t need to be a fan of any of the previous entries in the franchise to hop into Coteries of New York.

Just a few weeks ago, Vampire: The Masquerade – Bloodlines 2 was delayed to later in 2020. Despite some heavy hearts, developer Hardsuit Labs says the delay will help it avoid the mistakes made during the first game’s development.

Vampire: The Masquerade – Coteries of New York is set to release Dec. 4 on PC with a Nintendo Switch release lined up for Q1 2020.