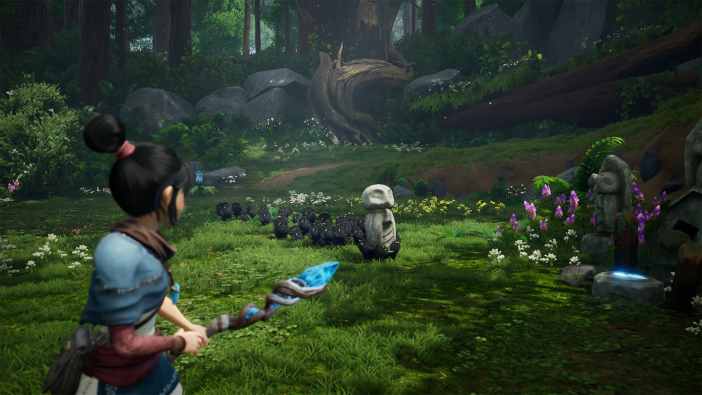 Today was quite eventful, due in part to the latest PlayStation State of Play event. While it didn’t feature a ton of new game announcements, it did provide updates on existing games like Kena: Bridge of Spirits‘ release date and another look at Solar Ash. Aside from the State of Play, Mortal Shell: Enhanced Edition was announced, among other news. Here’s the video game news you might’ve missed on Feb. 25, 2021.

Cold Symmetry and Playstack have announced Mortal Shell: Enhanced Edition, a souped-up version that’s coming to PlayStation 5 and Xbox Series X|S. It’ll run at 60 FPS with 4K visuals and will include upgraded textures and DualSense support. Better yet is that it’ll launch very soon — on March 4, 2021. Previous-gen owners gain access to this edition at no extra cost. Check out the announcement below!

Get ready to possess next-gen.

During the State of Play, we got another look at Oddworld: Soulstorm‘s gameplay, along with its release date. It’ll launch for PlayStation 4 and PlayStation 5 on April 6, 2021. Though, as a surprise announcement, it was revealed that it will be a PS Plus game for the month of April 2021, only for PS5 members, so we have that to look forward to. Its newest trailer can be seen below.

Heart Machine and Annapurna Interactive finally revealed gameplay for Solar Ash, a stylish action platformer. In it, you’ll explore large, colorful levels while grinding and platforming (similar to Sunset Overdrive). There will also be combat to take part in and huge Shadow of the Colossus-like monsters, in addition to the fluid movement. Solar Ash will launch for PS4 and PS5 in 2021 at an unspecified date.

The latest trailer for Arkane’s Deathloop was shown during the State of Play, giving us another look at the upcoming action game. The trailer features a catchy James Bond-esque song, giving it much more personality. This trailer also showed off more of the gameplay, which will blend fast-paced FPS mechanics with some time-bending elements. It’s set to launch this year for PS5.

Kena: Bridge of Spirits Is Coming This Fall

Finally, Kena: Bridge of Spirits got a new trailer, along with a release date of Aug. 24, 2021. The trailer depicted some more gameplay and a stellar sweeping soundtrack that much of the community seems to be excited about. It’s available to preorder for PS4 and PS5 right now, and doing so gets you some in-game DLC items. Check out the trailer below!