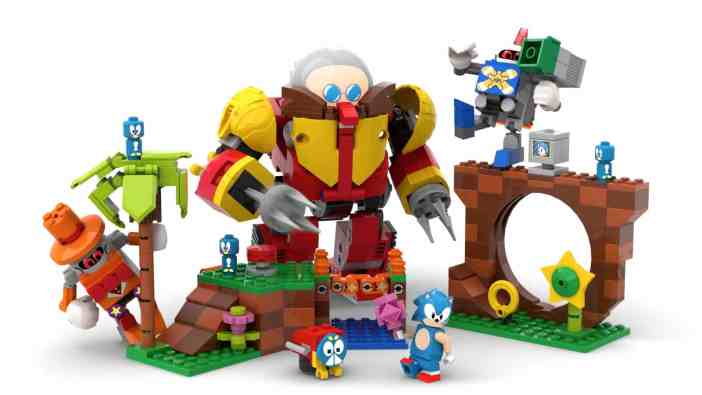 Today was a bit slower on the news front, but there are still several interesting stories to discuss. Developer IO Interactive announced its Hitman 3 February DLC roadmap, an official Sonic Mania Lego set has been announced, a (belated) Fire Emblem 30th anniversary celebration is coming in the form of Fire Emblem: Castle Conversations, and more. Here’s the video game news you might’ve missed on Feb. 4, 2021.

Much like the Metroid set we discussed a couple weeks back, a fan-made Sonic Mania Lego set has gone through the Lego Ideas process. However, this Sonic Lego set, which was designed by 24-year-old fan Viv Grannell, has been formally approved for actual development in collaboration with Sega, and the final product will feature Green Hill Zone. More info like pricing and release date will come at a later time. Additionally, a set based on Vincent van Gogh’s The Starry Night has been approved for a Lego set as well.

a LEGO Sonic Mania set is officially coming – approved through the LEGO Ideas program. Photo is not the final product https://t.co/lTDjQskzor pic.twitter.com/ckvc2cyc97

2020 Was Call of Duty’s Biggest Year Ever

As revealed during Activision’s recent earnings report, Call of Duty had its biggest year ever in 2020, thanks to the rise of free-to-play titles like Warzone and the Mobile iteration, along with Black Ops Cold War. Throughout 2020, the Call of Duty series had over 100 million monthly active players, and from October to December, Activision had over 128 million monthly active users across all of its franchises. The publisher also revealed that microtransaction sales were at an all-time high.

Read More: Call Of Duty Had Its Biggest Year Ever In 2020: Full-Game, Microtransaction Sales Booming

The Falconeer has been out on Xbox platforms for a while now, but today it launched through Xbox Game Pass, bringing more value to the service. In addition to that, The Hunter DLC is available to purchase today for $1.99 and features a flyable Dragon Mount and Pyro Pot Rockets. You can check out The Hunter‘s trailer in the tweet below.

Become The Hunter in this brand new DLC for #TheFalconeer 🦅 on #Xbox One #SeriesX and #SeriesS!

In celebration of Fire Emblem‘s 30th anniversary (which was actually last year), Nintendo is hosting “Fire Emblem: Castle Conversations,” a discussion featuring seven of the series’s voice actors. The talk will feature “candid” discussions about the series and will air on Feb. 8 at 10 a.m. EST. Based on what Nintendo has said, you probably shouldn’t expect any new major Fire Emblem announcements, but rather a look back on the series as a whole.

In honor of #FireEmblem’s 30th anniversary, we will be releasing a celebratory video of candid, in-depth discussions featuring 7 voice actors that have brought life to some fan-favorite Fire Emblem characters! Check out the full video on 2/8 @ 7am PT / 10am ET. pic.twitter.com/Y7myatO6Ft

Today, developer/publisher IO Interactive announced Hitman 3‘s February DLC roadmap, featuring lots of new content throughout the month. You can expect two new Escalations, new featured Contracts (curated by MinnMax and Kinda Funny), and a new Elusive Target — all throughout the month of February. The main update goes live on Feb. 23, but there’s still a lot more in store each week. A full list of what’s to come can be seen in the image below.

Free content is coming to HITMAN 3 every week in February.

A new Escalation is out now and we've lined up Featured Contracts from @MinnMaxShow and @KindaFunnyVids too!