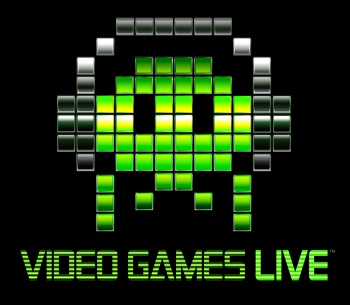 Amazon is teaming with Twitch to stream Video Games Live, and the online retailer is also offering viewers a number of useful prizes.

Amazon, the world’s largest online retailer (and the socio-political Gallant to Wal*Mart’s Goofus), sees gaming as a big part of the future of entertainment, thus the multi-national corporation is growing increasingly involved in the peripheral culture of videogames. Come July 20, Amazon Video Games will be hosting a live stream of that night’s Video Games Live concert from the San Diego Comic Con. The show starts at 8PM PDT, and Amazon plans to give away “$5,000 in prizes at the event including Kindle Fire HDs, Amazon.com Gift Cards, and more,” so if you’re interested in either free swag or orchestral arrangements of videogame tunes it would be a good idea to visit the event’s official page where you’ll find a full list of rules and regulations.

Normally this is where I’d explain what sort of music you might see on this stream. Y’know, which games and franchises will be featured; that sort of thing. However, I already wrote all of that up two days ago. Twitch announced plans for this streaming effort on Monday, so if you’d like a clearer picture of what’s in store for this show, please have a look at the earlier story.

Obviously Twitch, the de facto destination for streaming gameplay footage, would agree to stream Video Games Live, but what does Amazon get out of the arrangement? Simply put, a Video Games Live stream placed smack dab in the middle of Amazon’s gaming section should prove lucrative. Anyone who has attended a Video Games Live concert in the past will quickly tell you that following the show there’s a strong urge to play any number of disparate games, so by positioning its videogame selection literally pixels away from footage of the concert Amazon seems poised to reap the rewards of its subtle, clever emotional manipulation.

Then again, who cares how this affects the corporations? We’re being handed a more or less gratis live stream of Video Games Live, so let’s all take a moment to remember that old adage about horse’s mouths and why you should never peek inside one.

Update: According to a representative from Amazon, this stream is actually the same one mentioned in the earlier Twitch article. Amazon and Twitch have teamed up to provide the streaming concert. The article text has since been amended and we apologize for any confusion.