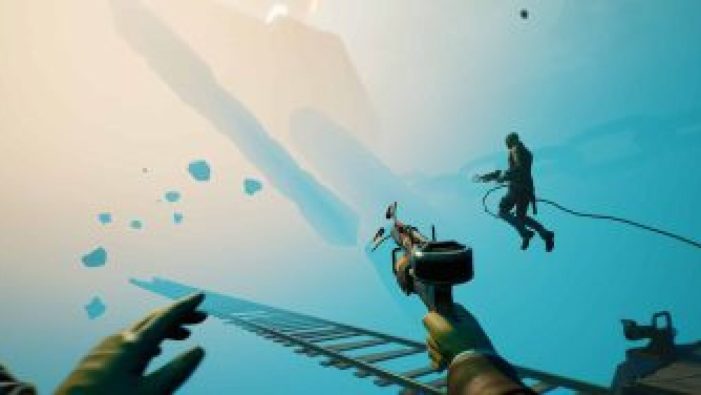 The first trailer for Voidtrain dropped today, giving us a glimpse at the game’s building, survival mechanics, and shooting gameplay. The game from developer Nearga and publisher HypeTrain Digital is described as a new take on the survival genre and sees you building out a train that runs along tracks in a seemingly endless void, stopping occasionally on different islands to collect resources and battle alien creatures.

The shooter has single-player and multiplayer options, with up to four players able to ride the rails together. There are zero-gravity aspects as you float alongside your train or do battle with the creatures that inhabit the strange void you find yourself in. That can often be tricky to pull off, especially in first-person games, but the grappling gameplay shown off in the trailer definitely looks interesting.

Voidtrain players will gather resources for crafting useful items and structures that help in your survival. This includes kitting out your train so you can confront greater obstacles and travel farther, upgrading your weapons and defenses, and discovering new materials.

The game is apparently procedurally generated and will build around your choices. This means that the floating islands you come to as your train rolls along the tracks will always be different from play to play and person to person. While being stuck on a single track can lead to some linear gameplay (think Spirit Tracks), Voidtrain‘s art style and random level generation make it feel more akin to No Man’s Sky but on a smaller scale.

Voidtrain is set to release on Steam in fall 2020.