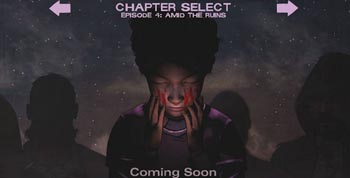 Telltale Games anticipates the next episode in its Walking Dead series to arrive this month.

Stauffer thanked Walking Dead fans for their patience and said Telltale should have more news to give out in the coming weeks. The third episode of season 2 released on May 13 this year. After the fourth episode, there will be one more episode to complete the second season before the end of this year.

The Walking Dead Season 2 Episode 4, “Amid the Ruins,” will pick up after Clementine and her group are on the run from Carver’s camp. The teaser at the end of Episode 3 for the upcoming episode hinted that there will be some major death, with Clementine being warned that she shouldn’t let the others drag her down.

Telltale recently released a teaser for the season finale of The Wolf Among Us, which should also launch this month.

A compilation of Season 2 will launch on PS4 and Xbox later this year. The first two episodes of season 2 launched on Vita this April.

Zombies Are The Only Things Missing: America’s Abandoned Shopping Malls