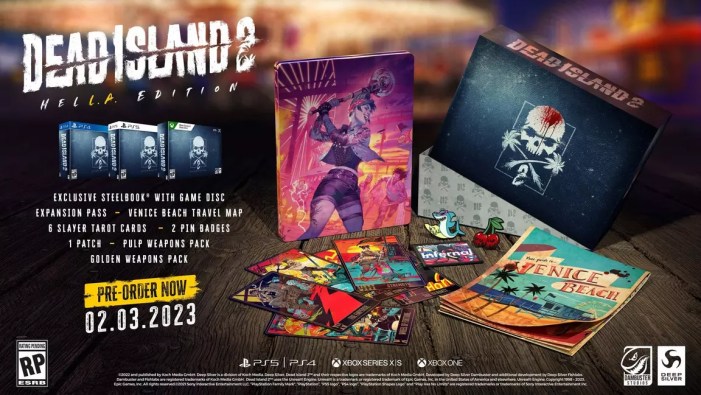 Dead Island 2 is finally happening, after several years in and out of development hell. But with its April release drawing near, let’s discuss any and all Dead Island 2 preorder bonuses that are available across its many physical and digital editions on PlayStation 4, PlayStation 5, Xbox One, Xbox Series X | S, and PC via Epic Games Store.

As long as you preorder the base Dead Island 2, you’ll end up with one preorder bonus — the Memories of Banoi Pack. Named for the island where the original game took place, it includes the following:

This is all digital content — you’ll get it whether you preorder the digital or physical version of the base game. There are also the following other editions available:

Available mostly on console, (Some regions have a PC version.) the Pulp Edition is a physical release that includes the Pulp Weapons Pack. The latter includes these in-game weapons:

This edition is available from Game in the UK and GameStop in the US. It’s the same price as the standard edition, and if you preorder it you get the Memories of Banoi Pack as well.

If you’re in the UK, and only the UK, Game is selling the Dead Island 2: Carver the Shark Bundle. This includes Dead Island 2: Pulp Edition and a toy shark. Game doesn’t state how big the shark is, but we’d be surprised if it’s bigger than the game case itself.

We wouldn’t classify this a preorder bonus as it costs £10 over the base version of Dead Island 2. Again, preordering it will get you the Memories of Banoi Pack. 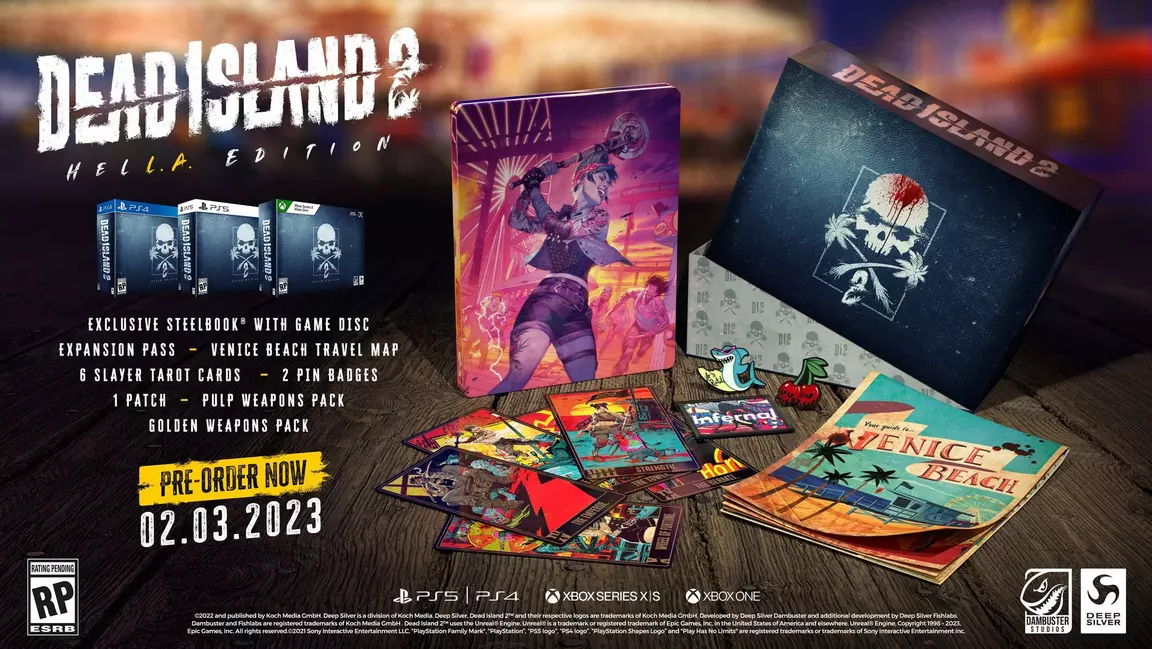 Costing $30 more than the base game, the Dead Island 2: Hell-A Edition includes the game, several pieces of digital content, and some physical goodies. It’s available from Amazon, Best Buy, GameStop, Walmart, and Target and, in the UK, from Game and Amazon. Like the Pulp Edition, it’s console-only except for Australia and some European countries.

Here’s what’s included, aside from the base game:

Available digitally on Xbox, PlayStation, and EGS, the Deluxe Edition contains the game and the following in-game items:

Like the Deluxe Edition, the Gold Edition of Dead Island 2 is digital-only, and it contains these:

You might be wondering why there’s not a huge, $250 Dead Island 2: Collector’s Edition. We don’t have an answer for that, but we suspect it has something to do with a) the game’s troubled development and b) the infamous Dead Island: Riptide Zombie Bait Edition. Google that one at your peril.

Those, then, are all the available Dead Island 2 preorder bonuses and special editions.