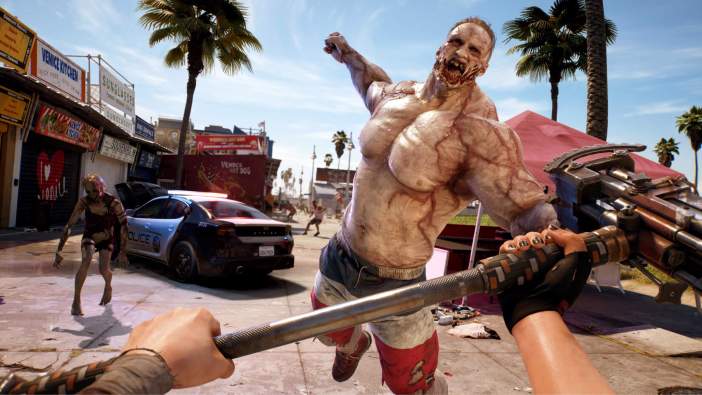 Publisher Deep Silver and developer Dambuster Studios have released the Dead Island 2 “Welcome to Hell-A” gameplay trailer as part of a recent showcase, showing off the zombie-killing antics players will enjoy when the game launches next year. Dead Island 2 gives players an unending arsenal of objects and weapons to dispatch hordes of undead foes with, setting all of the action up against the backdrop of a twisted version of the palm tree-covered streets of the West Coast. Nowhere is that better on display than in this new trailer, but instead of being limited to baseball bats and creatively modified hammers, the trailer highlights new zombie abilities for the player. Plus, Dead Island 2 has “Alexa Game Control” to use your voice in the gameplay using the Amazon tech.

So for starters, yes, in Dead Island 2, players will be able to take advantage of zombie abilities to tear through enemies. Not much about the ability was shown but will presumably allow for a limited-time burst of zombified energy and strength. It’ll surely offer a nice break from cracking bats against the variety of enemies players will swim through as they make their way through the game’s sun-soaked streets. Many of the weapons, zombie types, and visuals can be seen on display in the Dead Island 2 gameplay trailer, which you can see for yourself below.

Meanwhile, Alexa Game Control will allow Dead Island 2 players to “quickly perform in-game actions using their voice” on Xbox and PC, accepting English commands in the United States, Canada, and the United Kingdom. You will be able to talk to zombies, swap your weapons, and call up your map, among other actions. You can see a prerecorded video illustrating the concept below.

Dead Island 2 was re-revealed earlier this year after several years of silence. It’ll finally be in players’ hands when it comes to PC via the Epic Games Store, PlayStation 4, PlayStation 5, Xbox One, and Xbox Series X | S on April 28, 2023.