Destiny held a lot of promise. Despite the hype and the solid premise, the game was released in a disappointing state, with weaknesses that took three expansions to overcome-some of which are still present in its current iteration. 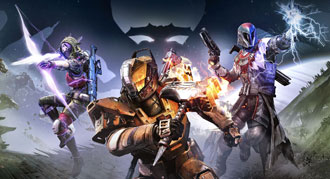 As I established in my previous piece on the current state of Destiny, Bungie seems to have lost its focus after releasing The Taken King, and has failed to carry the momentum necessary to keep the fanbase occupied until the sequel rolls around. At this point, the game seems to be dead in the water aside from small event releases and minor changes to the competitive Crucible mode. There’s little allure for anyone who’s exhausted its content to return.

Given Destiny‘s present state, it’s no surprise that many of its fans are looking for something new. Ubisoft’s The Division is right around the corner, and gamers are gearing up for the new experiences it will offer, if only to scratch the itch that Destiny has been unable to for quite some time. The Division just needs to learn from Destiny‘s mistakes.

Ubisoft needs to do more than just replicate Destiny‘s qualities with their game. They have to raise the bar in every way. They can do so by building upon the core concept with a world that actually makes sense, a cohesive narrative that ties missions and events together, and by addressing all of Destiny‘s major shortcomings-which are numerous, but not impossible to fix in a game being made from the ground up.

Since Destiny‘s launch last year, the game was marred by a lack of depth and endgame content-it was possible to exhaust its content in less than a few weeks of playtime, or even a few days, if you were hardcore enough. A single raid, beatable in just a few hours, did little to keep the average Guardian occupied for any extended period of time. What’s more, the raid content offered in Vault of Glass made the rest of the story missions seem bland by comparison, highlighting the wasted potential.

To provide everyone with something to do besides grinding story missions, Ubisoft is introducing the Dark Zone-a restricted area in which anything goes. Agents don’t have to exercise civility towards one another, and can instead kill each other to steal any equipment they salvage from the zone. It’s an alternative to the arena-based offerings of Destiny‘s Crucible. The Dark Zone offers better loot and rewards than any area outside of it, provided you’re willing to fight others for it. Unlike the Crucible’s random rewards, which don’t incentivize skilled play outside of a few time-limited events, skill and teamwork in the Dark Zone directly equate to getting good rewards. 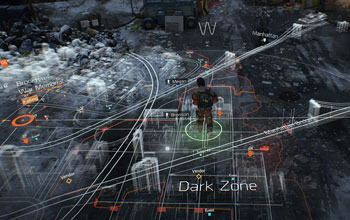 A small portion of the Dark Zone was available in the closed beta, which offered a taste of the content to come. Some players voiced worries that the what it offers is limited in scope and not enough for the endgame. However, the inclusion of Dark Zone-specific missions and events (only one of which was present in the beta), special loot crates, Manhunts, and the Dark Zone ranking system seem to curtail these concerns.

The Manhunt and ranking systems are particularly interesting, as they incentivize agents to “go rogue” while in the Dark Zone, killing their allies and earning notoriety and a chance for better loot. In doing so, these rogues earn a bounty on their heads, initiating a Manhunt. Nearby agents can then hunt them down for rewards.

Outside of the endgame (if the Dark Zone can be considered one), The Division has the potential to tell a much more cohesive story than Destiny. One of the biggest complaints about Destiny was that its story wasn’t contained by the game itself, and forced players to visit the official website to read descriptions on cards unlocked through play. There’s nothing more damaging to immersion than having to visit a website to get caught up on the story. Destiny‘s rich backstory and characters are wasted by the fact that most people won’t even know what’s going on if they only experience the in-game content.

In contrast, The Division has an in-game collectible interface that contains every piece of intel you’ve unlocked. There may be audio logs and phone recordings, incident reports, pages from a survival guide, and ECHOs. The ECHO recordings are holograms containing a snapshot of events that took place during the collapse, offering a glimpse of the chaos and the ensuing fallout. They provide context into the location, enemies, and state of the world. It’s an effective way of giving The Division‘s New York City a sense of history and character.

Destiny takes place across a host of different planets, but these locales suffer from the same shortcomings as Star Wars-namely, each planet is made up of a single themed environment with no diversity in terrain or appearance. There’s Mars the desert planet, Venus the swamp planet, and the wreckage of the Russian cosmodrome, to cite a few examples. And the worst part about it all is how every major story mission happens in the same limited stretch of land. It’s the kind of thing that makes me wonder why there’s nothing else out there. It may seem unfair at first to compare entire planets to a single city, but the amount of detail put into The Division‘s Manhattan may make it a far more interesting place to visit.

Finally, a major shortcoming with Destiny is the lack of depth in character development. You level up a character and gear up. Outside of any personal attachment you have to how your Guardian looks, there’s nothing to keep you tied to the world. The Division offers a new layer of character development in the form of the Base of Operations. Besides operating as a hub for vendors, a crafting station and quest-givers, it’s a personal instance you can upgrade with materials and resources you find out in the world to fully customize it. The base upgrades confer new skills, perks, and talents to unlock and customize your agent. So you can’t just unlock new skills by leveling up-you have to actually invest time and effort into acquiring the materials you need to construct new facilities in your base to earn them.

It’s arguable that this may be a bit of a grind and a turnoff to anyone who wants instant access to everything. But for the RPG fan, having something to do is going to keep you occupied for a long time. The Base of Operations has the added bonus of giving players the sense that they fit into the world and that their actions have an impact with each new upgrade to the base.

Suffice it to say, The Division has taken a lot of lessons from Destiny and learned from its shortcomings. It’s simply a matter of whether it will deliver on its potential. Regardless of how it pans out, the next game Bungie makes could stand to learn a thing or two from The Division.