Winners tell the tales when it comes to war. Stories will be clouded. One side is always going to come across as the hero, with the other the villain. I mean, if you conquered the world, you wouldn’t paint yourself as some sort of overlord. You’d be a savior! It makes things easier. Sticking to sides like light and dark, good and evil, lets people to feel justified. This is especially true in games. Yet with Fire Emblem Fates, Intelligent Systems’ strategic 3DS game, the developer challenges established mores. People can’t rely on their side being good and just, because the next playthrough, they could be the opposing team’s MVP. By showing that things are never clear cut, you come away feeling like, “Hey! This could have happened!” Well, maybe not, since people don’t transform into dragons every day, but you get the idea. I’ve been playing Fire Emblem Fates since its Japanese launch on June 25, seeing the repercussions of choosing a side firsthand.

Fire Emblem Fates tells the tale of two countries with Hoshido and Nohr. As is common, when peoples with differing means of lifestyles, backgrounds, and cultures come together, there are clashes. The player character is a victim of the conflict. The two factions have been fighting since he or she was a child. When the birth father, Sumeragi of Hoshido, falls in battle, Garon, King of Nohr, takes the player character and raises the child as his own. Thus the player is a child of two worlds, with access to both sides of the stories. Bonds are formed with people in each region.

As a result, the Fire Emblem Fates player character is able to make an important decision when the time comes. The game’s storyline is divided into three parts. The first two storylines, Birthright and Conquest, were immediately available. Birthright allowed someone to rejoin with their blood siblings and fight to defend Hoshido. Conquest relies upon the bonds formed with the adopted siblings of Nohr as they attempt to start a revolution from within. A third Invisible Kingdom tale, added as DLC, acts as an idealized scenario where it’s possible to bring everyone under one banner. It’s a pleasant option for people who want it all, but the Birthright and Conquest scenarios encourage critical thinking. 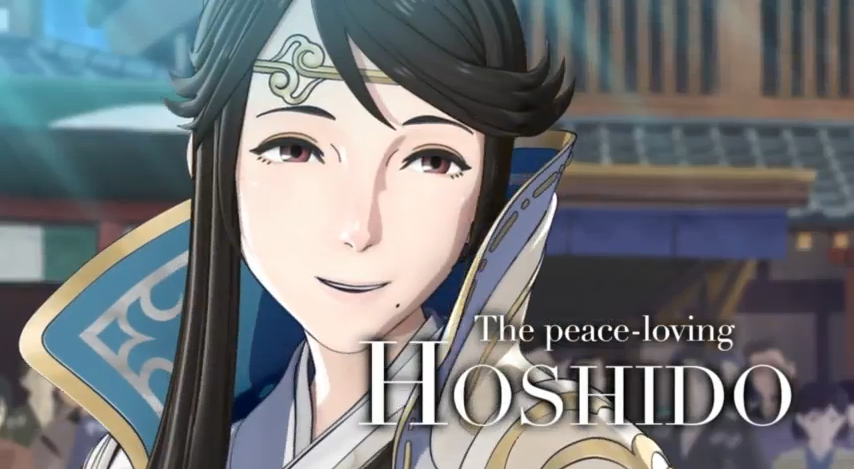 Hoshido, the side starring in the Birthright scenario of Fire Emblem Fates, comes across as stereotypically heroic. The characters of the kingdom are the underdogs. You root for them. After all, their kingdom is the one under attack. It’s the side that saw massive damage done to one city. Their actions performed are performed in self defense. The color white is even attributed to that side, one people often associate with purity. There’s an innocence to Hoshido, when following the Birthright route. This makes your actions feel righteous. 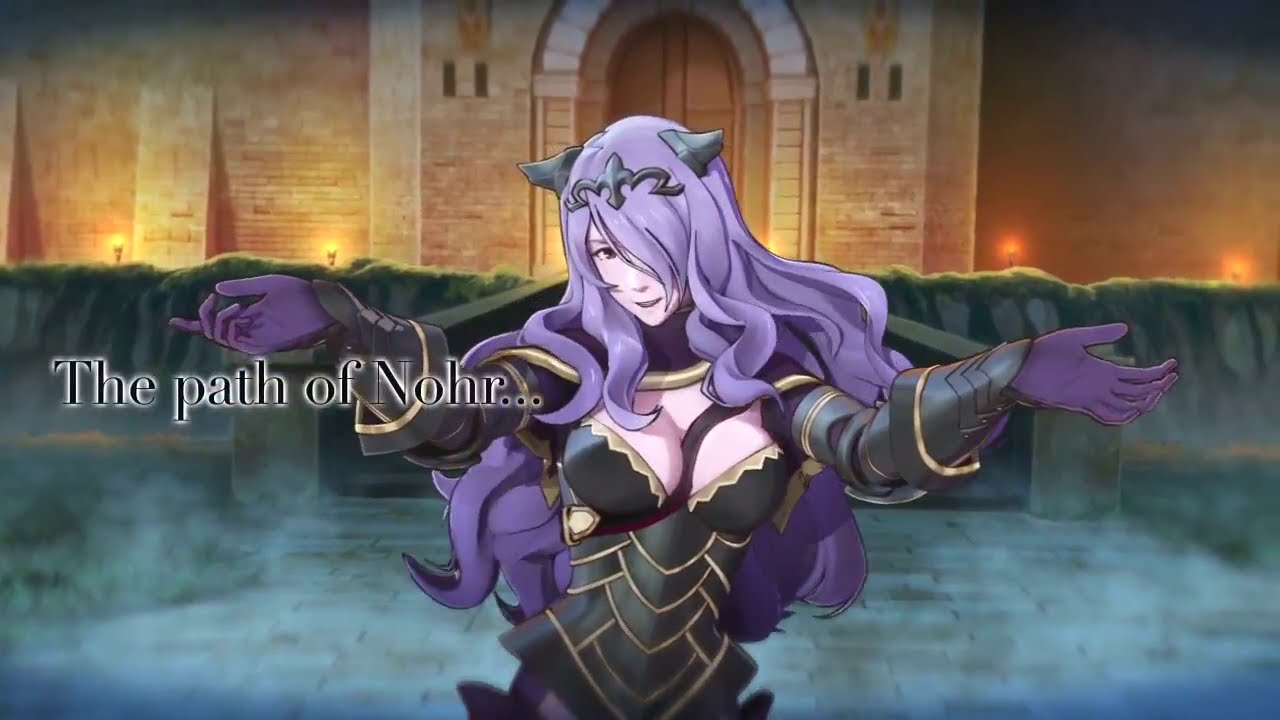 The contrast makes it easier to see members of the Nohr faction as a ruthless force. These are invaders. They’re on the attack, have a record of causing trouble for the nation, and seem to be beyond reason. The members of the army are clad in black, appearing dark and untrustworthy, like their alleged motivations. With one look, a person going through the Fire Emblem Fates Birthright storyline can look at Nohr and know they’re in the wrong.

Yet, it isn’t as simple as that. Flip sides, follow the Conquest characters, and it’s easy to see more virtuous elements in Nohr’s story. Yes, the country is overrunning Hoshido as Fire Emblem Fates begins. However, we learn that Nohr isn’t a very fertile or profitable country. While there is a malicious tone to the assault on Hoshido, not all of the intentions are bad. Even the character designs have noble trappings, with gold and purple used in the royal family’s attire. These more righteous colors, combined with the tone of reform in this side of the story, can lend merit to its motivations.

It’s harder to see Hoshido as an enemy when siding as Nohr, but there are overtones that can still make them appear as worthy opponents. The kingdom is made up of samurai, and the allusions to early Japan and such warriors can come across as imperious. Consider that Hoshido’s secondary color is red, that of blood. The player character may be working on the inside to see what’s happening within Nohr, thus making the home country an opponent, but Hoshido still represents itself as a force to be feared.

The two scenarios illustrate how real war isn’t a situation where one side is completely right and the other wrong. You can never know what’s happening in the opposing force’s lives. Likewise, the characters of Fire Emblem Fates show how people can be both valiant and villainous at once.

Xander, the elder brother on the Nohr side, could go either way. He’s a proud character, cold and matter of fact, but his bluntness is his way of being honest. He’s aggressive, but doing what he believes is best for Nohr and his family. His armor and weapon are intimidating, but his blond hair and paladin class suggests a righteousness and sense of purpose that isn’t entirely dark.

Hoshido’s Ryoma, the other elder brother, possesses qualities that could be considered stereotypically good and evil as well. He’s physically imposing, perhaps more so than Xander. It wouldn’t be out of line to call his appearance beastlike. His determination is almost overbearing, and he aggressively defends his country. The way those traits play out in the story could be considered positive and negative. In one route, it heroically leads to glory. In the other, it comes across as obstinate and foolhardy. The dominant appearance identifies a king at a glance and impresses, but makes him look more fearsome than Xander.

The leading ladies are the same: Camilla looks like the stereotypical femme fatale. The eldest Nohr princess, her personality in both routes can be seen as brutal. She makes no qualms about being willing to kill. This is tempered when playing the Conquest route because people are seeing why she behaves in such a way. Her family is most important to her, the player character especially, since she acted as something of a surrogate mother. It’s an odd contrast. Someone who can be so cruel in Birthright is downright maternal in Conquest.

She isn’t the only character to have a softer side that people only get to see if they play a certain way, demonstrating that everyone has masks they wear and elements to their personality that don’t always shine through. Hinoka, Hoshido’s eldest princess, is another. Like Camilla, someone only sees a more tender nature when Hoshido is the winning side. In her first appearance, she goes from a stalwart warrior to one who openly weeps upon being reunited with the player character. Otherwise, her warrior princess tendencies take over. All someone sees is a determined pegasus knight who will always charge into battle. Fierce is an accurate word to describe her, for better or worse.

A single point of view on events events isn’t accurate.

Altogether, these story and character elements pull together to show that a single point of view on events events isn’t accurate. There’s no sense of realism if conflicts aren’t multifaceted. The third campaign, called Invisible Kingdom, serves as a foil to the Birthright and Conquest plotlines. Invisible Kingdom is what someone expects from games. The player pulls everyone together, as unlikely as it may seem. Everybody patches things up to fight a mutual foe.

As positive a message as that sends, it doesn’t have the same nuance as the original two campaigns. It’s too clean, too easy. The Birthright and Conquest stories in Fire Emblem Fates ring true, because that’s how wars really go. Things get complicated, and good people can be on opposing sides. Certainly, Invisible Kingdom follows video game logic, but the other tales stand out and feel more substantial because they force people to think about whether their foes are really wrong.

Fire Emblem Fates is an oddity among video games. You’re picking a side and fighting an opposing army, but the fact that you could be siding with your foes the next time you play makes you think about the motivations behind the conflict. Seeing the characters from both sides provides a deeper understanding of human nature: The enemy in your game is a dear ally and close friend in someone else’s.