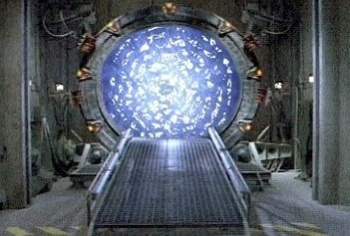 Of the things to be news last week, I did not expect that this would be among the big ones: Stargate, a decent-sized hit movie from 1994, getting the reboot/late-arriving-sequel treatment from its now much more famous/powerful original creators. In my line of work, this is usually the sort of thing that gets a lot of happy reactions – witness the celebratory response that greeted just the announcement of a Tron sequel a few years ago.

But the Stargate reboot has been met with a massive backlash, largely because the “franchise” exists in two very distinct forms: To Roland Emmerich and Dean Devlin (the director and writer of the original) and Warner Bros Pictures (who acquired the rights to the property in their purchase of the MGM library), Stargate is a single movie they made 20 years ago – not exactly a “classic,” perhaps, but the kind of lightweight early-90s “high-concept” genre movie many recall fondly from the era before Emmerich and Devlin themselves launched the thunder-and-fire era of blockbusters with Independence Day. It’s the kind of a movie a young studio executive might regard as “Oh yeah, I kinda remember that. With the sphinx aliens, right? Yeah. People might wanna watch that again.”

Meanwhile, to a fairly large and devoted fanbase, Stargate the movie – despite its popularity at the time and the presence of big names like Kurt Russell and James Spader in the cast, is little more than an introductory footnote to an entire universe of television spin-off series that began airing in 1997 and didn’t leave the small screen until 2011. First was Stargate: SG-1, a direct sequel to the film, but with different actors and a growing roster of new characters along with an expanding universe and mythos. Syndication was kind to SG-1 (this was the tail-end of the ’90s syndication boom and also the period when powerhouses like Star Trek were slipping into fallow periods) and it spun off into Stargate Atlantis and the short-lived Stargate Universe, plus the even shorter-lived animated installment Stargate Infinity. 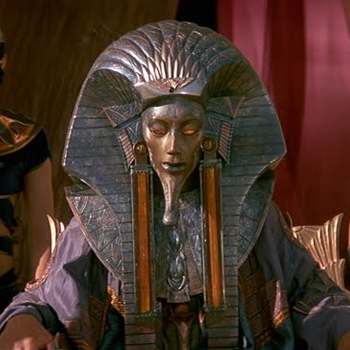 Shouldn’t be a problem, right? This is the era of cattle-prodding large fanbases into theaters for big opening weekend numbers (while relying on Hollywood action-hungry audiences in foreign markets for actual long-term profits) after all, and the series has provided a plethora of plot details, characters and lingering threads to play around with. The web marketing infrastructure (read: a roster of “favored” fansites to quietly drip-feed “leaks” to) is already well in place, even if the franchise hasn’t really had a major convention-circuit presence in years… right?

Stargate was an original creation of Devlin and Emmerich, and one that they (supposedly) had their had ideas about continuing the story of. But because they made it as Hollywood neophytes – yes, younglings! Once upon a time, you could begin your major moviemaking career with an original idea of your own! – they didn’t actually own the property. And while they set about production of ID4, Stargate’s studio and financiers passed the rights off to the television producers who created SG-1. These spin-offs were made with zero input or acknowledgement from Devlin or Emmerich, both of whom have been fairly vocal both at the time and recently that they were unhappy with the arrangement and were not at all fans of where the TV shows took their ideas. Emmerich especially had said many times that if he ever chose to revisit Stargate it would continue based on their ideas of where the story should go and not be informed by the shows.

And so, a conundrum: As much as fan-culture cherishes its seeming invocation of auteur theory adherence when supporting (certain) originators of franchises they love (see: Whedon, Joss); here we have a situation where the version of the property that has a fanbase is the one that the original author(s) consider a bastardization of their work. On the other hand, SG-1 and its offspring ran for a long time, and even if they didn’t come up with the foundational premise themselves its long-term writers and producers could conceivably lay claim to be the franchise’s more impactful authors overall. 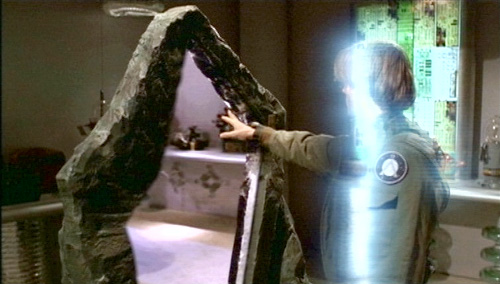 Complicating matters further, it remains extremely unclear what Warner Bros actually thinks is worth reviving about Stargate in the first place. With apologies to SG-1/etc fans, if the series version was something they thought could be turned into a profitable film series they’d have just done it without drafting Devlin and Emmerich back into the fold to begin with. Stargate, as a TV franchise, seems to have been one of those “sleeper” phenoms that can run for years making exactly enough of a profit to be worth renewing without actually making a noteworthy impact on the broader popular culture. (Want a time-displacement shocker? Go look up exactly how long Cartoon Network kept Ed, Edd n Eddy on the air.)

More likely, it’s a simple matter of cynical box office calculation. Oh, sure – someone at Warner Bros. could possibly count Stargate among their favorite films; but without numbers investors aren’t going to budge (“heart decisions” are how you end up, say, thinking that a live-action Scott Pilgrim is going to be a mainstream hit). This is math, pure and simple: A recognizable brand-name (“It’s not a risk, boss! It already worked before!”) in a popular genre/style with an attractive quick-pitch (“It’s like Star Wars but with army guys versus sorta-like the bad guys from 300!”) with a reliable director attached and the magic word “trilogy” already being tossed around. Throw in the mandatory attraction of the 3D/IMAX multiplier and you’ve got a greenlight.

It’ll be interesting to see how this all shakes out – maybe more interesting than actually watching the movie, which is likely filed next to the ID4 sequel in Emmerich’s “Stuff I have to do to shore up the clout to get Stonewall released. Apart from the business side of all this… who actually “owns,” in the bigger cultural-psyche sense, Stargate at this point? The guys who planted the original seed but only told one story from it? The caretakers who were given control against the wishes of the original authors but looked after it for years? The fans – and, if so, which fans? The feelings of SG-1/Atlantis/etc fans are well known, but is there also a sleeping groundswell of folks who loved the first movie, hated everything else and have been waiting for a MacGyver-free follow-up?

What a mess. Heaven help us if LEXX (which also started out as movies, though on Canadian TV) ever comes up on the to-do list…