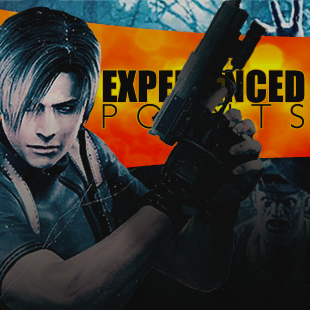 Resident Evil 4 is one of the most highly regarded games. Ever. On the PS2, it’s rated as #3 of all time, and actually scores well above the other two games (Tony Hawk 3 and GTA III, if you’re curious) when you average in user reviews. It’s certainly the high-water mark for anything with the name Resident Evil on it. (Including the movies. No, especially the movies.) People still talk about the characters and the gameplay is still fondly remembered. People still talk about key moments in the game, like the moment when the chainsaw guy shows up. The visuals still hold up today and every time a new Resident Evil game comes out it winds up getting measured using the RE4 yardstick.

And yet, I hated it. Not just a little. I really hated it. I was actually angry at the game for all the ways it annoyed me. Here’s why.

The vast majority of the people reading this grew up with some form of Nintendo. You either owned one or you had a friend who did. I didn’t. I was already in high school when the first NES came out. I grew up with the venerable Atari 2600, and I didn’t mess with console gaming again until I got a PS2 almost twenty years later. I missed the NES, the Super NES, the N64, all the Segas, and the first Playstation. In those years I was launching a career, getting married, and having kids. I didn’t have time or money for videogame consoles. I barely had enough for the few PC games I played.

When I finally got the PS2, one of the first games I played was Silent Hill 2, which is also one of the most acclaimed games of all time. It’s the best of the Silent Hill games and one of the best entries in the entire genre. I didn’t know it was a particularly high-quality game. I played it, liked it, and naturally assumed there were probably a lot of other Silent Hill 2-ish games out there. I’d heard of Resident Evil but didn’t know anything about it, except that everyone told me it was awesome. I thought, “Great! More survival horror!”

Which is to say I went in with a whole bunch of dangerously wrong expectations. I thought I was going to be scared out of my pants by some twisted psychological journey of paranoia and body horror, and instead I got a game where some boy-band reject tries to rescue the president’s daughter from a Medieval castle run by the Spanish Inquisition and midget Napoleon. It’s like expecting to see Blade Runner and getting Spaceballs instead. A campy goof can work, provided you’re in the mood for a campy goof.

I’ll admit that it’s very obviously goofy on purpose. This is unlike Metal Gear games where the claim of “satire” feels like the fans are maybe giving it more credit than it deserves. Resident Evil 4 doesn’t leave any room for the question of “Are they kidding or not?” It’s clearly trying to be as absurd as possible and it’s clearly doing it to get a laugh. But I don’t really “get” the appeal of the B-movie action schlock it’s sending up, so I can’t really appreciate the humor here, either. It’s kind of like how Galaxy Quest is aimed at fans of Star Trek. You need to be a fan of the thing they’re mocking to be in on the joke. Otherwise it just comes off like the writers copying the worst parts of already terrible material.

So you might think I’d have to ignore the story and just focus on the awesome gameplay. Except, the gameplay was miserable for me. See, I’d never seen a quicktime event before in my life. I was crushed by a boulder several times before I guessed what the game wanted from me. And even then I wasn’t sure. Should I hold the buttons? Press them once? Press them fast? While most of the young kids had been using this controller layout since the mid-90’s, it was all new to me. I was having enough trouble just getting the basics down, and I couldn’t recognize the symbol-based prompts fast enough to succeed. That kind of instantaneous reaction takes a long time to develop. It’s one thing if you get it slowly over the course of five or ten years. It’s another when you have to learn it all at once just to survive one stupid cutscene.

This problem with quicktime events made the problems with the story even worse. It’s easy to laugh off the Leon vs. Krauser fight as fun in a hackneyed, cheesy sort of way. But I promise you that the dialog gets really old when watched half a dozen times back-to-back. My first-ever column in this space was complaining about quicktime events, and my experience with Resident Evil 4 was a big part of that animosity. (I’m better at them now, but I still say they’re a lame and unimaginative substitute for actual gameplay and interactivity.) It’s pretty hard to ignore the story and enjoy the gameplay when the gameplay uses the story itself as a punishment for failure. 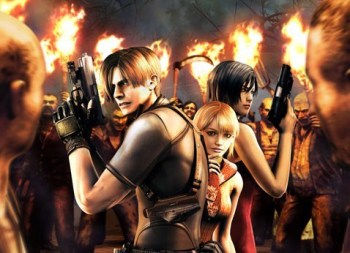 The game is almost actively hostile to newcomers. It assumes you know something about the Resident Evil lore and it expects you to know who the major characters are. When Ada Wong and Wesker show up for their flashy cameo cutscenes, the game doesn’t even bother introducing them. They’re literally just random people who jump into the story, are briefly treated like superheroes, and exit again without really accomplishing anything or moving the plot forward. I wasn’t thinking, “Golly wow, it’s Wesker. We’re sure in trouble now!” I was thinking, “Great. So who is this asshole? What? He left? Whatever.”

Years later I’m able to look back and see what the game was doing right and what people liked about it. The plot is still a pile of unfunny stupid and the quicktime events are still obnoxious, but now that I “get” Resident Evil (as much as anyone can get it, at any rate) and I know my way around a console controller I can see why it’s a classic. It’s a broad collection of polished areas with a generous variety of foes. Each area has its own feel and theme, from the tense peek-a-boo with the villagers at the start to the absurd giant-slaying of the late game to the frantic firefight against Krauser. It’s basically a “Greatest Hits” collection of all the gameplay from that console generation, strung together in a funhouse ride. I wouldn’t say I love it, but I can admire it now.

The reason I bring this up is because it nicely illustrates how absurd it is to insist on “objective” and “correct” review scores. (And yes I’m aware of the hypocrisy of linking to Metacritic to bolster my point at the top of this article, thank you.) Everyone told me that Resident Evil 4 was chocolate-dipped awesome wrapped in joy, and it really was a horrible frustrating insulting chore of a game for me. It was a terrible place to begin playing modern console games and not a good choice for someone looking for something edgy and scary. I would have loved to know that before I wasted my time and money on it. But imagine if someone had tried to warn me off. Maybe a friend, or maybe a professional critic might talk about the problems with the game. They would have been shouted down by a thousand howling fanboys who can’t bear to inhabit a universe where differing opinions exist. To them Resident Evil 4 was awesome, end of story, and all reviews should be written for their benefit. If anyone didn’t like it, or aimed their review at people new to the series or to gaming itself, then they were “haters”.

This is somewhat ironic, since die-hard fans don’t really need reviews as much as newcomers do. If you’re a hardcore fan, you’re probably buying the game regardless. Barring that, you can probably tell if you’re going to like a game just by watching trailers. You don’t need a review nearly as much as someone who’s never played the series before and who has no idea what a game is like or if they might enjoy it.

A lot of things can impact how much you enjoy a game. Your literary background, your age, or your expectations can color how you perceive the story. You skill level and frustration tolerance can keep you from enjoying or even finishing it. Your budget might make you more picky. Some games work really well when binged on and really terrible when played a few hours at a time over the weekend, which means your gaming habits will shape what you like. And this isn’t even getting into matters like personal taste. Yes, it’s reasonable for someone else to hate that game you loved, or love that game you hated.

All of this is just an attempt (hopeless, I admit) to get fans to give up on this notion of a “one true score” and stop freaking out when a reviewer steps out of line. Stop using reviews as a way to reinforce your beliefs and accept them as an honest expression of someone else consuming art. A diversity of opinions is good for you. Even if you disagree, it’s good to know why other people don’t like a game. They probably have very good reasons for not liking it, and understanding them can give you a bigger view of what games are and why people play them.

Shamus Young is the guy behind Twenty Sided, Spoiler Warning, and the column you’re reading right now. I mean, duh.