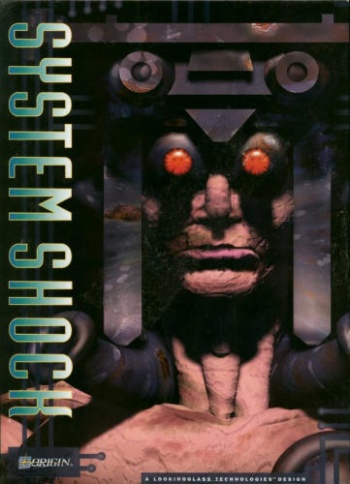 About three months ago I wrote about what made the original System Shock game a big deal. Then last month, it was announced that a new System Shock game is in the works, despite the fact that the franchise has been dormant for 17(!) years. Multiple people have asked me what I thought about it, and if I’m excited. After all, I’m such a fanboy that one time I wrote a fanfiction novel (warning: fanfiction!) about the first game. I must be going crazy with excitement, right?

It’s not that I think the game is going to be a disaster. System Shock 3 is being made by Otherside Entertainment, a studio created specifically to revive old classics like this. They even have parts of the original team involved. They haven’t shipped a game yet, but they have talent and their heart is clearly in the right place. If I was appointed King of All Video Games and got to decide who made what game, I can’t think of another team that would be better for this project. The problem isn’t that I think Otherside couldn’t do it, the problem is that I don’t think it’s possible for the AAA games industry of 2016 to make something like System Shock.

After 17 years, we usually stop talking about a series being “dormant” and instead talk about it in terms of being “dead”. The last game was three long console generations ago and pre-dates the original Xbox. The first game pre-dates the Nintendo 64. These games come from a completely different time, and were designed around limitations that no longer exist. Their design sensibilities are going to be totally alien to the way games are created today. Even if Otherside is eager to make those kind of games, I can’t imagine how they would get funding for such a project. And if they got funding, I’m not sure they could prevent it from being ruined by a hypothetical marketing team making well-intentioned suggestions to “modernize” the gameplay and make it “more mainstream”. 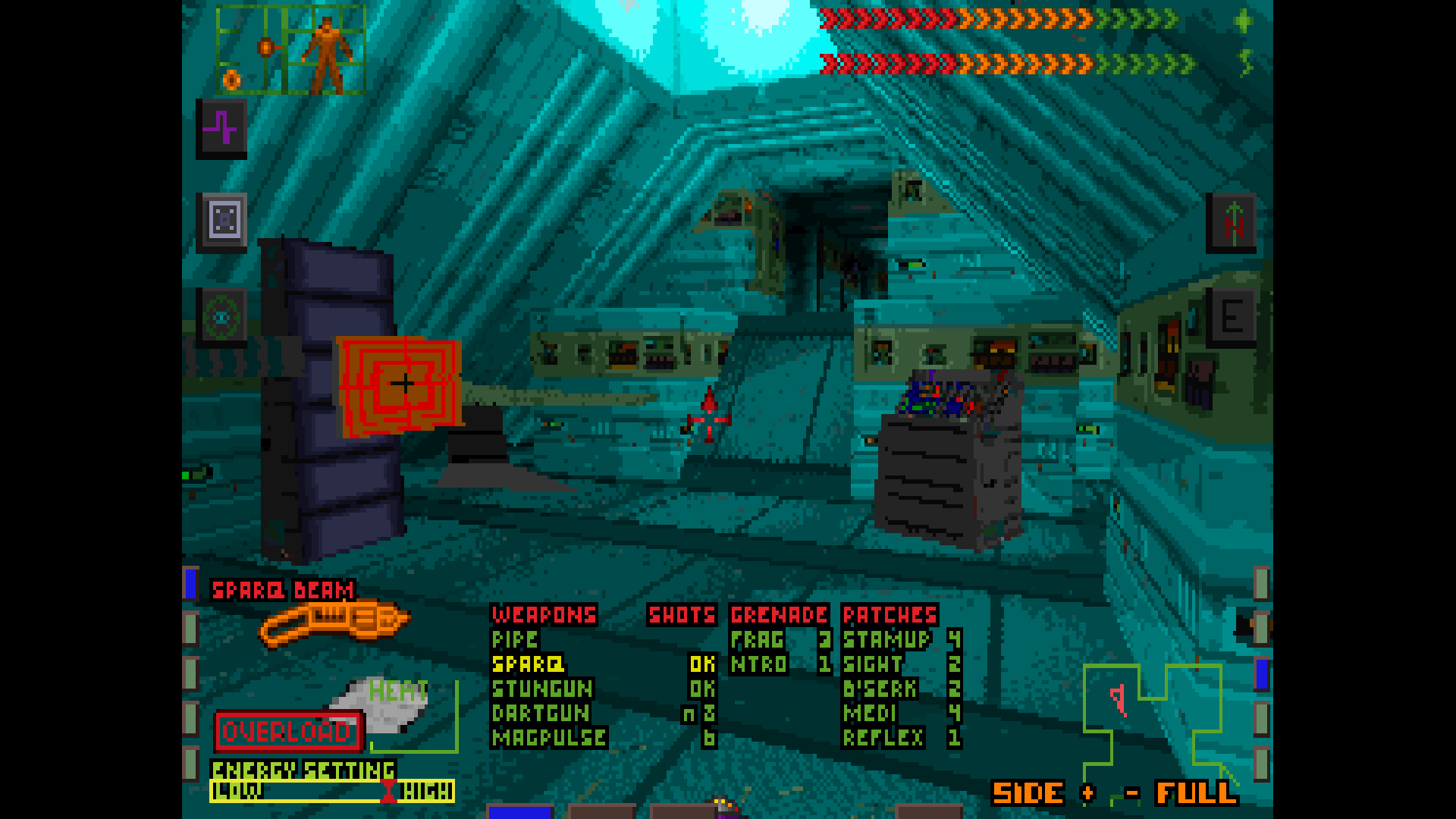 System Shock 2 was a slow-paced game of exploration, isolation, and resource management, with some survival horror elements thrown in. It was metroidvania in its approach to player direction and minimalist in its approach to storytelling. These concepts run counter to everything the industry is doing.

The inventory and item management isn’t going to go over well for anyone trying to design the game to be compatible with a thumbstick controller. “Do we really need the player to fuss around dragging items in and out of their inventory? Couldn’t we just have a button to do that? Better yet, can’t we just get rid of this grid and keep things in a list? Let the player carry as much as they want. It’s more fun that way.”

The atmosphere was always about the paranoia of being alone and watched by a malevolent, omnipresent computer. It was a world where everything was trying to kill you and nobody was left to help you. We already know how marketing responds to this. “Aren’t audiologs out-of-date? I remember reviewers griping about them in BioShock. How about we give the player some friends? We can have other people talk to the player on a regular basis and remind them of their current tasks. We can make one of them a sexy girl for the player to rescue. Wouldn’t it be better to have some slick cutscenes with character beats and one-liners? We can put those in the trailers.”

The original games were all about immersion. It was first person with a silent protagonist. That’s a major aspect of the flavor of these games, and it’s considered archaic today. I’m not just talking about marketing or executives, either. A big portion of the gaming audience hates silent protagonists and wants the game to create their character for them. That’s fine. Everyone has different tastes. But a game where you’re playing a stock, detached badass voiced by Nolan North is not going to feel anything like a System Shock game. 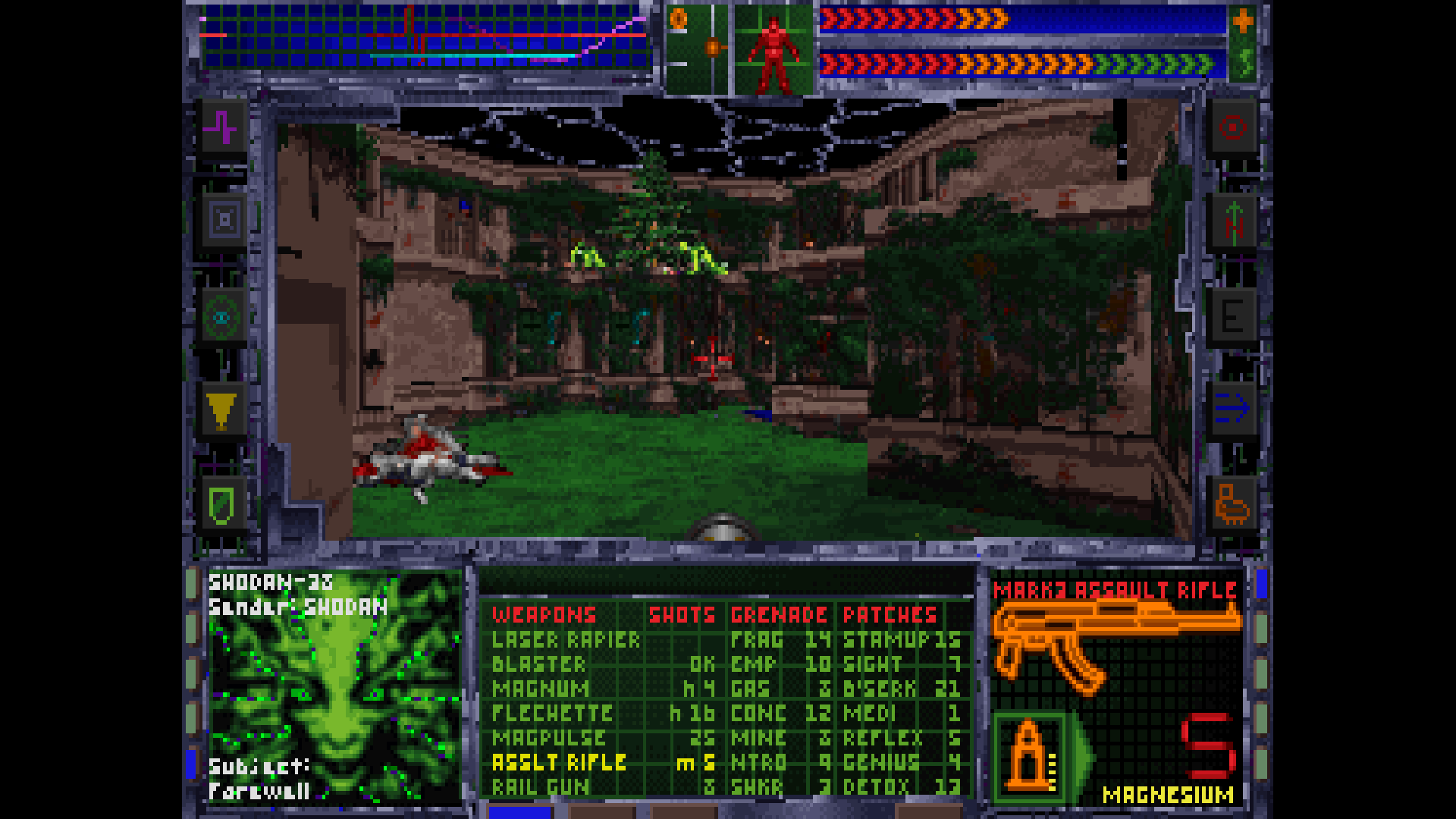 Instead of allowing players to go through the content at their own pace, they’re funneled from one action set-piece to the next. This makes for nice trailer-friendly cutscenes of explosions and destruction, as well as making it easier on the game designer / aspiring moviemaker who is trying to force the player through a pre-set story. But it also kills the sense of autonomy and agency the player can feel when they’re allowed to make decisions for themselves. Even in games where you are given a little freedom, it’s usually heavily telegraphed and mildly patronizing.

To put it another way: The Thief franchise is of a similar lineage to System Shock, coming from the same original studio and featuring many of the same creative people. Thief also is easier to translate to modern games simply by virtue of it being far simpler. And yet the recent Thief reboot was a narrative and mechanical mess that failed both as a Thief game and as a modernized AAA stealth game.

Even when old franchises are successfully revived, the realities of modern development mean that they often lack some of the magic that made the originals great. I really liked Deus Ex: Human Revolution, but it can’t hold a candle to the scope of 2001’s Deus Ex. The X-Com reboot went well, but it wasn’t nearly as deep or complex as the original. It’s not that I think a proper sequel to System Shock is impossible, it’s that so many trends are running against this particular style of game that the developers are going to have to spend the entire development cycle swimming against the tide.

I hope they pull it off. But I’ve also witnessed a lot of games get lost in translation, even when they have the talent and money to make it happen. I’ll be there on launch day to see how it turns out, but I’m going to try very hard to temper my expectations until then. The odds are long, the trends are all pointing the wrong way, and the historical precedent is not encouraging.