It’s time for me to take on another reader question by going off on a tangent and running out of space before I give them a straight answer. The question this week:

What is the point of having a “Luck” factor in video games like Fallout 4 or The Binding of Isaac? Is it so the player can feel better when good things happen? Or is it just made to mess with a random number generator in a way that might not even be noticeable? 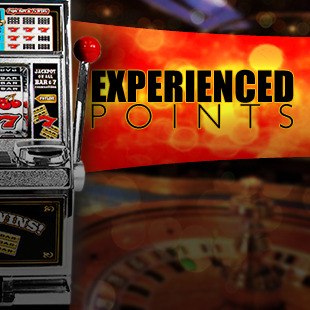 “Why do games have random elements?” is a really big topic. You could probably make a pretty good doctoral thesis out of it. If you were the enterprising sort, you could even have a go at turning the question into a book. But here we’ve got enough space for a column, so let’s see what we can do with it.

Just nailing down the discussion to a particular type of randomness is hard. In some action games, your foes might choose randomly from several available tactics. Once they choose, their attacks often go through some sort of randomization to decide if they hit or not. Then damage is chosen randomly from within a specified range. There might also be an other random roll to see if someone got a critical, and another to figure out how much bonus critical damage is inflicted. Then some random rolls are done to determine if they drop any loot, and if so, what kind. And if you’re playing a procedurally generated game like Minecraft, then the monsters themselves and even the entire world are arranged or controlled by random numbers being fed through algorithms.

So there are a lot of reasons we use random numbers.

Some games have a lot of mechanical depth, where you might press dodge, block, counter, heavy attack, light attack. In that case, fights will naturally have a lot of variety and (assuming the foes have interesting behaviors) every fight will feel a little different than the one that came before.

But if we’re playing something a little less action-oriented and a little more number-crunchy, then the game is often about managing resources (mana, hitpoints, potions, spells, gear, etc.) more than performing attacks. And then we run the risk of the moment-to-moment combat becoming too predictable. If it always takes exactly four hits to bring an enemy down, then the repetition can quickly become tiresome. There aren’t any decisions to make (other than “keep attacking” or “don’t, for some reason?”) and there aren’t any surprises, so the player isn’t really engaged.

I know “random” and “balance” don’t seem like they should go together, but that’s only if you assume the goal of balance is to keep the playing field perfectly level.

Consider a game with flat damage. You’ve got a sword with 34 damage and all foes have exactly 100 hitpoints. It will always take three strikes to kill an enemy. Then you find a sword that does 49 damage. Sadly, that new sword is functionally identical to the old one, because it will still take three hits to kill a foe.

But let’s say the game has a random element to it and you deal damage between 45 and 55. And maybe you’ve got (say) a 5% chance to land a critical for double damage. Now we’ve got a fight that’s unpredictable, yet still driven by your character’s stats. Some foes will die in 3 hits. Some will go down in 2. And in rare cases a good damage roll will be paired with a critical and you’ll put someone down in a single hit.

If you get another sword that deals 47 to 57 damage – just two points of damage more – then that’s still an upgrade. It will make the 2-hit fights a little more common, and the 3-hit fights slightly less common.

So randomness gives the game a bit of moment-to-moment variation, and the ability to gradually improve your combat efficiency through upgrades.

I know “random” and “balance” don’t seem like they should go together, but that’s only if you assume the goal of balance is to keep the playing field perfectly level. But often that’s not actually the goal.

In a perfectly level game, the better player will always win, and so any degree of randomness will favor the weaker player. As a game designer you probably don’t want a game of pure skill, particularly if you need to maintain a steady stream of new players to pay the bills. It would mean a new player would need to spend hours and hours losing before they ever get their first taste of victory. That’s frustrating and most people will look elsewhere for their entertainment. Your userbase will shrink and your game will die. 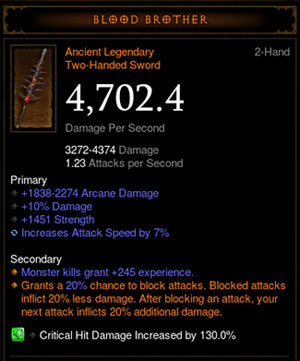 Perfectly level (or at least, perfectly predictable) games are sometimes boring for the stronger player as well. There’s not much thrill in victory if you never felt you were at risk of losing.

A bit of randomness solves both of these problems. The newbie can get a few early victories when the dice bless them. Sure, the strong player will probably hate being defeated by bad dice rolls, but they’re also more likely to enjoy winning if they felt they were at some risk of losing. Depending on the genre, letting the dice nudge the game can result in a better experience for all parties. (Not always, obviously. I don’t think chess would be improved by trap cards and dice rolls.)

There are a lot of ways to break this up, but one way is will a dash of random. Sword #1 does more damage, but sword #2 gives more criticals. Or perhaps both weapons do an average damage of 50, but Sword #1 does 45 to 55 and sword #2 does 15-85. Now figuring out which is “best” requires you to think about the mechanics, your foes, and your playstyle. If you favor lots of slow attacks then maybe the reliable damage is best, but a flurry of light attacks would benefit more from more criticals. Instead of “one best weapon” you end up with “best weapon for this foe, assuming a certain playstyle”. There’s more to think about and the player can experiment for longer before getting bored and moving on.

There’s one more aspect of game design driven by random numbers. It’s probably the most important one, but it’ll have to wait for next week’s column.