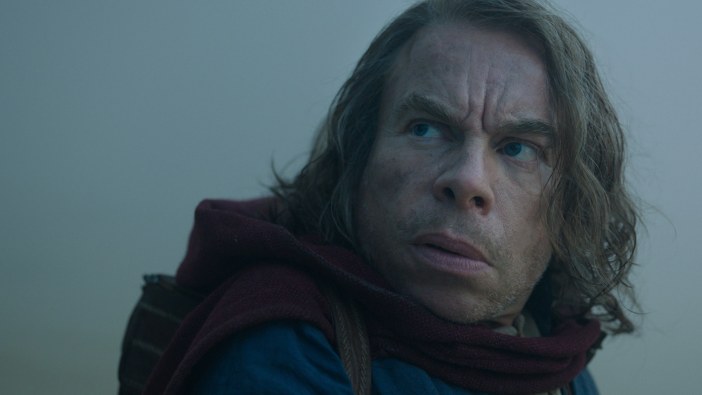 This discussion and review contains some spoilers for Willow episode 2, “The High Aldwin,” the second part of the premiere on Disney+.

It is interesting that, as a property, Willow has remained within the larger Lucasfilm family.

Obviously, Willow originated as one of the movies that George Lucas pushed through production in an effort to capitalize on the success that he had enjoyed with Star Wars. Raiders of the Lost Ark is the most successful of these, while Howard the Duck remains a cautionary tale that haunts the dreams of Hollywood executives. Willow falls somewhere in the middle, a project that was critically and commercially disappointing at the time but has grown a strong cult following in the years since.

The spinoff television show was developed by screenwriter Jonathan Kasdan. While Kasdan has his own career, notably as a writer on shows like Freaks and Geeks and Dawson’s Creek, he is also the son of legendary writer and director Lawrence Kasdan. Lawrence Kasdan had a long relationship with George Lucas, working as co-writer on Raiders of the Lost Ark, The Empire Strikes Back, and Return of the Jedi. The two generations of Kasdans even collaborated on the script for Solo: A Star Wars Story.

There is a debate to be had about nepotism in Hollywood production, particularly in the franchise age. There is something disconcerting in seeing major franchises passed down from one generation of filmmaker to their children, with Jason Reitman making Ghostbusters: Afterlife as an unsettlingly nostalgic and reverential love letter to his father’s work on the original Ghostbusters. However, it is also worth conceding that sometimes professions do pass down from one generation to the next.

Of course, Lawrence Kasdan did not work on the original Willow film, even if Jonathan Kasdan did work on the script for the as-yet-untitled fifth Indiana Jones film. Still, Jonathan Kasdan seems to be borrowing quite a few of the tricks that his father employed when reviving another dormant Lucasfilm franchise. Watching “The Gales” and “The High Aldwin,” it seems that Willow has taken several of its cues directly from The Force Awakens, which was co-scripted by Lawrence Kasdan. 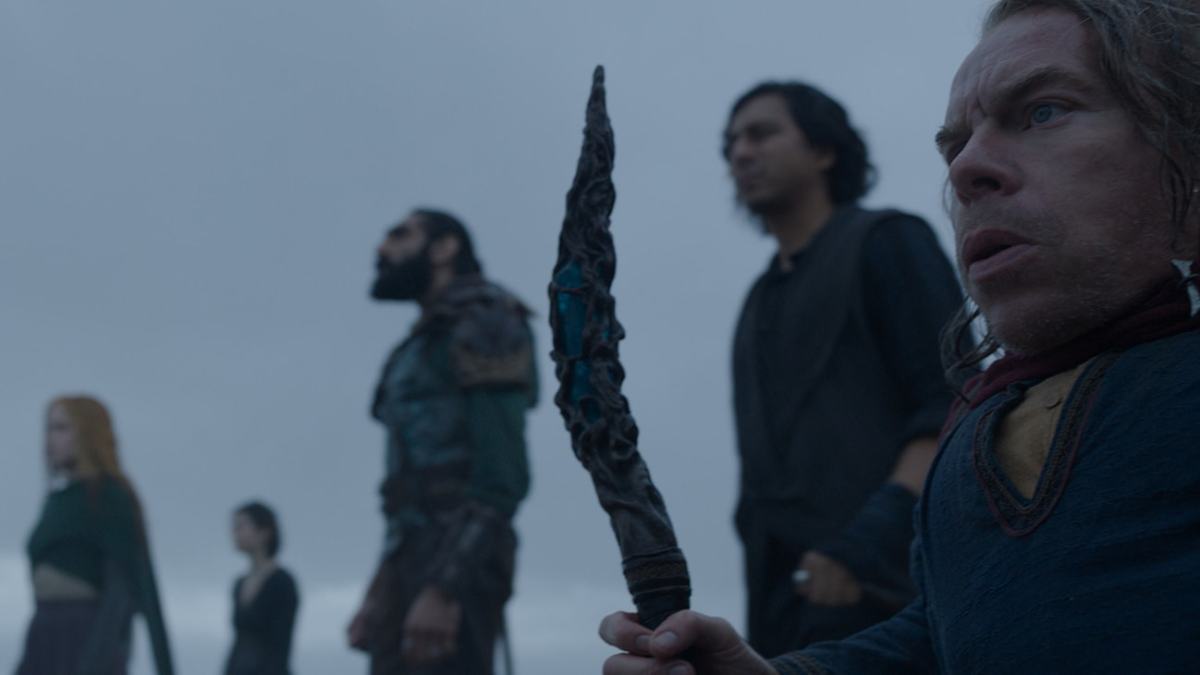 Some points of overlap are overt. Much like The Force Awakens builds a mystery box around the identity of Rey (Daisy Ridley), Willow starts out with a mystery about that would-be messiah Elora Danan was “hidden away” with her “true identity concealed — even from herself.” As if to underscore the point, Sorsha’s (Joanne Whalley) narration is set against the image of a literal box being closed on a wand — like the one in which Rey would find Luke Skywalker’s (Mark Hamill) lightsaber.

Some points of overlap are much more specific. Late in “The High Aldwin,” Willow (Warwick Davis) reveals that he is haunted with fragmented and nightmarish visions of death and destruction, which are similar to what Rey experiences when she finds herself drawn to that hidden trinket. More generally, the show’s emphasis on the relationship between master and apprentice recalls the cornerstone of portrayals of studying Jedi in the Star Wars franchise.

At one point, Kit (Ruby Cruz) even asks when magician-in-training Dove (Ellie Bamber) will start “shooting lightning bolts out of her fingertips,” evoking Emperor Palpatine (Ian McDiarmid). Willow’s description of how magic “flows through all living things” recalls Obi-Wan Kenobi’s (Alec Guinness) explanation of the Force. Still, allowing for the broader references to the larger Star Wars franchise, several of the cues in “The Gales” and “The High Aldwin” are lifted directly from The Force Awakens.

Of course, this makes a certain amount of sense. For better and worse, The Force Awakens is very much the template for the modern nostalgia boom. The movie was at the time the fastest film to gross $1B and remains the highest-grossing movie of all time at the domestic box office. It garnered highly positive reviews. Its influence was obvious on all manner of subsequent legacyquels, including David Gordon Green’s Halloween and Dean Parisot’s Bill & Ted Face the Music. 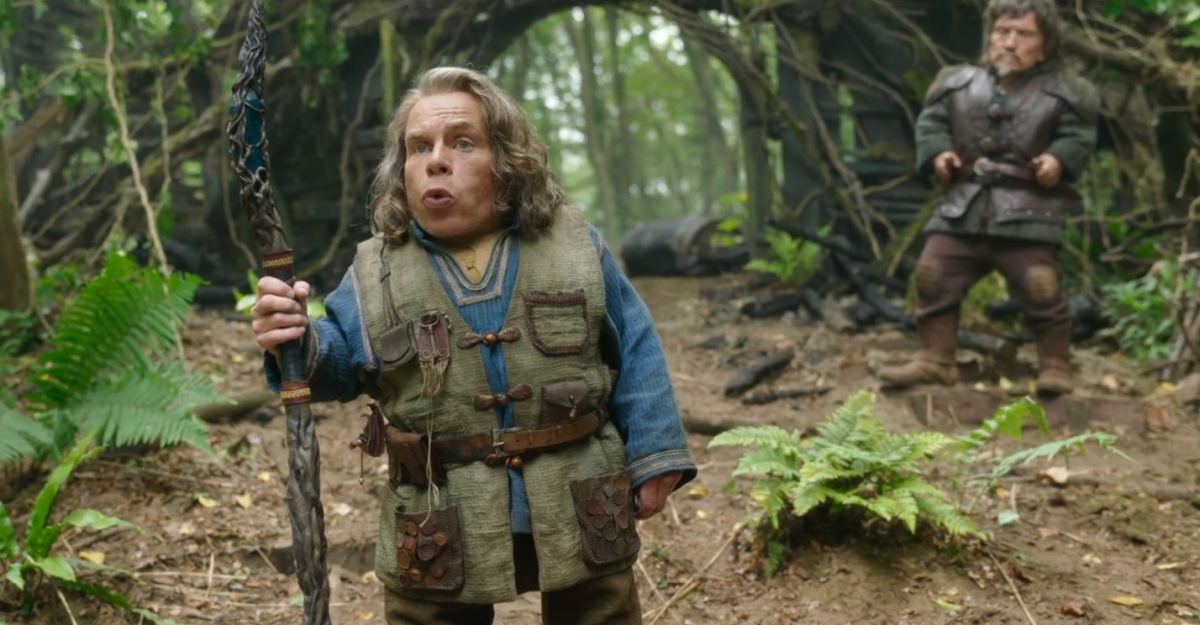 To be fair, The Force Awakens was a double-edged sword. After all, if nothing else, this was the film that led to the nostalgia black hole of The Rise of Skywalker. It is not a force to be employed lightly. To its credit, Willow seems to understand this. Notably, it avoids one of the bigger issues that arose from The Force Awakens by resolving its mystery box quite early with the reveal that Dove is Elora Danan at the end of “The Gale.” It avoids the sort of mystery box issues that plagued The Lord of the Rings: The Rings of Power.

Of course, it is entirely possible that the revelation of Dove’s identity is a red herring and the series is wrong-footing audiences for a major reveal about Ruby (Erin Kellyman). However, the series has committed hard enough to the idea of Dove-as-Elora that the question no longer hangs over the narrative and the characters. It’s a smart choice that will hopefully avoid the necessity for clumsy retcons as in The Rise of Skywalker. However, Willow still borrows a lot from The Force Awakens.

Like The Force Awakens, Willow is built on the assumption that the fairy tale marriage that closed the earlier film did not end in a “happily ever after.” Sorsha has separated from husband Madmartigan (Val Kilmer). She looks back on their relationship as a folly of youth. “What can I say?” she asks in narration. “I was young.” As necessitated by Val Kilmer’s real-life health issues, Madmartigan is gone by the start of “The Gales,” having seemingly abandoned his children.

Of course, it seems likely that Willow will ultimately be built around some grand reconciliation between Madmartigan and his children Princess Kit and Prince Airk (Dempsey Bryk). However, this starting premise recalls that of The Force Awakens, in which Han Solo (Harrison Ford) and Leia Organa (Carrie Fisher) have separated while Luke Skywalker has cut himself off from the Force. While this might upset some fans obsessed with nostalgia, it is a solid dramatic hook for a sequel story. 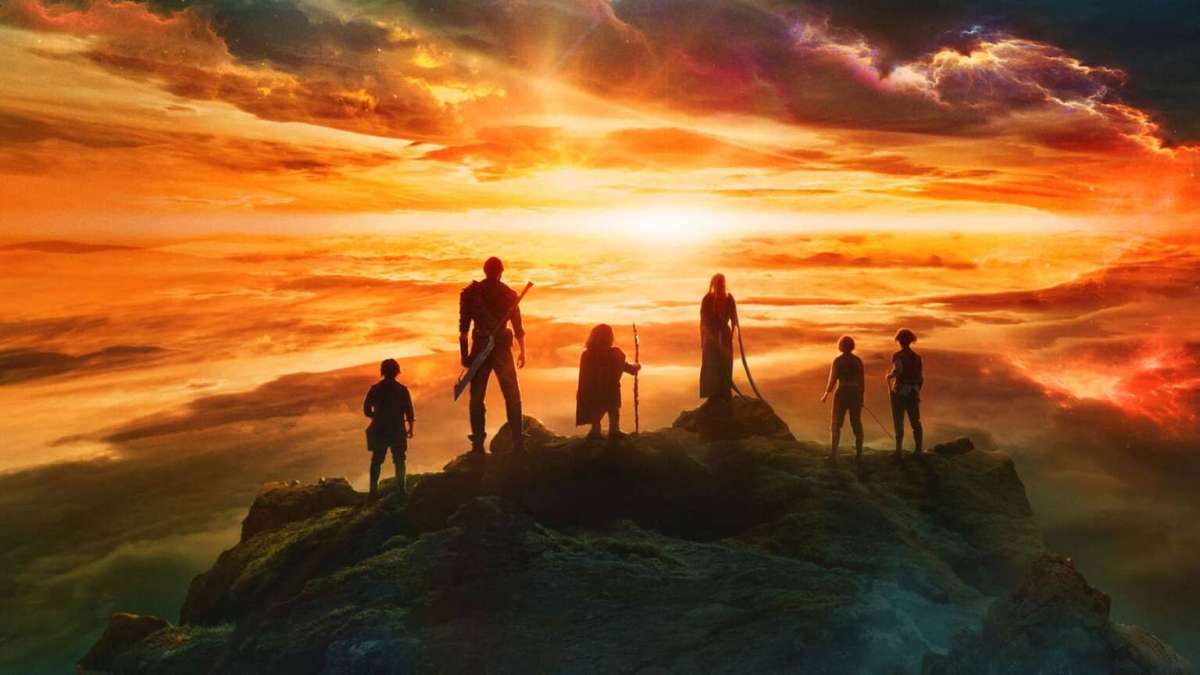 Indeed, “The High Aldwin” makes a point to introduce the show’s title character in much the same way that The Force Awakens framed Han Solo. True to the original film, Willow isn’t presented as some romantic or idealized figure, but as a flawed human being with his own journey to make. The opening flashback establishes this. “You are the bravest man I have known and you have the truest heart I ever will,” Sorsha assures Willow. “But you’re not a great sorcerer, and you never will be.”

It’s a commendable choice, particularly for a show titled Willow and built around nostalgia for the title character. Ultimately, “The High Aldwin” suggests that Willow is a complicated figure rather than a simple icon. He feuds with Sorsha about whether to train Elora and winds up publicly humiliated for his efforts. He forces Kit and her entourage to sit through a showcase of his magic skills, but it is more pathetic than inspiring.

In a moment made for the trailer, “The Gales” reintroduced Willow by having Kit declare, “The world needs you again. It needs your magic.” However, there is something clever in the way that “The High Aldwin” insists that Willow needs these young people as much as they need him. “I can’t defeat the Crone with you; you can’t save Airk without me,” he tells Dove. She replies, “I guess that makes us partners.” Willow insistently corrects her, “No, it makes me your teacher and you my student.”

Much like the characterization of Han Solo in The Force Awakens, it is a good choice. Warwick Davis is a naturally gifted comedic performer, as demonstrated by his long-term creative partnership with Ricky Gervais. Davis is able to play that side of the character in a way that is genuinely engaging, while also hinting at an underlying pathos. After all, the character’s one goal was to guide the messiah who was destined to save the world. How does it feel to have failed in that? 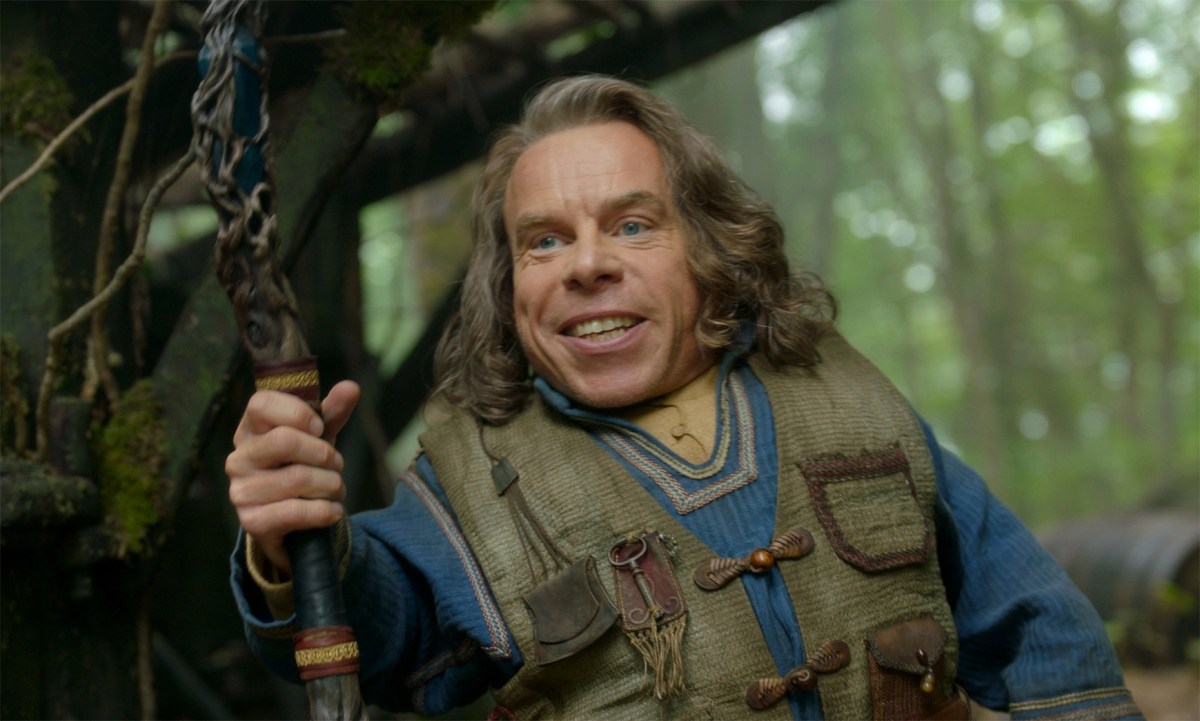 Again, it is a choice that balances the competing demands of nostalgia, having to bring these characters back with the dramatic necessity of telling a story built around them. After all, if these characters did live happily ever after, there would be no meaningful dramatic tension in their lives. Making these characters major players in this larger story necessitates some core conflict and a character arc where their end point differs from their starting point.

There is no denying the pull of nostalgia on Willow. At its core, like The Force Awakens and Ghostbusters: Afterlife, this is a story about parental failure. It is about how an older generation failed to adequately vanquish a monstrous evil, and so that responsibility falls to their children. “Our true enemy is still out there,” Willow warns Sorsha, recalling Sorsha’s warning to Kit that “Bavmorda’s (Jean Marsh) blood, her spirit, survived” in “The Gales.”

Ultimately, what will distinguish Willow from nostalgic follies like The Rise of Skywalker and Ghostbusters: Afterlife will be the same thing that determines whether it can resolve the central tension within The Force Awakens. At its core, Willow needs to square that central thematic hook of parental failure with the lure of nostalgic fan service. The show has done a decent job so far, but The Force Awakens demonstrated that setup is far easier than payoff.