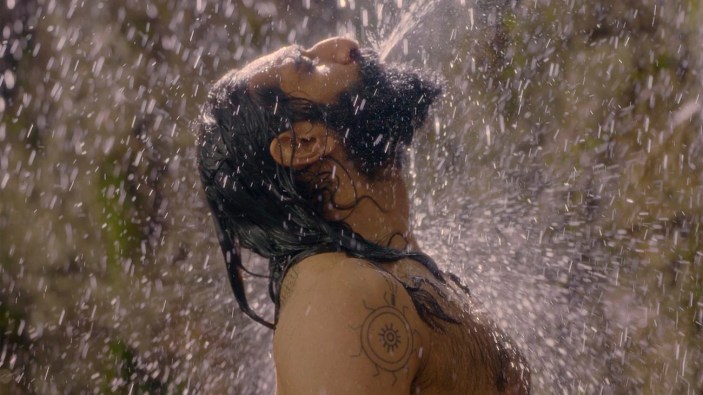 This discussion and review contains some spoilers for Willow episode 6, “Prisoners of Skellin,” on Disney+.

With “Prisoners of Skellin,” Willow regains a little of the swagger that it lost with “Wildwood.”

After taking a mid-season breather, Willow presses forward. “Prisoners of Skellin” is an episode that works in large part due to its momentum and energy, fumbling some of its big emotional beats, but counting on a charismatic cast and sense of fun to carry it across the line. In particular, “Prisoners of Skellin” embraces fantasy tropes, builds itself around a very self-aware guest performance, and adds a little variety to its Lucasfilm Easter eggs. It’s not perfect, but it works well enough.

If “Wildwood” suffered from a complete lack of plot, “Prisoners of Skellin” is left to rush to cover a lot of narrative ground. It picks up from the cliffhanger ending of “Wildwood,” as Kit (Ruby Cruz) and Willow (Warwick Davis) are kidnapped by trolls, forcing Boorman (Amar Chadha-Patel) to lead the rest of the team on a rescue mission. However, the episode then pivots sharply into a treasure hunt while also resolving the dangling plot thread around Madmartigan (Val Kilmer).

“Prisoners of Skellin” has to get through a lot of plot, and the script is decidedly inelegant. There are a lot of contrivances here, with Kit conveniently brought to the dungeons built on top of her father’s final resting place and Boorman’s rescue mission becoming a treasure hunt. “Prisoners of Skellin” tries to cover this clumsiness with jokes and self-aware asides, with both Jade (Erin Kellyman) and Dove (Ellie Bamber) pointing out how tired that twist is, but it is still unconvincing.

This shagginess is obvious in other ways. The script repeatedly loses track of characters. Graydon (Tony Revolori) is separated from the party early in the adventure but is conveniently reunited with them at the climax. There is too much going on to follow him or explain what happened to him, so he just wanders out of the story and back into it. Scorpia (Adwoa Aboah) splits from Boorman, and her escape from the prison is rendered via exposition from Jade, about her instinctive feeling that Scorpia got out. 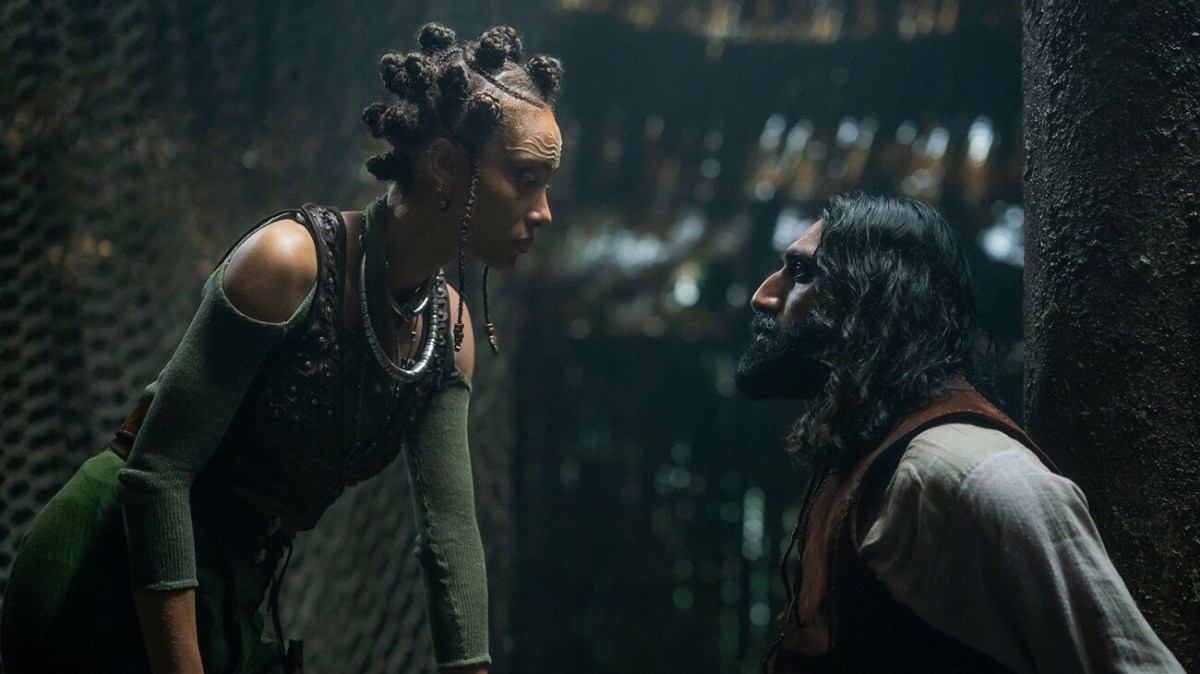 After all, there are uncomfortable connotations to the idea, common in fantasy settings, that entire races of beings are inherently and inescapably evil. It’s particularly unsettling when the groups identified as evil are those who look the least “human,” like orcs or trolls. “Prisoners of Skellin” initially seems to play with this idea, introducing Lord Sarris (Tom Wilton), “Chief Administrator here at Skellin.” Sarris plays against clichés of trolls. He is erudite, thoughtful, and polite.

There’s a nice joke baked into the premise here. In the film, the villainous General Kael (Pat Roach) was reportedly named for famous film critic Pauline Kael. Sarris seems named in that tradition, an obvious allusion to Andrew Sarris. Sarris was described by Richard Brody as “the one indispensable American film critic” and was the leading proponent of auteur film theory. It may be notable here that Ron Howard, the director of Willow, is often discussed as a filmmaker who defies auteurism. 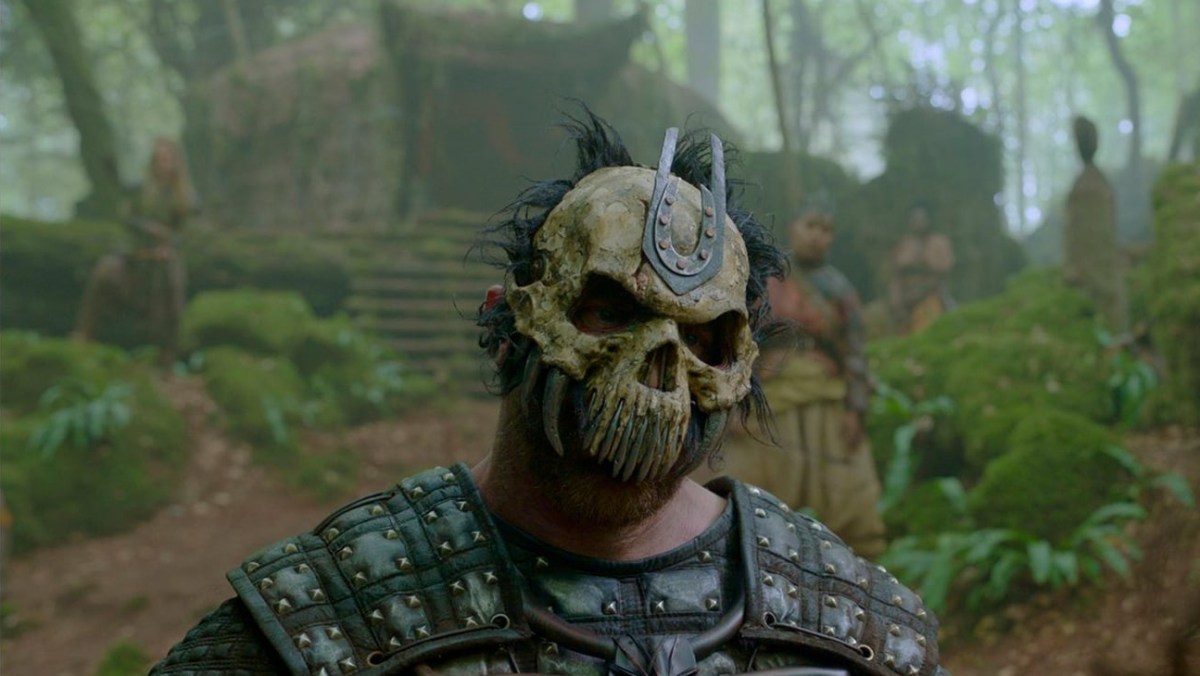 Ultimately, the trolls in Willow are as inherently evil as the orcs in Peter Jackson’s The Lord of the Rings movies. Sarris just adds a veneer of civility to their brutality. Sarris is horrified at the accusation he would torture Kit. “Torture you?” he repeats. “What do you think we are? Animals?” He elaborates, “We only want to incentivize you to work with us, in procuring that which our mistress desires above all else.” It is a more pleasing euphemism than “enhanced interrogation,” at least.

It seems like Willow has reached the limits of its transgressiveness. It isn’t picking at fantasy tropes any longer; it’s just dressing them up in playful ways. There is some fun to be had with this. While locked in the dungeon, Kit encounters a prisoner played by Christian Slater. The devilish rogue initially claims to be Madmartigan, in what feels like a sly reference to the possibility of recasting Val Kilmer’s role with another lovable 1980s heartthrob and rogue, with just a little bit of edge to them.

“Prisoners of Skellin” seems afraid to commit fully to the bit, to lean into the fourth wall-breaking gag about how impossible it would be to replace Kilmer, even with a presence as charismatic as Slater. So this imposter caves almost immediately to questioning from Kit and Willow. He confesses that he is actually Allagash, and he served with Madmartigan. It is fascinating how the absence of Val Kilmer, for obvious real-world medical reasons, becomes an ordering principle for Willow.

Kilmer was apparently written out of Willow just before it entered production, with the actor (understandably) wary of the health risks arising from filming a series during a global pandemic. This might explain some of the clumsiness and contrivances at play in “Prisoners of Skellin,” which feels like the episode that was intended to build to an emotional catharsis for Kit and her absent father. “Prisoners of Skellin” renders Madmartigan as a disembodied voice, just out of reach. 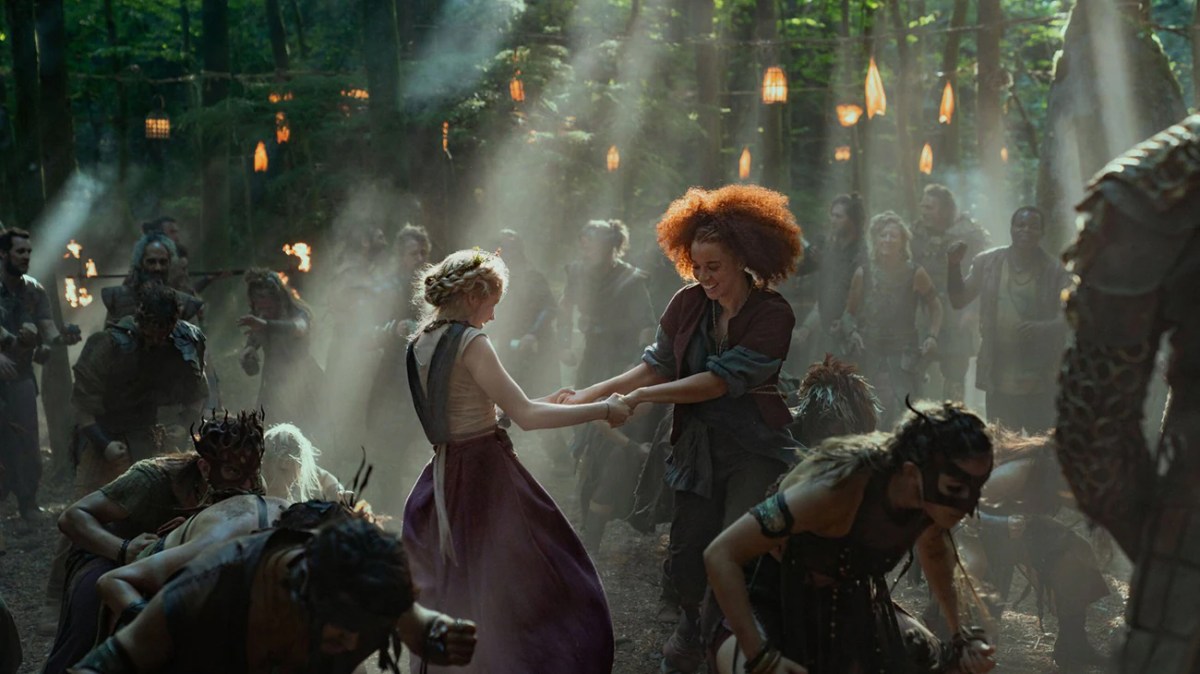 Kilmer’s absence creates a compelling emotional throughline to “Prisoners of Skellin.” Earlier in the season, particularly in episodes like “The High Aldwin” and “The Battle of the Slaughtered Lamb,” Willow framed itself as a story about the children of a fractured and divided household. “Prisoners of Skellin” leans hard into the absence of parental figures. With Willow dragged away to Skellin, there are no adults present. Even the older members of the party are more like elder siblings than parents.

This is most literal with Scorpia. Although she is the leader of the Bone Reavers, she is not Jade’s mother. She is Jade’s older (and only surviving) sister. Earlier episodes suggested that Boorman could be seen as a substitute for Madmartigan, a tether to Kit’s long lost father, but “Prisoners of Skellin” makes it clear that Boorman is just as much an abandoned child. He was Madmartigan’s squire, not his equal. He was “like a son” to Madmartigan, not a brother.

“Prisoners of Skellin” neatly mirrors the two sets of children abandoned by Madmartigan. When they are reunited, Allagash and Boorman squabble like brothers. They wrestle embarrassingly with one another, each yelling accusations about how the other betrayed Madmartigan. It is a more absurd twist on the emotional tension that exists between Kit and Dove, in particular the resentment that Kit feels towards Dove as the object of her father’s devotion.

“He was calling to me — to me,” Kit explains to Dove about the voice in the chamber. “And I could have got him. I could have brought him back. And I could have finally understood why, every time, he chose you instead of me.” Again, the theming isn’t especially subtle. This is the language of a child of divorce, a young girl wondering why her father “chose” to leave, and resenting the child to whom he devoted his life. It is a solid emotional hook — one all the more effective for Kilmer’s absence. 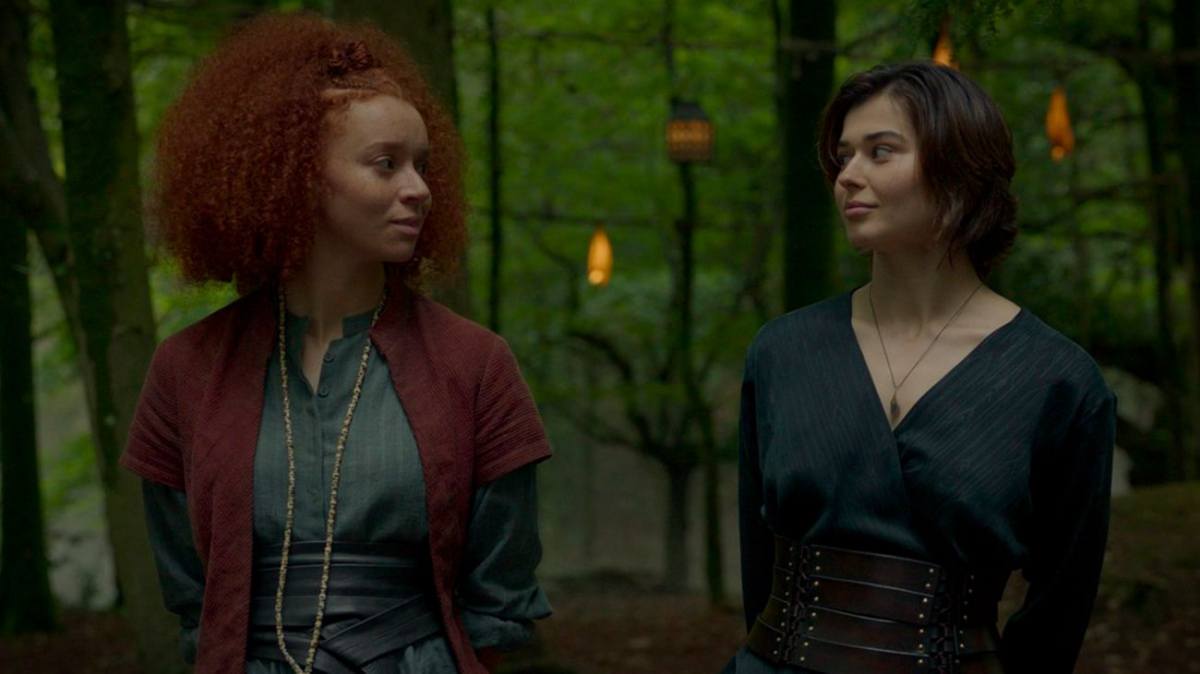 As with a lot of Willow, “Prisoners of Skellin” peppers its plot with winking references and knowing allusions to other more iconic Lucasfilm properties. While infiltrating an enemy fortress in disguise is a common adventure trope, the scenes of characters sneaking through Skellin in full-body coveralls can’t help but suggest Luke (Mark Hamill) and Han’s (Harrison Ford) infiltration of the Death Star in Star Wars. However, “Prisoners of Skellin” takes a lot of its cues from another Lucasfilm property.

“Prisoners of Skellin” is a messy and uneven installment, but it has enough charm to sustain itself. It recaptures some of the magic of the season’s earlier episodes.