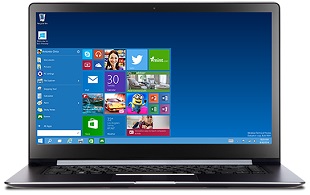 There’s always a bit of a wave of Windows PC upgrades when Microsoft ships a new operating system, but as The Dude says? Strikes and gutters, ups and downs.

And the Windows 8/8.1 era has most definitely been a valley, after the boon seen under Windows 7. And every downturn is eventually followed by an upswing, which is what Windows 10 is poised to be.

During the Credit Suisse Technology Conference last week, Intel president Renee James said that roughly 600 million PCs in homes and businesses are four years or older, and these systems are prime targets for upgrading.

“That’s kind of a perfect storm, combined with a new OS, and the OS usually pushes the upgrade cycle,” James said.

Some of these systems are going to stay put (like if they’re using applications that still require an older version of Windows), while others will undoubtedly install the new OS on older hardware. But for a large chunk of the aging PC segment? A new PC with a new OS is likely in store.

Even if half of these 600 million systems upgrade, that’s nearly one new PC for every person living in the United States. And with the average PC selling price hovering around $500 (in 2012, according to NPD), we could be talking about $150 billion or more in revenue for PC makers during the Windows 10 release window.

Dell and other PC makers are already bull-ish on Windows 10, and now it’s easy to understand why.