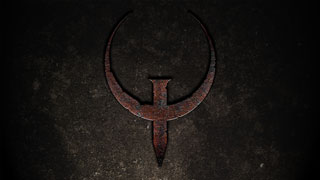 The original Quake turned 20, and a Wolfenstein: The New Order dev Machine Games made a new level to celebrate.

They’ve made a new episode for the original Quake to celebrate the twentieth anniversary of the venerable shooter.

The new episode comes as a RAR file. All you need to do to play it is to extract the file to a new folder named DOPA in your main Quake directory. For Steam users, that’s [Steam directory]\steamapps\common\Quake. Then add this: “-game DOPA” to the command line you use to launch your the game (In Steam, right-click the game name, click Properties, Launch Options, and add that text into the box provided). Once that’s done, you should go straight into the new episode when you start the game.

Happy 20th to Quake @idsoftware! As a gift to the fans, we created a new episode of the game https://t.co/BTgju8tLuI pic.twitter.com/gHlxBgjcBU— machinegames (@machinegames) June 24, 2016

For those of you that don’t own Quake (for shame), you can get it for $2.49 in the Steam Summer Sale that’s underway right now.