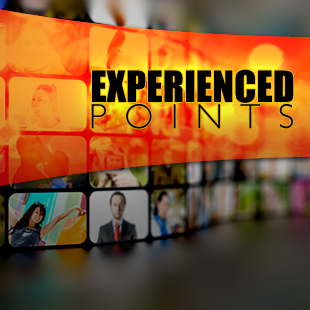 YouTube is a major part of videogame culture. It’s where the trailers appear. It’s where we post our let’s play videos. It’s where we put speedruns, walkthroughs, strategy guides, tournaments, highlight reels, reviews, rants, genre deconstructions, analysis, and glitches. YouTube serves roughly the same purpose as the stands do in a modern sports arena. That’s not where the game is played, but it’s hard to imagine the sport without it. Like gaming sites and forums, it’s part of the connective tissue of the hobby.

Which is a shame, since YouTube is a horrible broken mess of Byzantine rules with Orwellian enforcement.

Two weeks ago YouTube personality Doug Walker (The Nostalgia Critic) teamed up with a number of other individuals to protest the unjust behavior of Google’s Content ID system. It was a great video that outlined how unfair YouTube was, how destructive it was to conversations, how random and unpredictable its behavior was, and (worst of all) how it created an incentive for people to steal the modest income of small content producers who aren’t breaking copyright laws, but who don’t have the financial and legal muscle to protect themselves. It kicked off a social media protest under the #WTFU (Where’s The Fair Use?) hashtag and tried to make the public at large aware of just how bad things are for people trying to make content for YouTube.

How it works is this: Let’s say you make a video review, preview, or critique of the new Tomb Raider game. Maybe you use trailer footage to show people the gameplay. Maybe you use game footage you recorded yourself, which will naturally includes the in-game cutscenes. The problem is that someone else already uploaded the same (or similar) footage and claimed themselves as the the owners of the copyright on that material.

Maybe it was Sony. Maybe it was Square Enix. Maybe it was a major gaming site. Maybe it was a small outfit of copyright trolls who exist only to harass people like you. It doesn’t matter. For the purposes of this example, I’ll call this other party “Rando”. YouTube’s Content ID system notices that twenty seconds of your video is identical to twenty seconds of Rando’s. Therefore your half-hour video is deemed to be infringing on Rando’s copyright. Two hours after your video goes up, the automated system detects your nefarious crime. Advertisements run before your video, and all of the revenue is sent to Rando.

(Imagine if the reverse was true. If a television talk show showed a viral cat video and the original cat owner could simply claim all of the income for the entire show, even though the hour-long program only played a few seconds of cat video.)

Not only is this system deeply unfair, it also runs without any sort of checks or balances.

You immediately file a dispute, saying that your video is clearly not infringing. Rando’s claim to ownership might be valid or not (I’ve had to deal with outfits who uploaded someone else’s trailer and pretended they own it) but in any case, the claim is bogus because excerpting twenty seconds to make a half-hour of original video is a completely legitimate action. Just like I could quote a couple paragraphs of a Stephen King novel here in my article without needing to cut a check to King, you’re allowed to sample a small part of a longer work for illustrative purposes.

Rando doesn’t need to respond. They can just ignore your counter-claim for a couple of weeks and continue to soak up income from your video. If they don’t respond, then eventually their claim against the video will pass and you’ll once again start getting ad revenue from it. Of course, by then everyone has already watched the video. Rando filed an unjust claim against you and took 95% of the revenue from original content that you produced.

But wait, it’s worse! Not only is this system deeply unfair, it also runs without any sort of checks or balances. Rando can continue to run this scam forever, stealing the income from hundreds of tiny producers. Rando never has to give back the money and there will never be any punishment for it, no matter how many invalid copyright claims they make. (Or rather, no matter how many invalid claims are made on their behalf by the automated system.)

Some people claim that YouTube “has no choice” but to use Content ID. That’s not quite the case. It’s true that the DMCA does put obligations on YouTube (or any other media-streaming service) over how they need to operate, but Content ID goes above and beyond those obligations.

Let’s set aside the fact that the copyright standards for a large part of the world are being set by a United States law that was written in 1998 by lawmakers who had almost no understanding of the internet and how it worked. Let’s also ignore the fact that even if the DMCA was well-crafted in 1998, the online world has changed radically in the following 18 years. Let’s just accept the DMCA on its own terms for the moment. While the DMCA demands plenty of things that are dumb, harmful, or unreasonable, Content ID isn’t one of them.

Let’s say I’m running a site where anonymous users can upload their own content. The DMCA says that if Megacorp contacts my website and claims that some user content is actually their copyrighted material, then Megacorp can’t sue me as long as I take the material down right away. I’m not a fan of the DMCA, but I have to say that this provision is an improvement over what we had before. Previously, if any of my millions of users uploaded an old M*A*S*H episode, Megacorp could sue me directly as if I’d uploaded the material myself, on purpose, with intent to pirate their work for profit. In the legal system pre-DMCA, it would have been impossible to run anything like YouTube, Soundcloud, Facebook, or Imgur. If enough people uploaded copyrighted stuff, the IP owners could sue me into submission. Eventually I’d go out of business or (more likely) they would “settle” for controlling interest in my company. You think things are bad now? Imagine a world where all those sites are owned by the likes of Time Warner, Viacom, and Disney.

But the law says that if Megacorp spots offending content, YouTube is obligated to remove it. The DMCA doesn’t say that YouTube is obligated to find that content themselves and tell Megacorp about it. YouTube is effectively snitching on its own users. That would be fine if Content ID actually recognized properly infringing cases, but it’s a blind catch-all that flags infringement for the slightest matches.

When Megacorp sets up their account, they provide YouTube with a fingerprint of all of their copyrighted material. YouTube also allows them to specify how sensitive they want Content ID to be. Megacorp could tick a few dialog boxes and create a relaxed policy that allowed for fair use. But they don’t. They can have Content ID blindly flag anything that might possibly be a match, anywhere, ever, and then have the automated system punish people and make them fight their way out of the penalty box.

This setup lets each party blame the other. YouTube says, “Hey, I just told them about the possible infringement. They’re the ones who set the policy to be so tyrannical!” Megacorp says, “Hey, I have to defend my copyright. I’m just going by what YouTube tells me! It’s not my fault their system creates all these false flags, although I really appreciate it since it’s basically free money for me at the expense of pissant YouTube personalities who could never take me to court.”

They don’t care, and the system has all kinds of incentives for them to continue to not care as hard as possible.

We find two children in front of a burning house, one with a fuel canister and the other with matches, and each of them is pointing an accusing finger at the other.

“Don’t look at me, the house wouldn’t have burned if it hadn’t been doused in gasoline!”

“Don’t look at me, the fire wouldn’t have started if he hadn’t lit that match!”

Of course, this is not the only part of YouTube that’s a creepy Orwellian judge-bot that assumes everyone is guilty until proven innocent. I ran into a very similar thing with their AdSense program a couple of years ago. This just seems to be their default policy: Create a brutal, unreasonable automated system and then stack layers and layers of ablative bureaucracy between the user and the people running the system. This insulates YouTube from having to deal with the consequences of their malfunctioning systems, which leaves them lots of free time for building newer, even more indifferent autocratic monitoring systems.

The purpose of copyright is to protect people who create content from the actions of those who don’t. It prevents me from printing and selling copies of Harry Potter without paying J.K. Rowling. The bitter twist here is that Content ID now does the opposite of this. A hard-working individual can make original content for YouTube, but if that content sets off the Content ID system then a powerful corporation – who did nothing to create this original work – can take the resulting income for themselves.

I hope you weren’t reading this looking for the happy ending. The #WTFU campaign came and went, and YouTube predictably didn’t even acknowledge that it happened. They don’t care, and the system has all kinds of incentives for them to continue to not care as hard as possible.