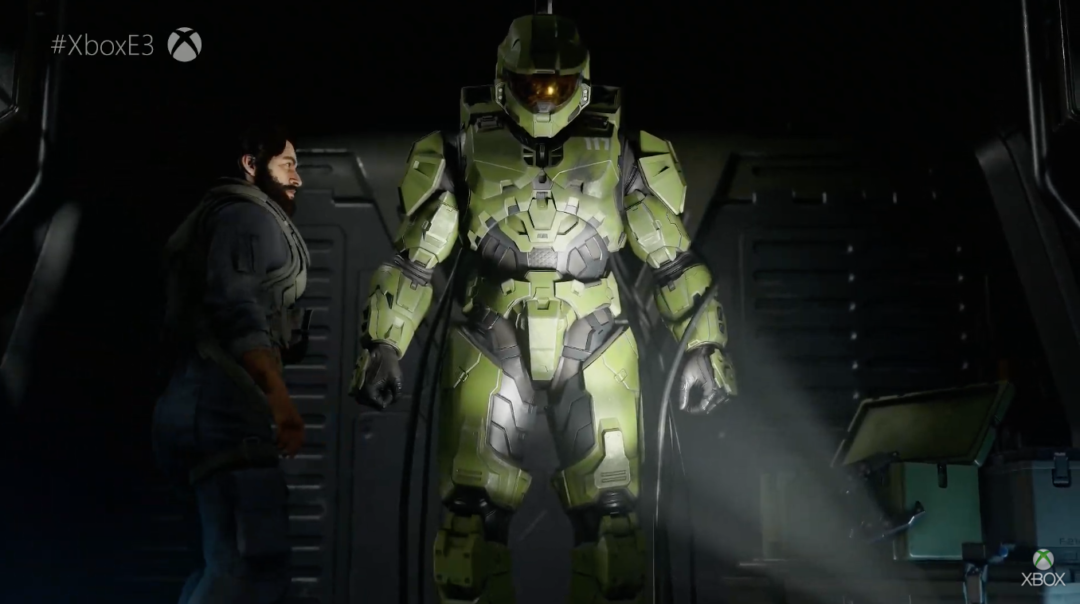 If you knew nothing about this year’s E3 prior to watching Microsoft’s Xbox E3 2019 Media Briefing, you would be forgiven for thinking that absolutely nothing about the Western world’s premiere gaming event has changed. You’d never know that there will be no E3 2019 PlayStation announcements because Sony has skipped the show entirely. You’d never know that Google was entering the fray with Google Stadia, taking on Microsoft, Sony, and Nintendo with what sounds like a viable streaming alternative to traditional consoles. Microsoft talked about its new console Xbox Scarlett and its 2020 release date alongside Halo: Infinite. It discussed xCloud, it’s own streaming service coming at the end of 2019. It showed many, many video games. Some are new like Elden Ring, the George R.R. Martin and From Software joint. Some are old like Gears of War 5, which for some reason they just keep calling Gears 5. The presentation has many trailers, many pop songs, many lulls, and a few surprises. Naturally a car appeared on stage, but this one was made of Legos. Well done, Microsoft. You got us. For Microsoft, it seemed like business as usual, and that business seemed familiar but strong.

Something was different, though. While Xbox’s big E3 presentation vibrated with anxiety about the future of video games and how they’ll be delivered — streaming, subscriptions, new consoles, services, and skyrocketing development costs are changing everything — Microsoft also quietly achieved something it’s struggled to accomplish since entering the console business 18 years ago. For the first time, Xbox has a sense of a legacy as a game maker. Xbox finally has the sort of historical identity console makers like Nintendo and Sony, not to mention veterans like Sega and SNK, have leaned on for years for creating not just a financially viable technology business but also an aesthetically recognizable artistic enterprise. In the past, Microsoft was the game publisher and developer with the gun guy and the car and the other gun guy. Now it feels like something more, a circulatory system flowing across two decades.

Gun guy, car, and other gun guy were all there, though. They are, after all, still the heart at the center of that Xbox circulatory system. Halo: Infinite capped the show with another story-centric tease of the continuing adventures of Master Chief, history’s most surprisingly charismatic faceless bipedal tank. Gears 5 took up a significant portion of Xbox’s stage time, first with one of the series’ signature arty trailers that don’t show a lick of the actual game followed by the lengthy descriptions of its cavalcade of multiplayer modes. With car, Xbox got playful. It was surprising for Microsoft to forego announcing a full-on new Forza driving game — Forza 8 is undoubtedly going to be a showcase title when the Project Scarlett console makes its proper debut next year — but even more surprising that it pushed a major Forza Horizon 4 update with a full Lego makeover.

With that Lego car rolling onto the stage, a delightful recontextualization of an Xbox staple helped illuminate some of the other announcements. Lego Star Wars: The Skywalker Saga was a reminder of how profoundly successful and enjoyable Lego Star Wars II: The Original Trilogy was as an essential early Xbox 360 game. The same feelings bubbled up when Tales of Arise, a new role-playing game in Bandai Namco’s inexhaustible series, appeared in a cryptically melodramatic trailer. Tales of Vesperia was a beloved exclusive on Xbox 360 in the West, marking the console as part of a more diverse gaming ecosystem than its predecessor had been. Elden Ring brought back Dark Souls; The Outer Worlds harkens back to Xbox 360’s most playable versions of deeply broken Obsidian games like Alpha Protocol and Fallout: New Vegas, not to mention original Xbox work like Star Wars Knights of the Old Republic 2: The Sith Lords that were equally ambitious and barely functional.

Some of these are outside of the Xbox Game Studios system, though, footnotes on the family tree taking shape in this press conference than actual limbs.A more striking and clear image of that Xbox legacy emerged in those branches. By opening the show with Bleeding Edge, developer Ninja Theory’s first original game for Microsoft since the studio was acquired last year, a lost part of Xbox’s history was finally given the spotlight. Like all of Ninja Theory’s games, Bleeding Edge centers on theatrical melee fights with outlandish characters wearing an unusually large amount of eye makeup. Heavenly Sword, the company’s first game in that lineage, was released on PlayStation 3, but it began life as an original Xbox exclusive that Microsoft cancelled. More than a decade and a half later, Ninja Theory is finally defining who Microsoft is as a game maker.

That history also reverberated in the shocking announcement that Microsoft has acquired Tim Schafer’s Double Fine Productions. Psychonauts, like Heavenly Sword, began life as an original Xbox exclusive and was almost wiped from existence when Microsoft cancelled the project. Majesco saved the game in 2005 and eventually ported it to PlayStation 2. Seeing Psychonauts 2 on stage further outlined a richer Xbox history than has been visible in the past. Even the return of Microsoft Flight Simulator, a once ubiquitous PC game series that was the very core of Microsoft’s video game identity prior to the creation of Xbox, felt like a unifying force. Microsoft’s 2009 closure of the Flight Simulator studio in Vancouver, subsequent reopening and then even more abrupt second closure in 2012, was bizarre at the time. Why throw away an icon with a committed annual audience or a niche in the development world that was carved out entirely by your company? Now it’s back, and the Xbox’s soul feels more intact.

What has impressed me most about Xbox over the past couple of years is how willingly and aggressively it’s pivoted away from the idea of a video game ecosystem — hardware, publishing and developing software, multiplayer and game subscription services, community, etc. — as something fixed around a physical object. Whether it’s an arcade cabinet, console, PC, or handheld, a machine has always been the nucleus of a video game’s cell. As streaming becomes viable and subscriptions begin to replace (or at least more broadly supplement) large single game purchases, that machine’s prominence is becoming antiquated and limiting. Consoles and gaming hardware are not dying anytime soon, nor are they changing dramatically in the short term. Xbox Scarlett sounds remarkably similar to Sony’s still officially unnamed PlayStation 5.

But as Microsoft itself said during its presentation, the ways people play games is diversifying at an exponential rate. Xbox games will be played on phones, tablets, PCs, smart TVs, VR headsets, game consoles, and systems that we don’t even know about. I expect to see Xbox games on other companies’ consoles sooner rather than later. My bet’s on Nintendo Switch by the end of 2021. What matters to Xbox, and to anyone else competing and creating on the same scale, is not the box itself anymore. It’s the identity, the philosophy, the feeling that unifies those games. Microsoft’s rivals have known that for years. Now it does too.